Hi from me a kiwi in namibia on a japanese bike made in brazil dressed by the china clothing company.

Just in Swakopmund for a rest on the west coast in the middle of nowhere, there's lots of those in Namibia. I've got this pronunciation thing sussed out. Keetmanskoop is cave mans soup and Kolmanskop is cold mans soup, easy.

Got through the border ok just got the carnet signed by customs and paid the road tax. There's some looooooooooonnnnnnnnnnnnnnggggggggg roads in Namibia. They've got 37,000 km of gravel and 5,000 of tar, lots of loose gravel and sand but getting used to it slowly. The bike weaves a bit, tyres down to 100 kpa works better. Got to fish river canyon a smaller version of the grand canyon river about 1 km down. Just after a springbok ran out in front of me and stayed on the road for a while, silly boy they do 60 kph.

Through the savanna then and hills looking like they are above the clouds, nice gold colour grasses and more springbok and ostrich, then gas at Aus in the middle of nowhere again before going through a herd of locusts. Amazing sight. You don't get plastered if you go 50 kph, faster and they hit you like rocks.

To Luduritz then on the road to nowhere. Beautiful sunsets and a diamond area the one i found was to heavy to pickup so i had to leave it there. Over to a ghost town called Kolmanskop they got a ton of diamonds off the ground b4 moving south to a better area. The men crawled on there stomachs to pick them up, now the sand is taking over and collapsing the buildings. There I amazed a man who couldn't stop saying: "a 200!, a 200! How do you get it serviced?" He said, so I told him I get the boys to come in with the helicopter, as you do, the reply was: "a 200!". He did have GS on the side of his bike in the garage though.

After that I hit more minor roads on the Namib/Naukluft park border, nice with more animals now, a big flock of oryx and springbok in the distance, cool. To Maltahohe to rest and change tyres back to original good run out of the road/trail ones i got, went well until the tyre lever got me *!+_:"#!!. They stayed up to, amazing.

More back roads and wild camps through a reserve and zebra awesome to Sossuvlei. My second wild camp had a gap under the fence so i got a late night visit from an ungulate, springbok or oryx. I heard him walking around and munching grass so he was close. As long as he only had hooves i was ok, I think. Sossuvlei was nice better on the way out with better light. The last 5 km was soft sand so i was all over the place going in and riding like Alfie Cox doing the Paris-Dakar coming out. Great fun but not easy, only one real soft piece with first gear and just moving.

Then to Swapokmund through the desert warmer now than down south but very barren and lots of sand and no bucket and spade. Had to use my jerry can of fuel then. Also over the tropic of capricon.

The camera crapped out so I got a new one but the new camera wiped all my photos out from cpt to here bugger, so the dune pix are from a couple i met at Sessriem. I sent the best pix anyway up to Springbok before so only really lost Namibia. Bart when are ya coming up here still lots to do in namibia. 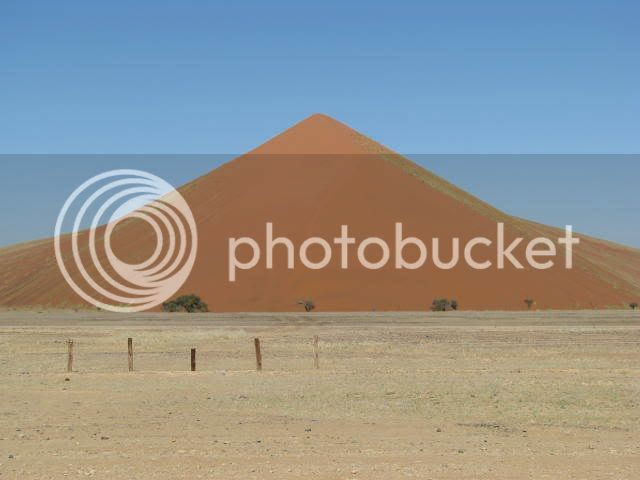 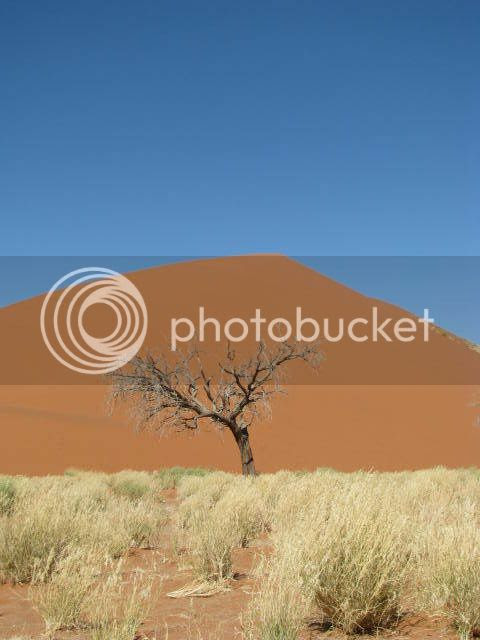 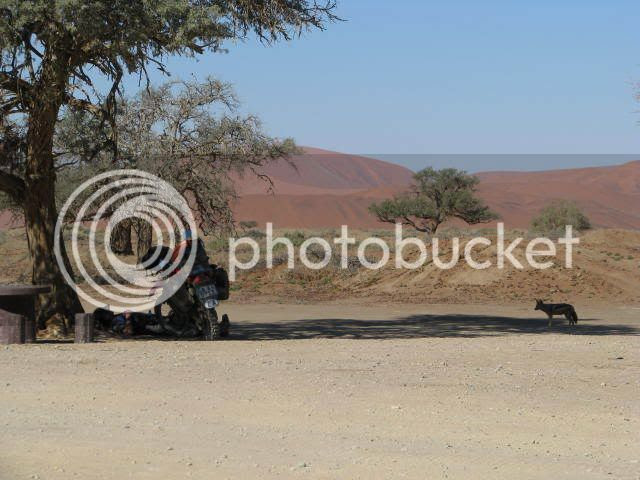 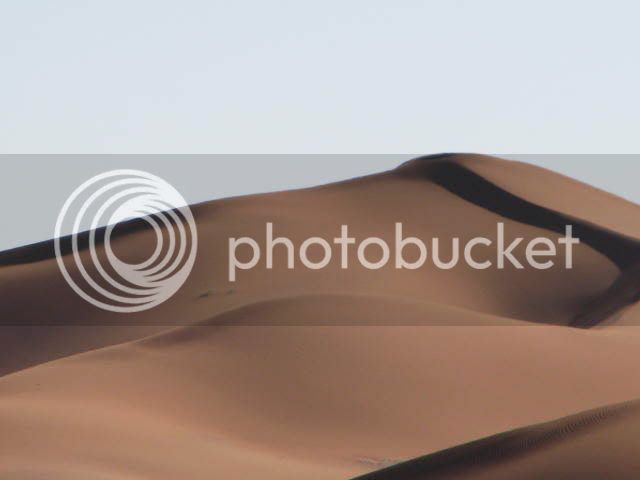 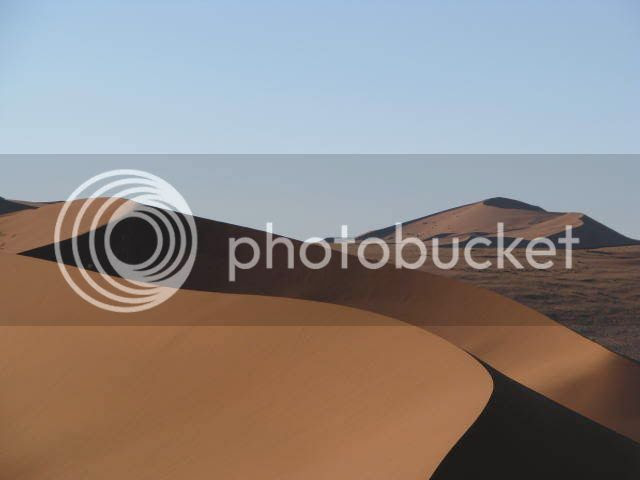 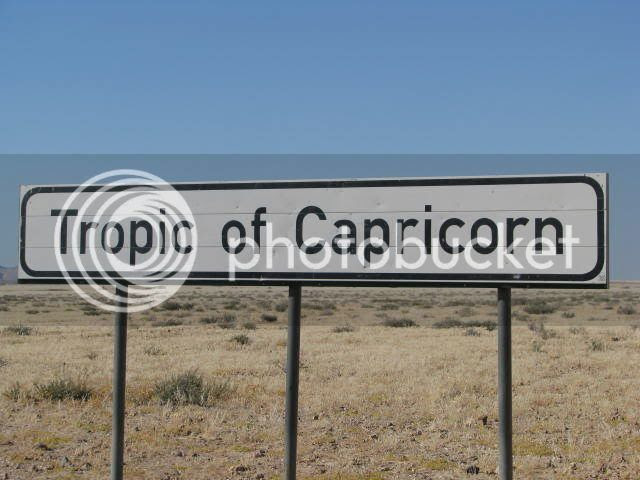 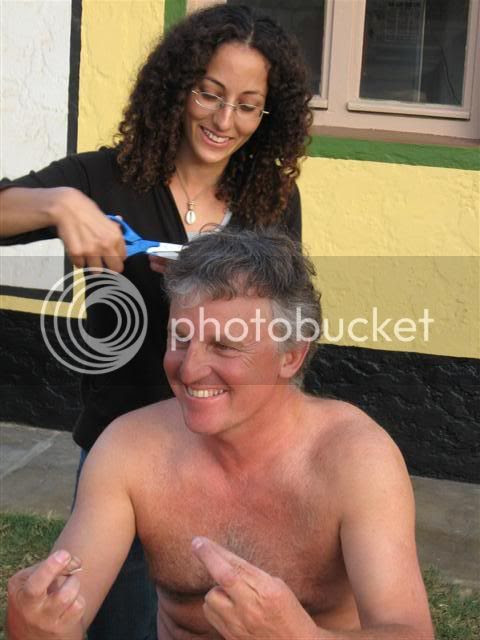 Ronnnnnnnnnnnnnnnnnnie. Bring the chick back to NZ that cut ya hair. Fantastic. Great pics and lookin like ya having fun fun fun. Mind you I could see both her hands while getting ya haircut so why the massive smile???? Dodgy!!