-
This update is dedicated to a work mate Marty Sincock who was tragically killed at work letting a ship go. Rest in piece mate.

I'm up at Ongwediva now near the Angolan border. I left Opuwo and headed north to Epupa falls taking photo's of the himba tribe but they all came out overexposed. I got a puncture just short of Epupa so stayed there the night and had a himba girl help me set up the tent etc. and had crackers for dinner. She came back in the morning with the goats and helped me pack up so we had crackers again. She's probably sick of crackers now. Epupa falls are nice you can swim between the snapping handbags down stream and the one's upstream. Saw a couple, one 2-3 metres and a bigger one 3-4 metres.

I took a 4x4 trail along the river then to Swartbooisdrift - very rough where it goes inland over a few hills. Sandy by the river with a few diversions around the flooding last November and March this year. Lots of ruts and loose rocks inland, dropped it a few times but only in first gear so no damage, tough ride about 8-9 hours to do 96 km over two days.

Lots of velvet monkeys about and monteiros hornbills and rosy-faced lovebirds. To Kunene camp for a rest then to Oshakati for a visa for Angola. The man told me come back Monday, the boss might give me a visa so we'll see. More water around here, small lakes, wetlands and lots of people and donkeys, cows and stupid goats. 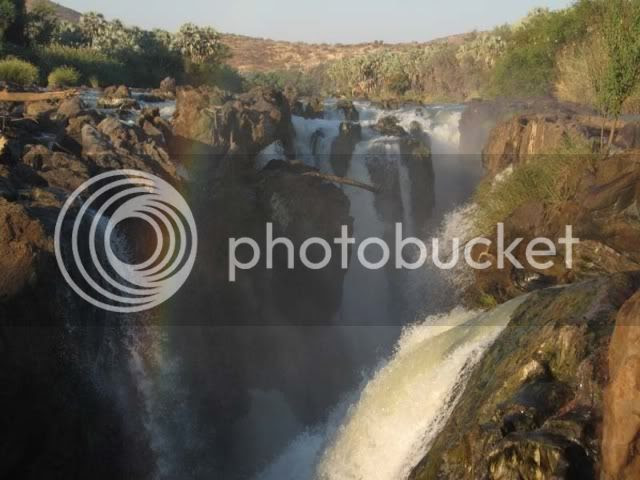 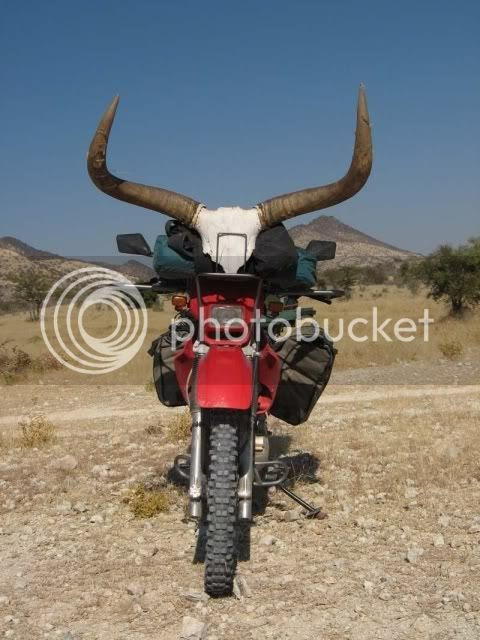 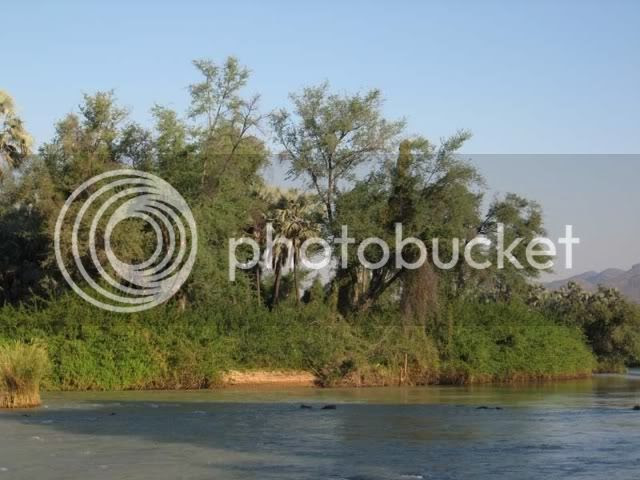 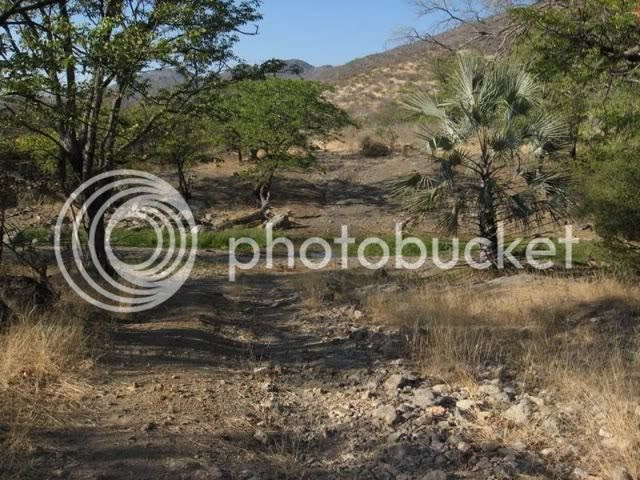 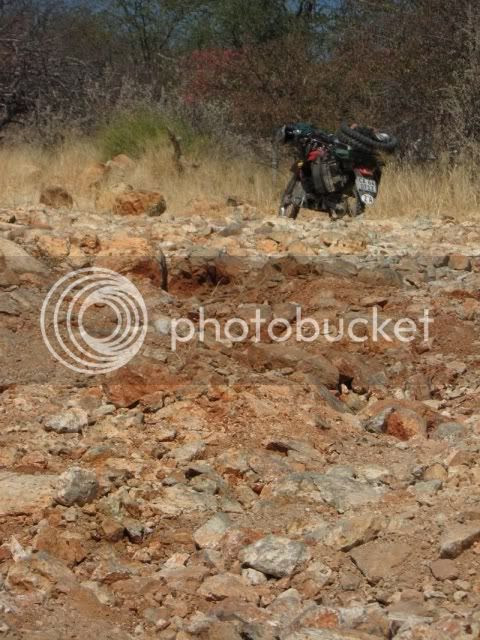