Next morning it was up bright and early, breakfast and then we would brave the “Attakwas pass” 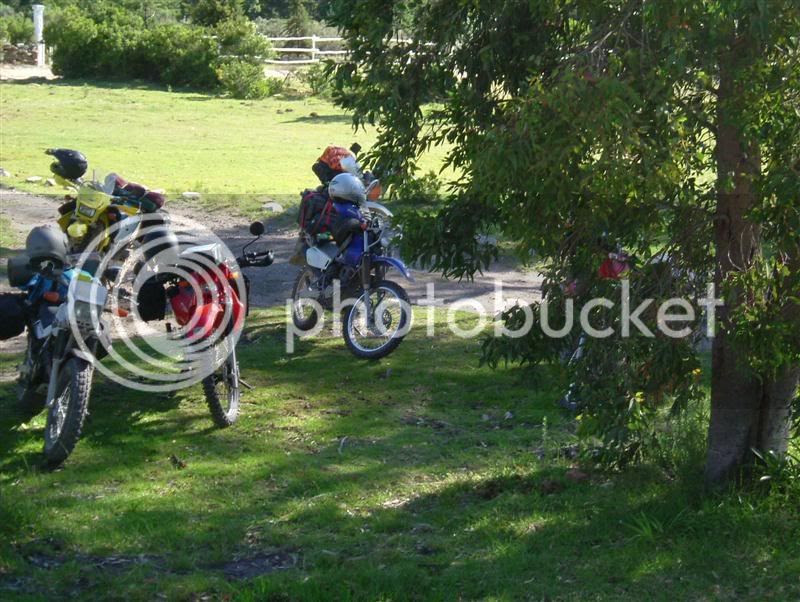 After paying and signing some paperwork we were off, the route started in a river leading up a sandy bank were the hill climbing started. I must admit the hill climb part was rough, but I just love this type of riding, beats sitting on some long straight dirt highway
The pass itself was very scenic leading over mountains and through the bushes, lots of gates along the way that needed to be opened and closed.

Only took one pic on the trail

the riding was just to much fun!!
Here you can see LGF going up the hill, he had a nasty fall just there. The route eventually led to a tar road

which we took to Oudshoorn.

We stopped at a place called Bronco’s for a spot of lunch, the service and food was very good! I’d recommend this place any day!

We bought food and refuelled in the town, and onto Eagle falls for the next camp site.

Trailrider led the way through the winding roads toward the campsite lots of “marbles” on the road made it very exciting to ride on.

We arrived at the campsite, once again we were the only people camping at the place, just like the day before.

Great facilities they have here, nice big lawn to pitch your tent, there was also a restaurant were we could stock up on some things. 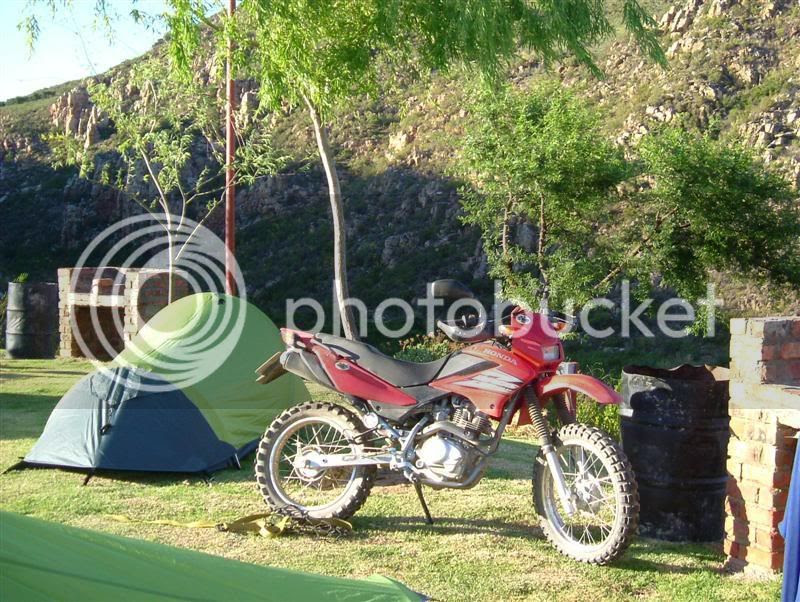 The “Eagle falls” itself, were the place derived its name from, isn’t really a big waterfall as you can see in the pic, it’s quite smallish. 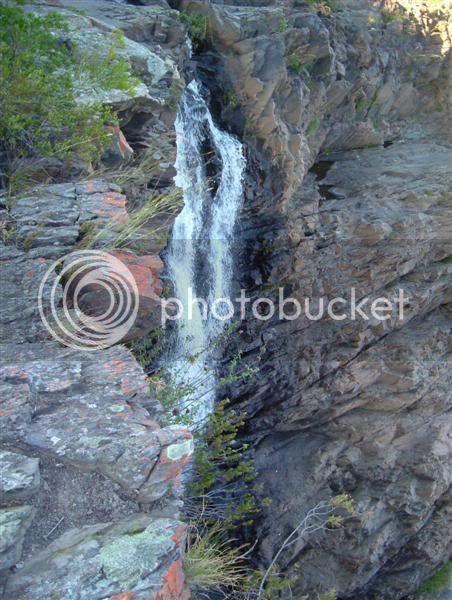