We slept in a bit this morning and only got up around 7am.

JAmber headed for "signal hill" to phone his mom

and soon a bunch of us were there chatting and admiring the view. 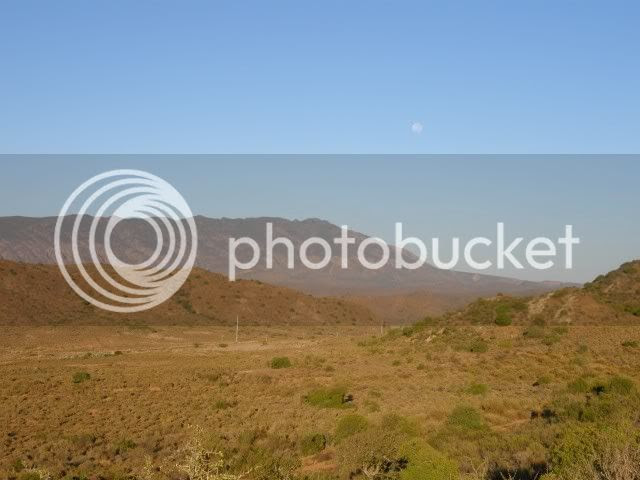 Looking down at the campsite: 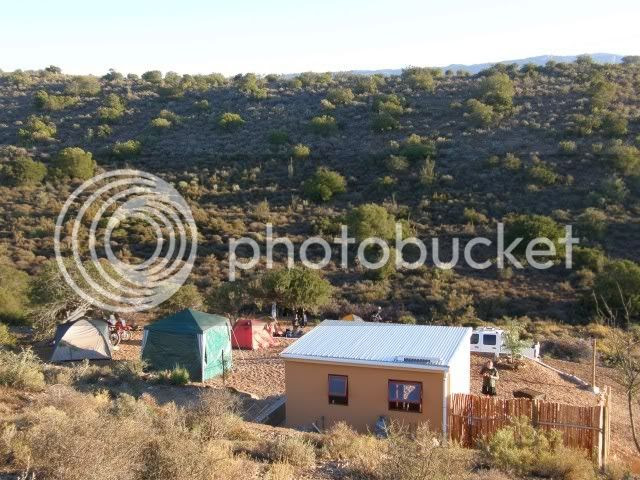 The group would split in several directions today. Operator, Mrs Operator, Asterix and I would head to Ladismith to get supplies and watch the rugby after which we'd go explore the Anysberg Reserve.

Ladismith is a beautiful little town. 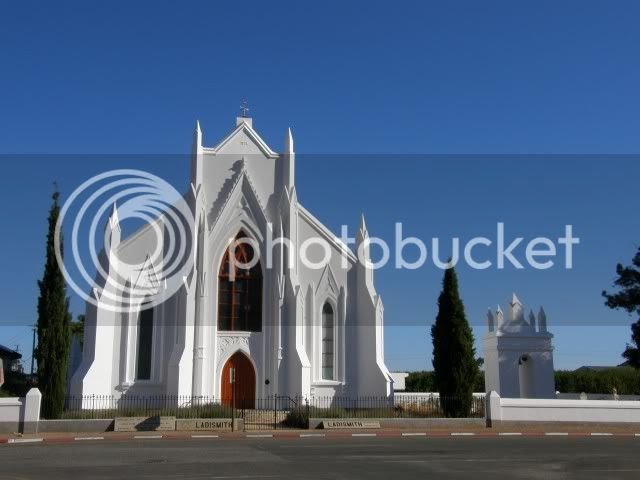 The little town of Ladismith, not to be confused with the Natalian version of Ladysmith, lies in the shadow of the Towerkop Mountain peak on Route 62. Ladismith is essentially a prosperous farming community producing fruit (grapes, a third of South Africa’s apricots, and plums), milk, wine, flowers and mutton.

Ladismith takes her name from a woman with great fortitude. Young Juana Maria de los Dolores de Leon became the 14-year old bride of Sir Henry George Wakelyn Smith in the early 1800s - thereafter known simply as ‘Mrs Henry Smith’ or Lady Smith. A childless couple, their devotion to one another is legendary. Juana often set up camp close to battle scenes in a bid to remain close to her husband - they so hated being apart.

Another legend dominate the history of the town. The peak of the ‘magic mountain’ or Towerkop, which looms over the town, is said to have been struck by a witch in anger because it blocked her way over the mountain. The result was a deep split at the top of the mountain, producing two perfect halves.
(source)

Operator knew this cosy little spot where we could watch the rugby.
(which turned out to be a massive waste of time 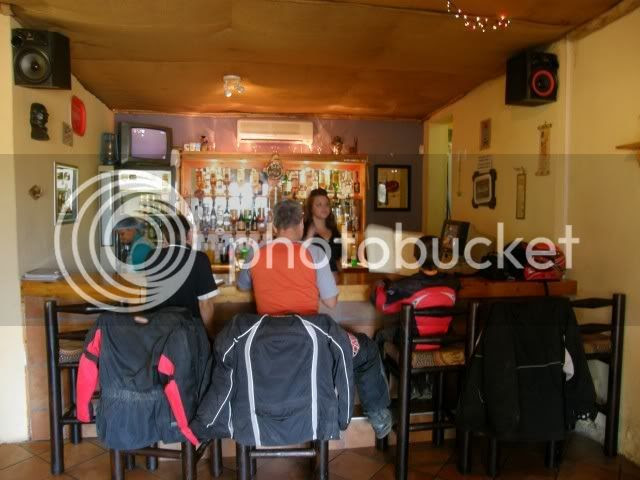 Back in camp this is the scene that awaited us: 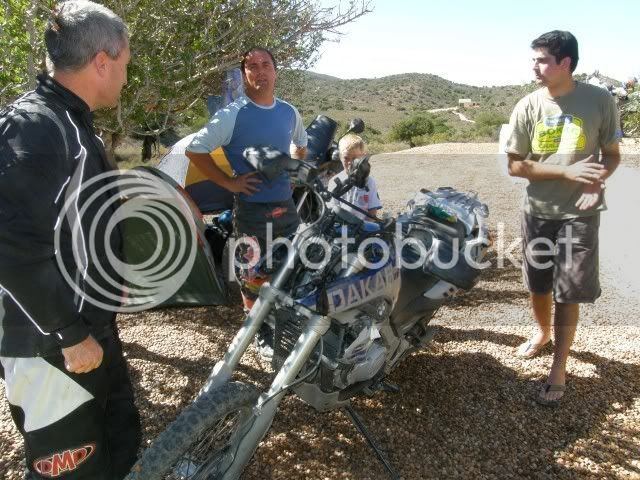 JAmBer lost his bike in a corner due to the ABS being on. This is the umpteenth incident I know of where ABS was the cause.

Some pics from the scene of the accident courtesy of Rovrat: 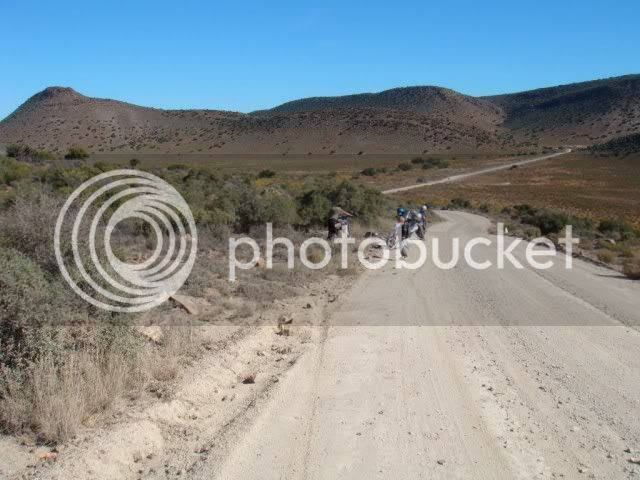 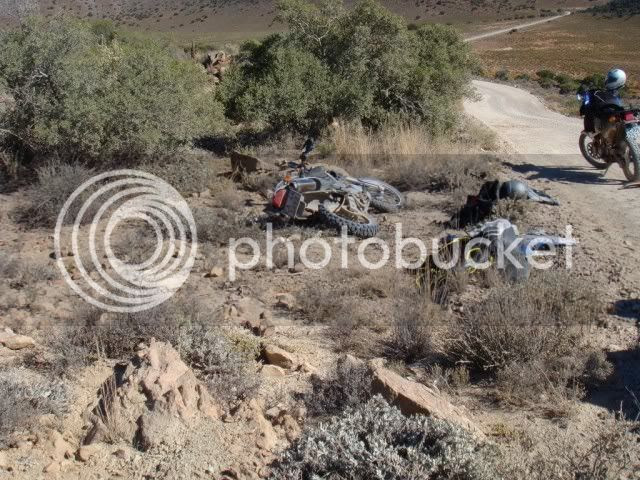 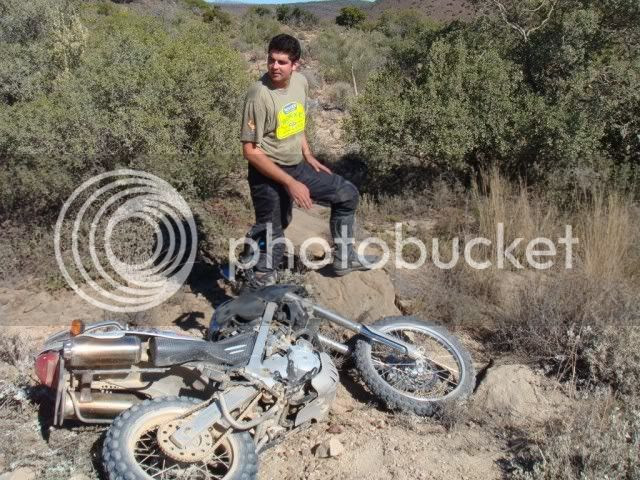 Operator also had an incident with a nasty hole causing a flat and a gash in his tyre the day before. With JAmBer's bike temporarily out of commission, Operator's worries about his tyre and the heat of the day, the plan to ride to Anysberg today was abandoned (much to the dismay of Asterix who was very much looking forward to riding in a bigger group). 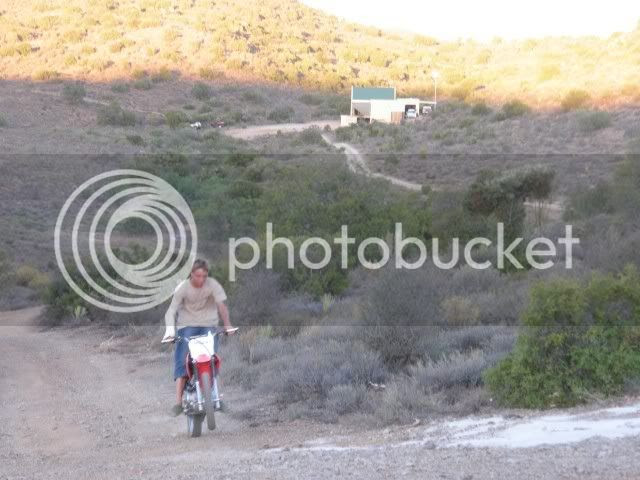 They just had to ride come hell or high water so Asterix and Etienne set of with the CRF and the farm quad to go explore the trails on the farm. Some pics of the ride courtesy of Etienne: 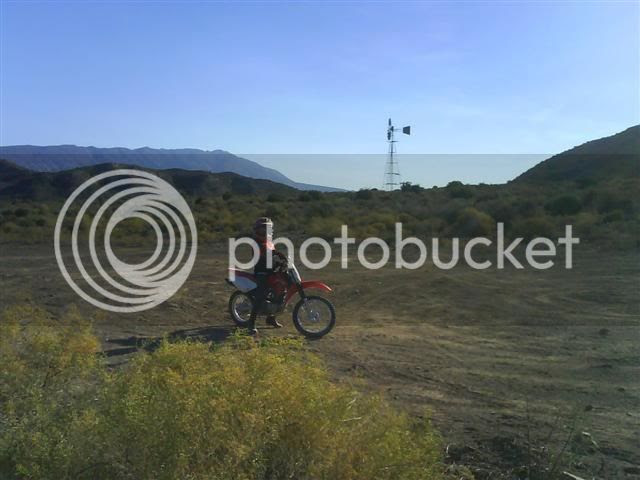 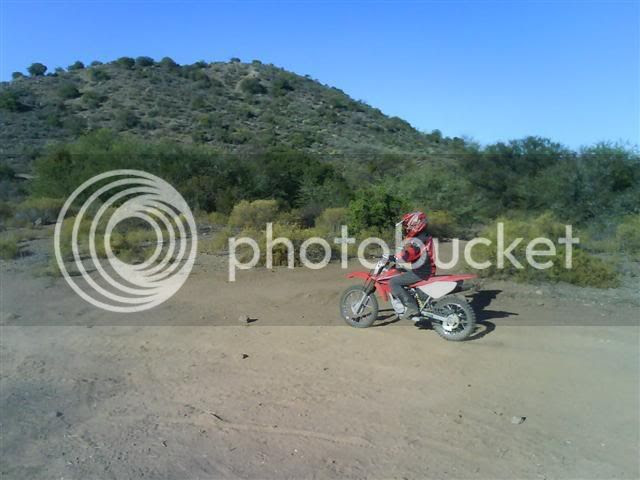 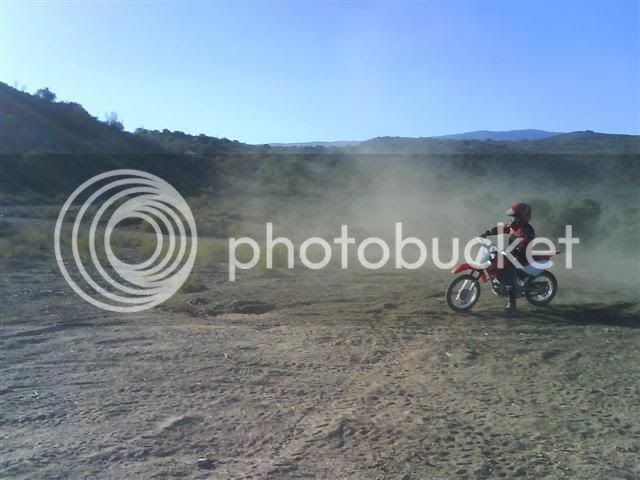 Asterix really enjoyed this ride - both the wildlife and adrenalin side of it. Thanks Etienne

Back in camp Paramed arrived with his bike on a trailer 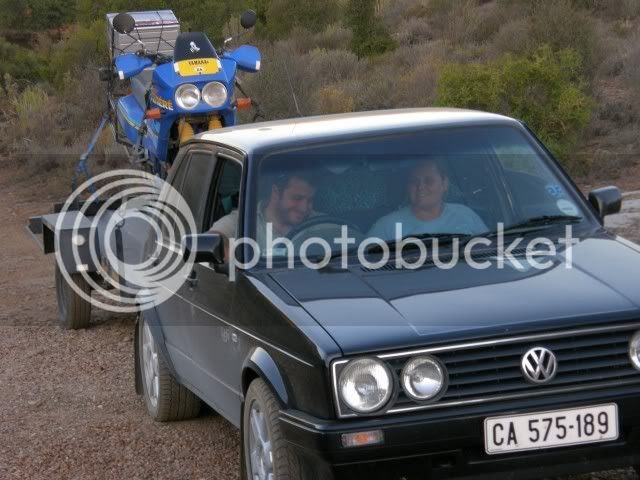 Late afternoon in the Karoo: 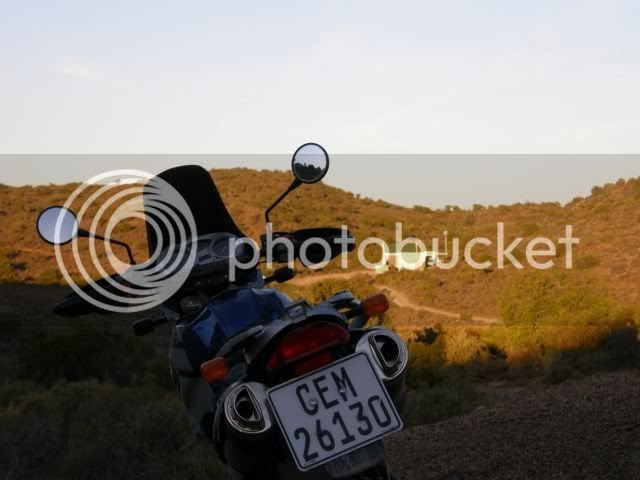 Not much riding happened today, but it was an enjoyable day spent with friends old and new. We spend the evening around the campfire and luckily got in bed quite a bit earlier than the night before. 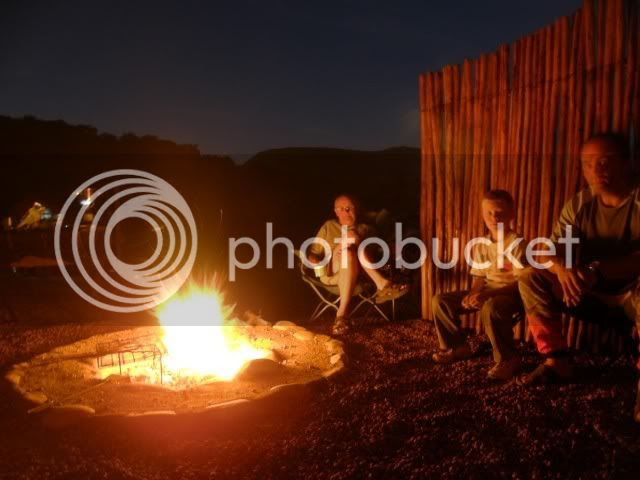 Tomorrow we do some serious riding again, going home via Attakwaskloof.

Hey TR, Im the owner of "cozy little spot". I remember that day, you gave 3 stickers, which 1 found its way to the bar frigde door and 2 to my DR350. Me and Andy (a passionate dirt rider on an old XT500 from Durbun and now a rhino breeder in our region) met up with Paramed at Ronnies on one of our rides and talked about the good ol days of big teneres. I'm so glad thier back. Meet up with us one day in the future when your in the rigion agian.
Blessings
B.
Ps. me and EttieneNXR have had a few chats on Cape Enduro but we havent met yet.

Hi! Yes I remember you. :-) I'll definitely stop there again and I hope we win the rugby next time. :D