.
Believe it or not, but there are still some roads around here I have not ridden, so on Sunday LGF and I decided to take a wee ride

After a quick look on Mapsource this is what I came up with - a quick little 290km loop around the Klein Karoo: 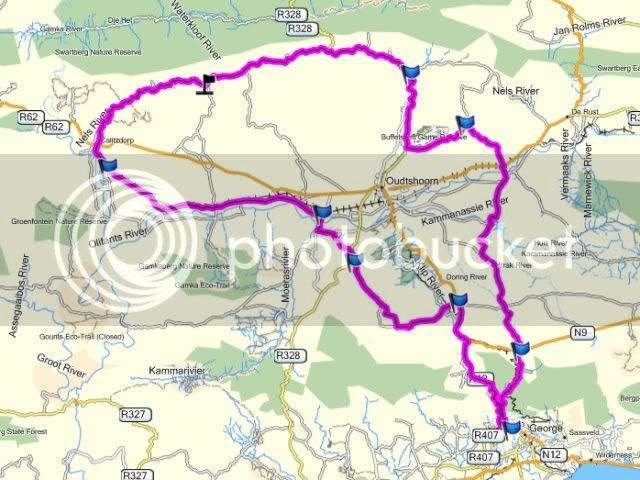 So Sunday morning early we met in George and set off to an old favourite - Montagu Pass.

Thomas Bain built 24 major mountain roads and passes in the second half of the 1800s - Andrew Geddes Bain built 8 during the first half of the same century. One of the few passes not built by a Bain during that period, was Montagu Pass from George to Oudtshoorn, which was built by a road engineer from Australia named Henry Fancourt White in 1843-47. 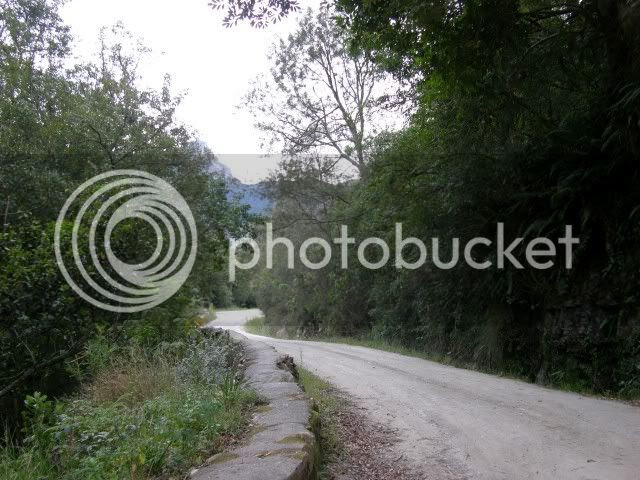 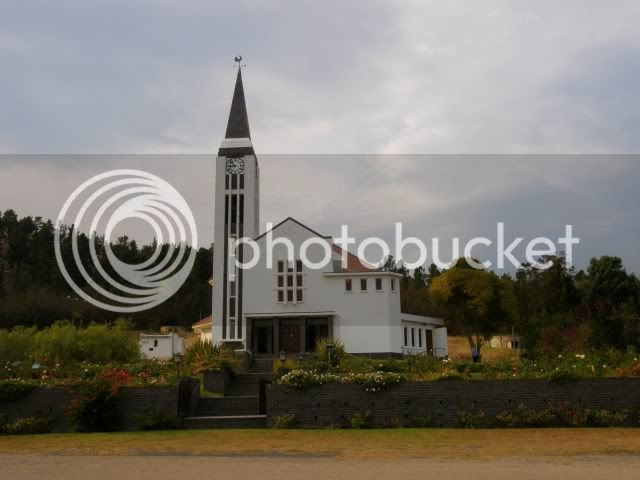 Man there are some nice roads around here. 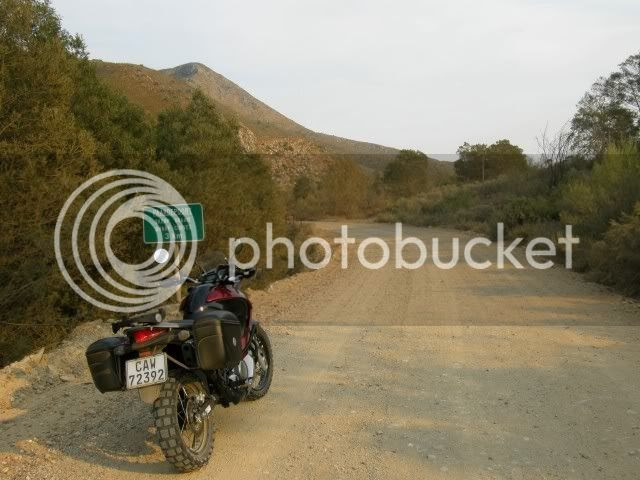 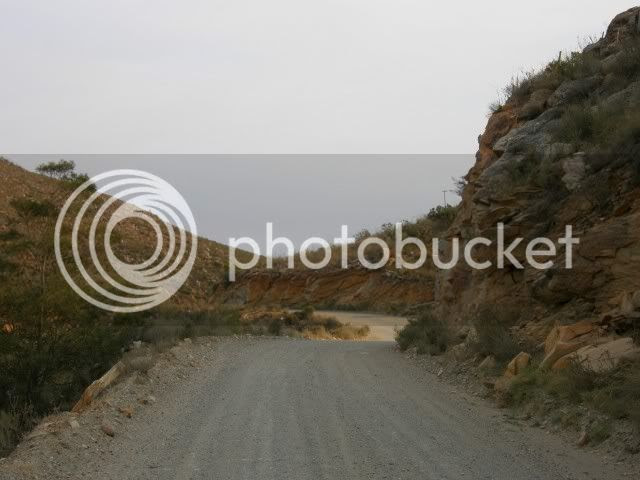 The gravel takes you past the Kammanassie Dam and all the way to Dysselsdorp. The skies were hazy which is not great for photography, but of course that didn't stop me 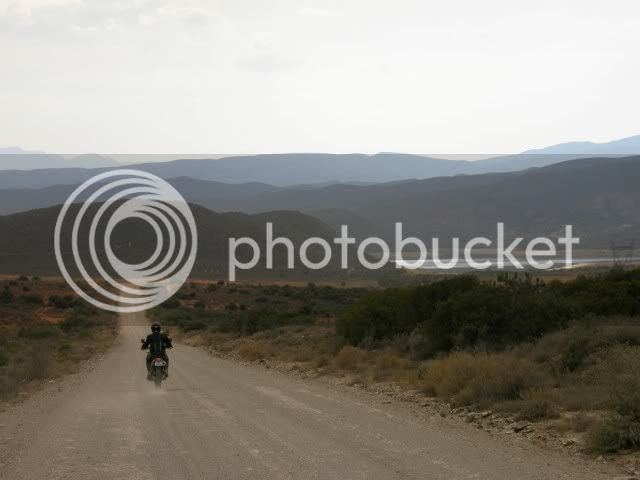 We crossed the N12 and took the "Vergelegen" road, a first for both LGF and I. There are quite a few "Feather Palaces" from Oudtshoorn's heyday around here. 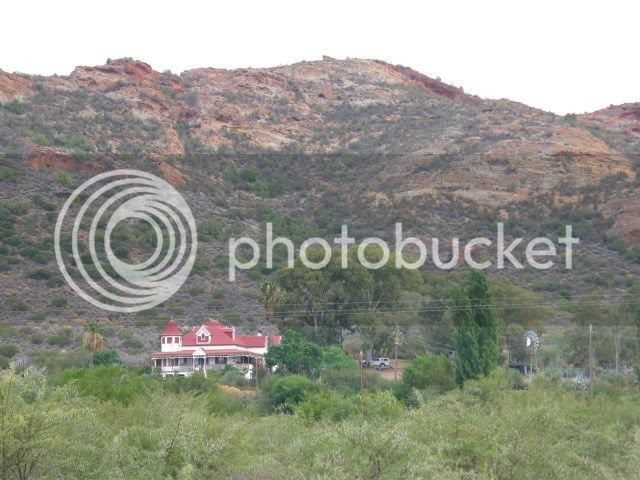 For some reason this house also caught my eye. 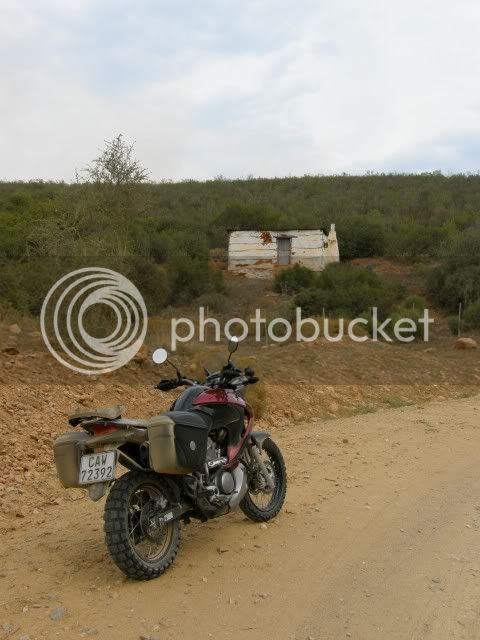 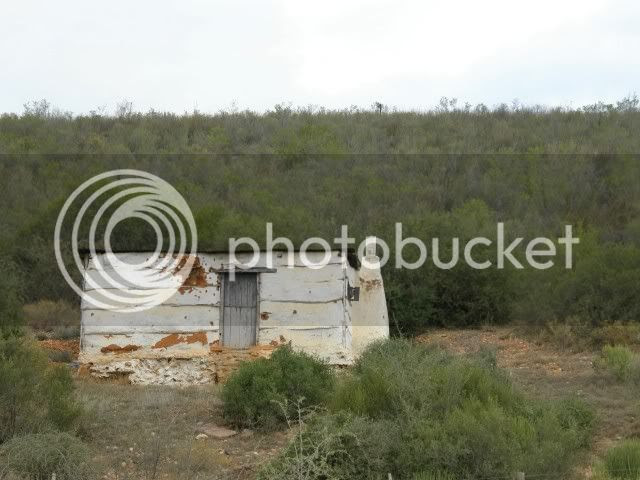 The "Vergelegen" road did not disappoint! Very scenic indeed. 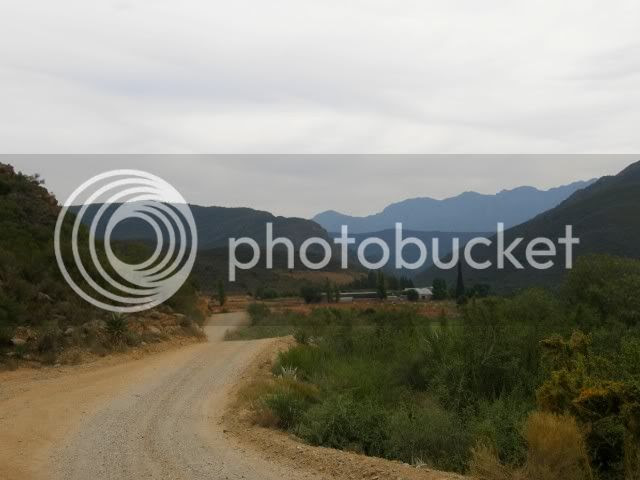 Another house that caught my eye. Interesting buildings became a theme today. 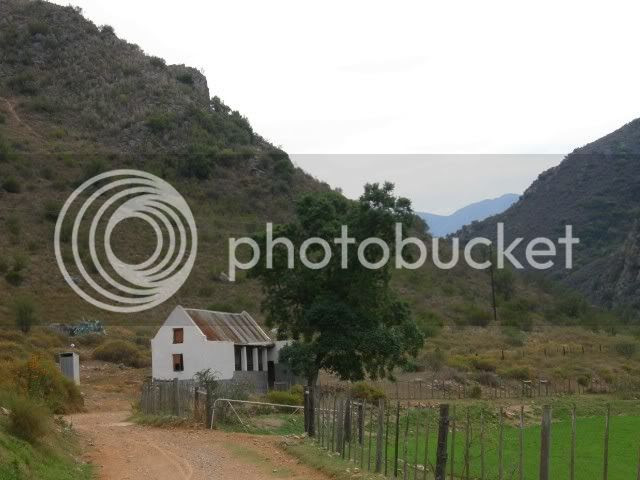 Look at this! This is why I like the Klein Karoo so much - the scenery changes around every corner. So much green and all this in the middle of a drought. 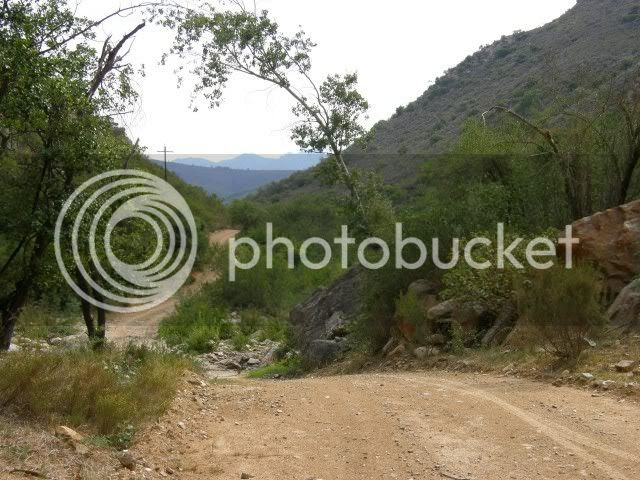 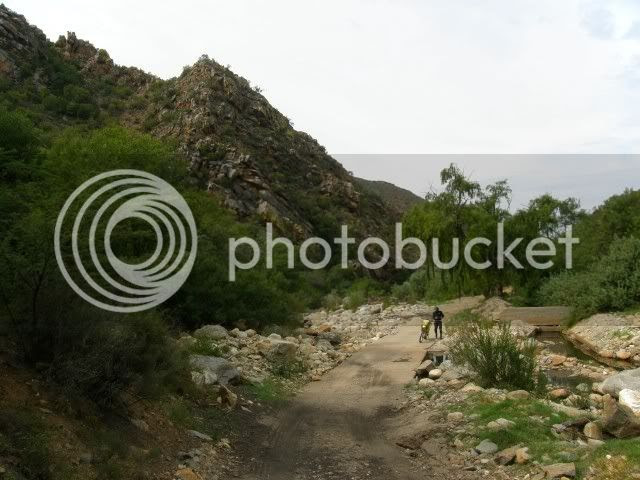 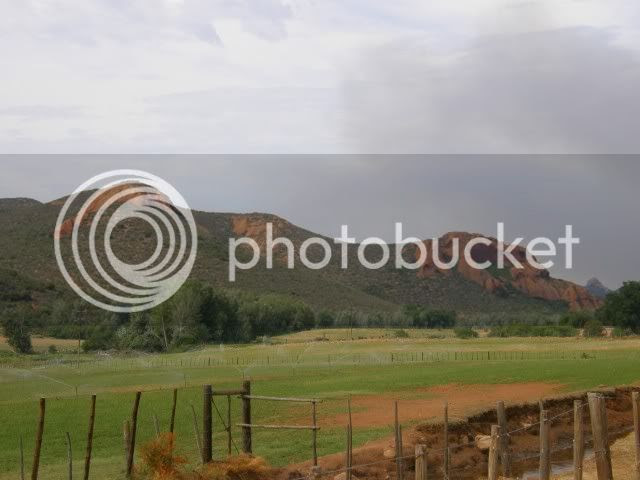 The road connects into the tar road between Oudtshoorn and the Cango Caves. We winded the bikes up a bit through the twisties of Schoemans Poort and headed for the Swartberg pass. Just before the Pass you get the turn-off to Calitzdorp. 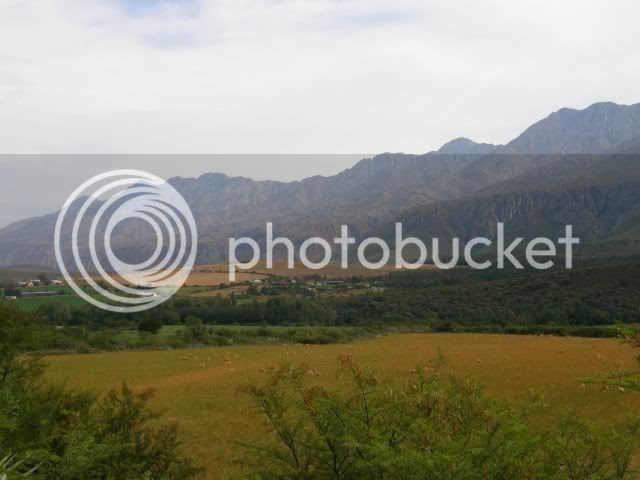 Here the Klein Karoo open up a bit. But not for long... 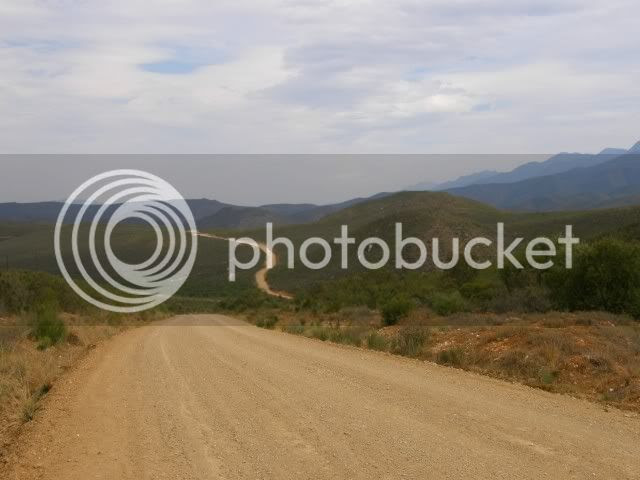 Another house that caught my eye. When I pulled off after taking the photo the kids came running out waving and making wheelie motions 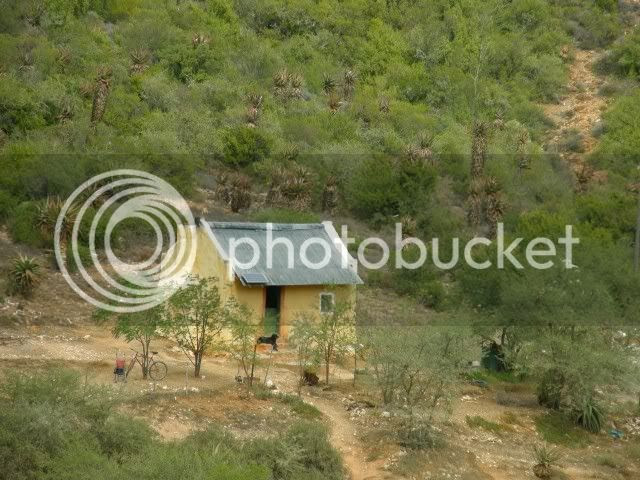 We stopped at the river for a snack and happened upon this contraption. This waterwheel supplies electricity to the farmhouse nearby. Ingenious eco-friendly energy 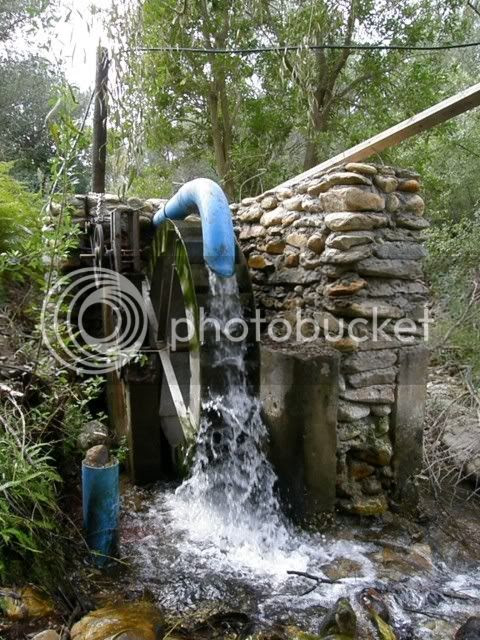 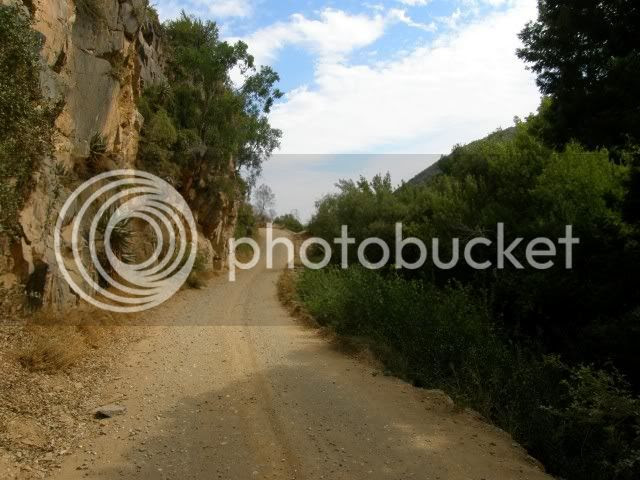 Approaching the Calitzdorp dam from the North - levels are lower than normal. 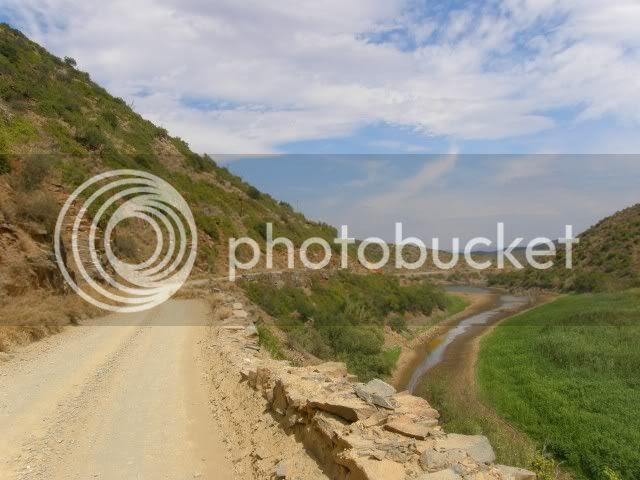 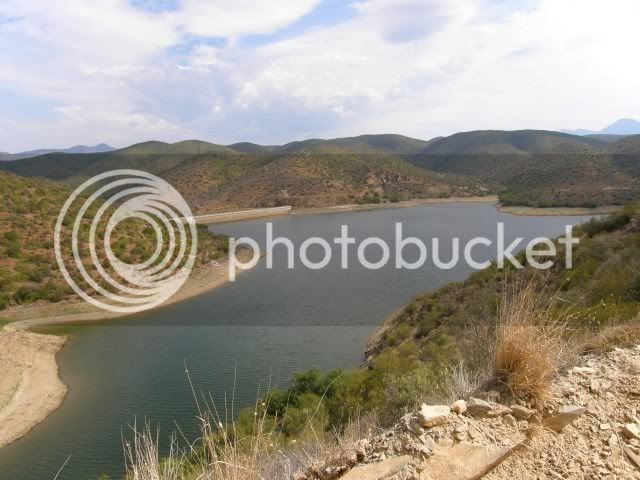 After a cold one at the Rose of the Karoo we headed out on the Calitzdorp Spa road. Again the landscape (and road surface!) was totally different. 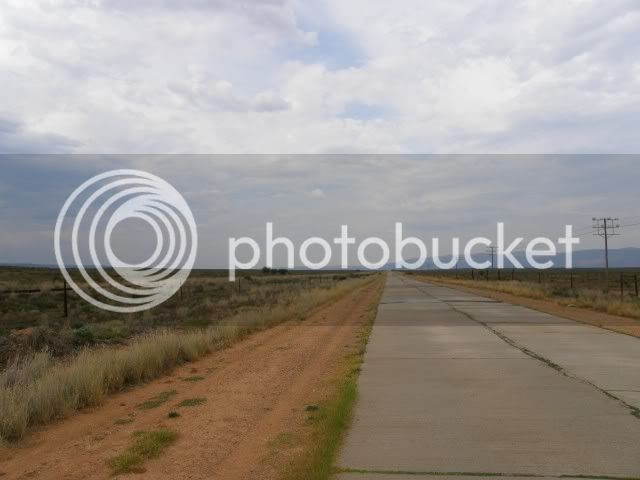 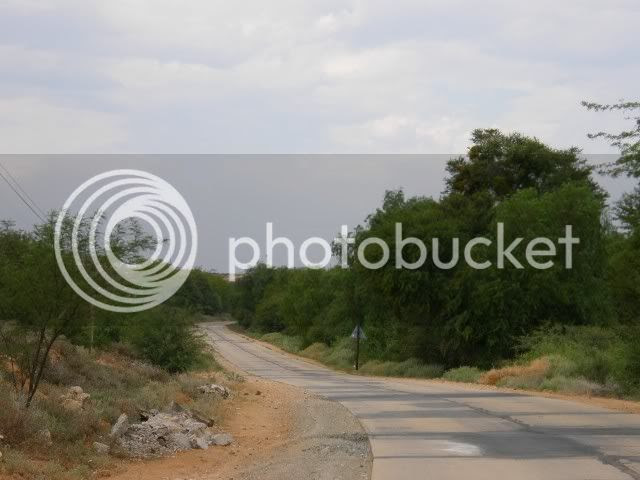 We took the "Volmoed" turn-off for some more gravel towards George. On this road we passed the Grundheim Winery. Did you know that there are more than 10 wine farms in this area? 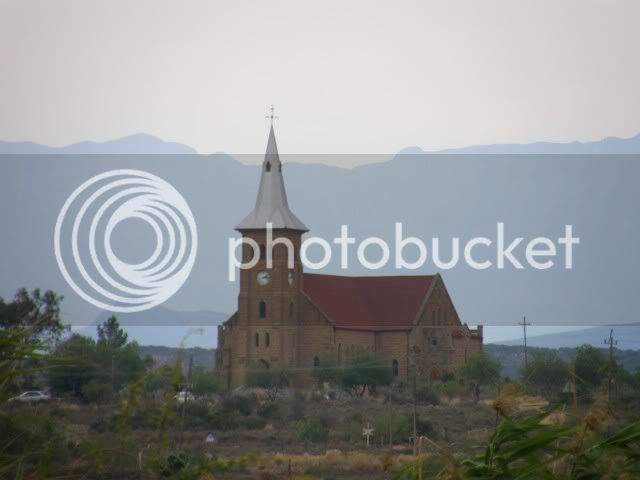 Finally the "Kandelaarsrivier" and "Mount Hope" roads to Outeniqua pass which took us back to George. 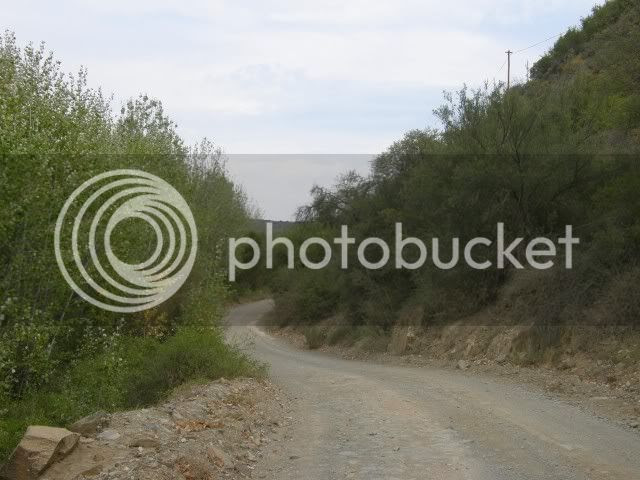 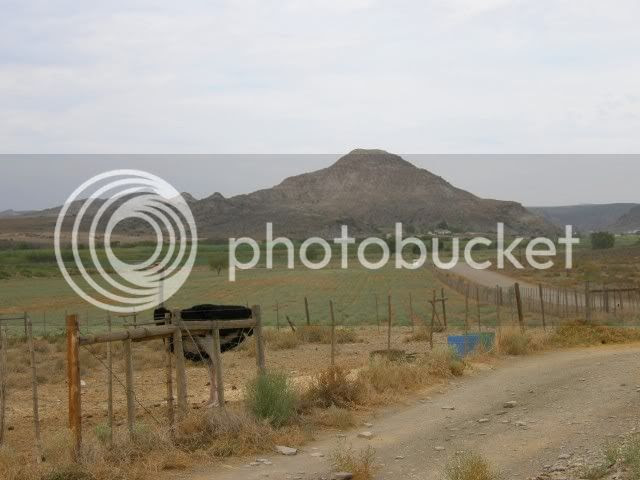 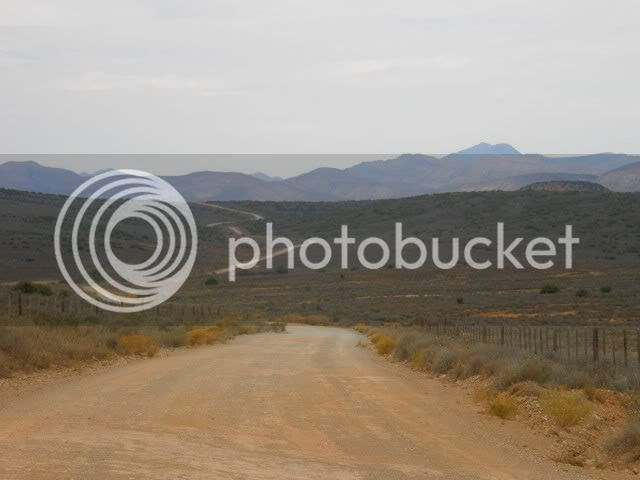 If you do find yourself in the Klein Karoo with time to ride I highly recomend this route. If you dont have enough time of course you can also just do a short ride along the Oude Muragie Road, but whatever you do, explore. This area has so much to see.

Get off the couch and ride!