.
Riding into Dysselsdorp I saw a man standing at his garden gate, just looking at the world pass by. So I stopped for a chat. Samuel was not born in Dysselsdorp, but he grew up here from an early age. He is a well travelled man (been al over South Africa; Cape Town, Durban, Johannesburg) and he knows the Watermeid stories well. Not more than a year ago his brother-in-law was caught and drowned by the Watermeid in the Olifants river.

His brother-in-law? Yes. According to Mr. Levin the Watermeid catches both children and adults. (wait, what!?? 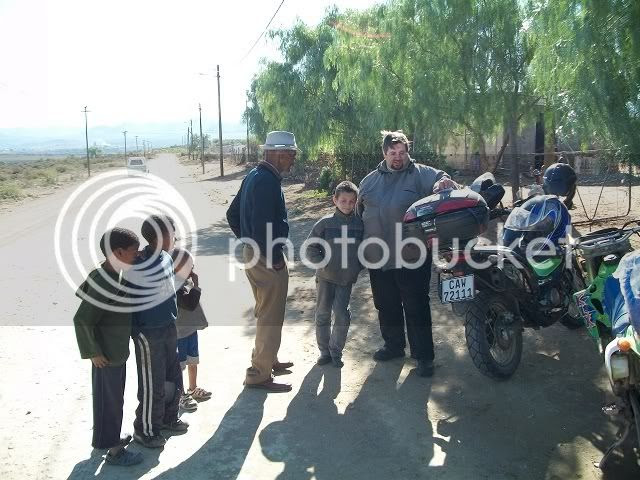 Have you seen the Watermeid? "No, I have not, only in books. And I am quite certain that I don't ever want to see her."

What does she look like? "She is half human, half fish. Her upper body is human and she is a beautiful woman with long black hair."

Mr. Levin described the drowning of his brother-in-law in detail. This is a man that could swim, but he suddenly disappeared under the water and didn't resurface. Divers recovered the body. It's a sad story as this man was the provider of a family. Mr. Levin fears that one of his grand children will also be caught when they play near the river. 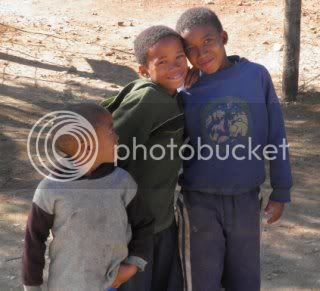 Mr. Levin gave us clear directions to the spot where the drowning occurred so we just had to go and have a look.

(On a side note: Later when I got home an internet search revealed that the Oudtshoorn Local Paper did report that a man drowned recently in the Olifants rivier, suddenly disappearing below the water and not coming up again. Out of respect for the family of the deceased I decided not to include that link in this report.)

We hit the road to look for the waterhole. Unfortunately the river is some ways off the road on private farm land just beyond that field: 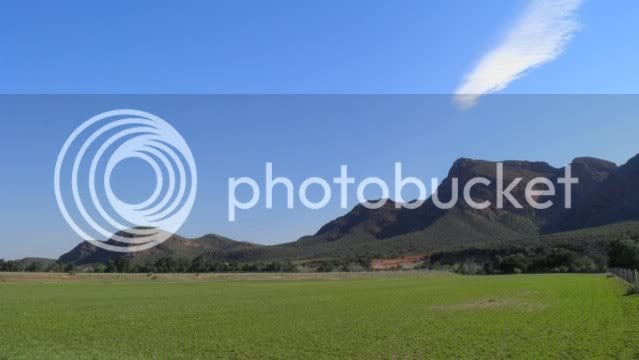 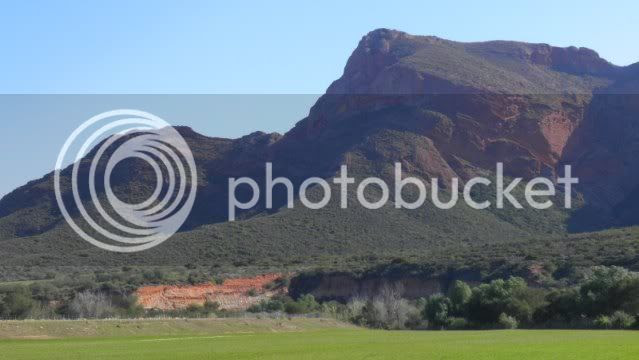 We decided not to trespass so we rode to the farm house to ask permission to go to the river. 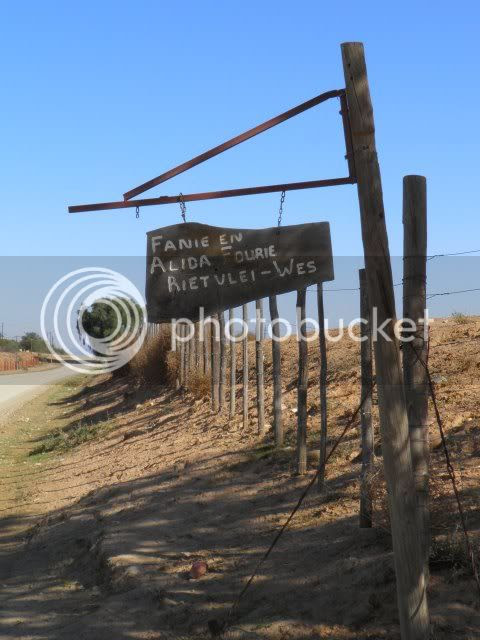 We stopped in front of the farmhouse and was greeted by the farmer's wife. I was hesitant to tell her we were searching for the Karoo Mermaid, but I told her about the research, the stories and why we wanted to see the water hole. She knew all about the Watermeid. She told us that the Olifants river had several deep water holes and invited us to have a look at the farm's deepest one not far from the house (we walked there). The farm's irrigation water is pumped from this hole: 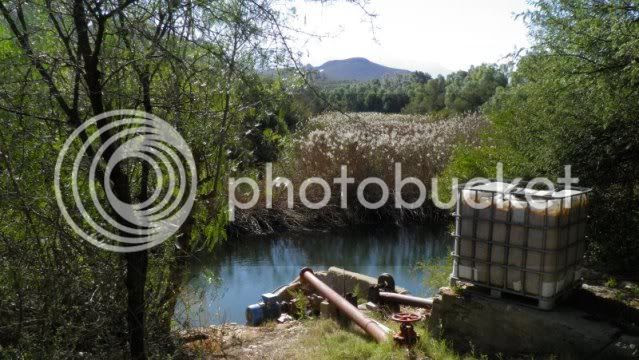 According to the lady of the farm the depth of this pool is unknown, but it certainly is very very deep and fed by a fountain. Someone once tried to dive down with a rope to try and measure the depth, but he could not reach the bottom. 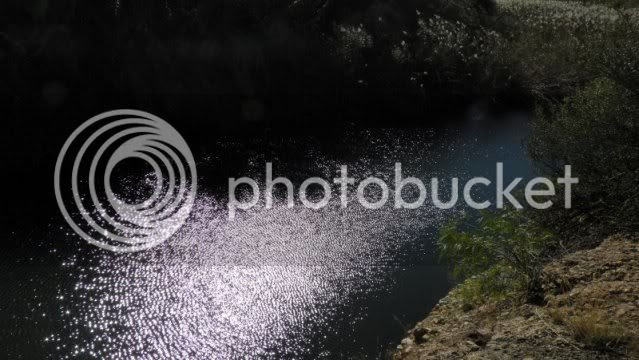 She also told us that someone drowned here several years ago. He never resurfaced and the body was never found. The drowning Mr. Levin spoke about was at a different spot though.

And once again the reeds... 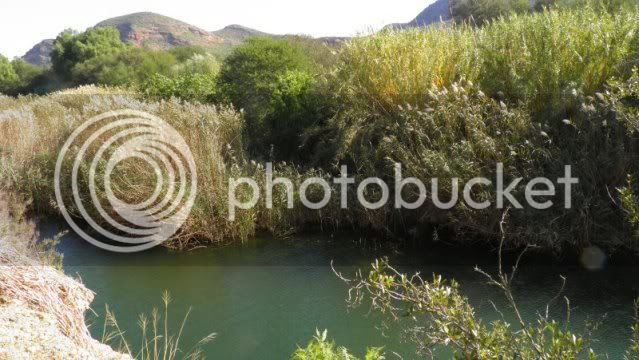 Today's experience, having spoken to more locals and about specific events, felt much more "real". Next I go to see the place best known in the Watermeid stories: Meiringspoort.