Nieu Bethesda is a small village in the Eastern Cape Karoo. How does this town fit into the search for the Watermeid? Well, Nieu Bethesda is well known for Helen Martins' Owl House.

Helen Martins, a teacher, got divorced in 1926 after her husband abandoned her for another woman. Around 1928 Helen Martins returned to Nieu Bethesda and spent the next 17 years looking after her ailing and elderly parents who died in 1941 (mother) and 1945 (father) respectively. Left with few prospects in a small Karoo village, Martins became increasingly reclusive and isolated from the local community.

Martins became bored with her "dull" life and resolved to transform the environment around her. She started to decorate her home and garden using cement, glass and wire. In 1964, she was joined in her work by a Coloured man named Koos Malgas, who helped her build the sculptures in her garden. She filled her yard with hundreds of esoteric statues of various mythical, religious and symbolic figures, including 35 mermaids! 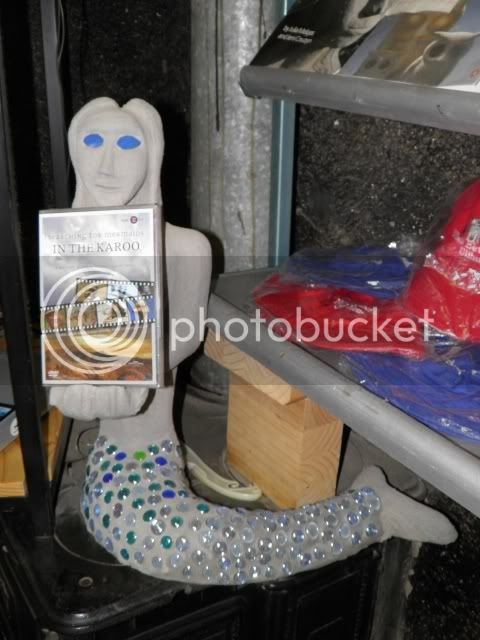 Martins drew on inspiration from Christian biblical texts, the poetry of Omar Khayyam and various works by William Blake. Why she made so many mermaids is uncertain, but my guess would be that she was told about the Karoo Mermaid, or Watermeid, by Koos Malgas. 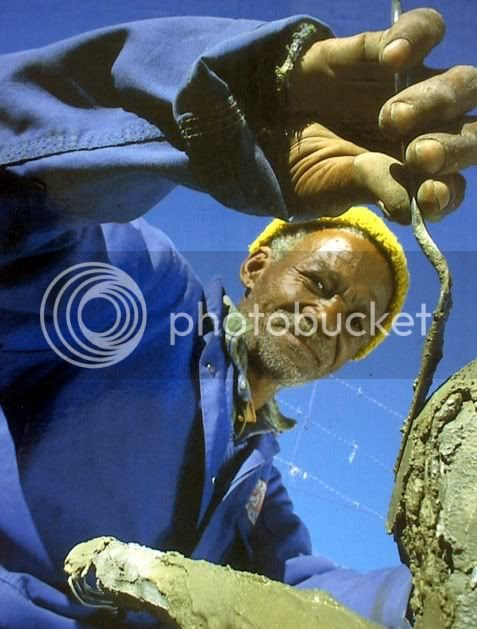 Helen Martins' mermaids are mostly sitting in pools beckoning you closer, as the real Watermeid would do... 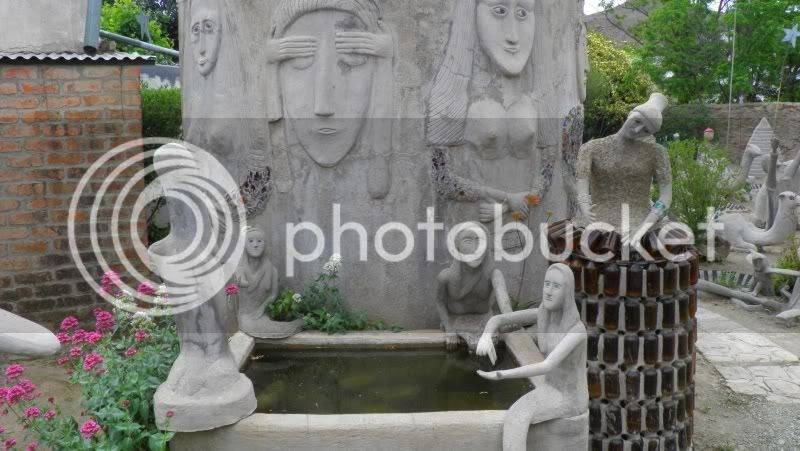 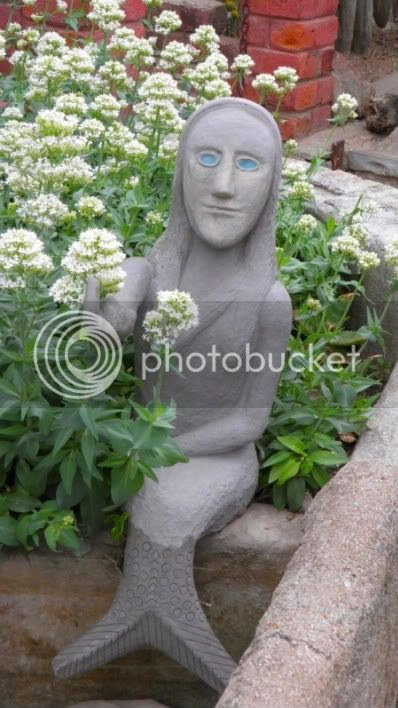 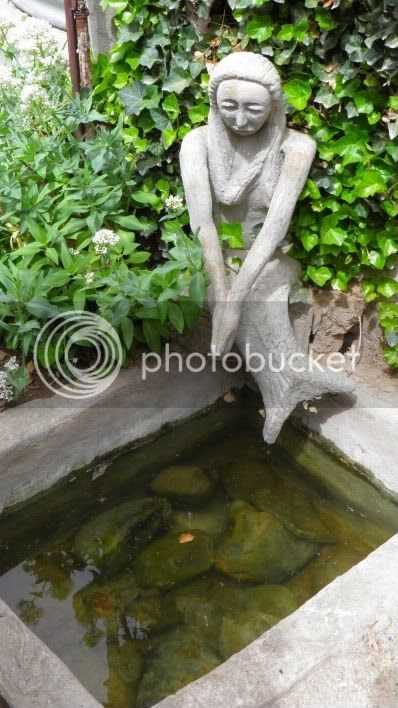 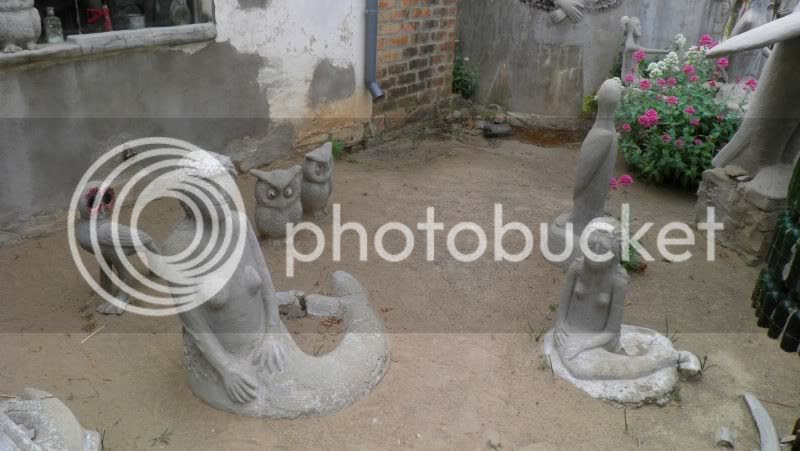 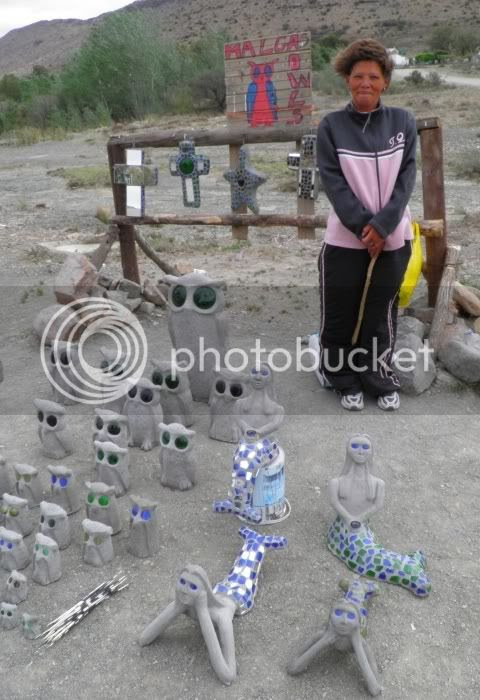 I wanted to buy one, but was unable to carry it on the bike.

A quick check on Google Earth revealed that Nieu Bethesda is more than 250km from the ocean as the crow flies and yet, here, in the Karoo we find more Mermaids. I think it's clear by now that the Watermeid exists. Whether you'll see one in real life does not matter. The Watermeid lives in the stories and culture of the Klein Karoo.