We woke refreshed and well rested on the last day of our trip. We linger, not wanting it to be over. 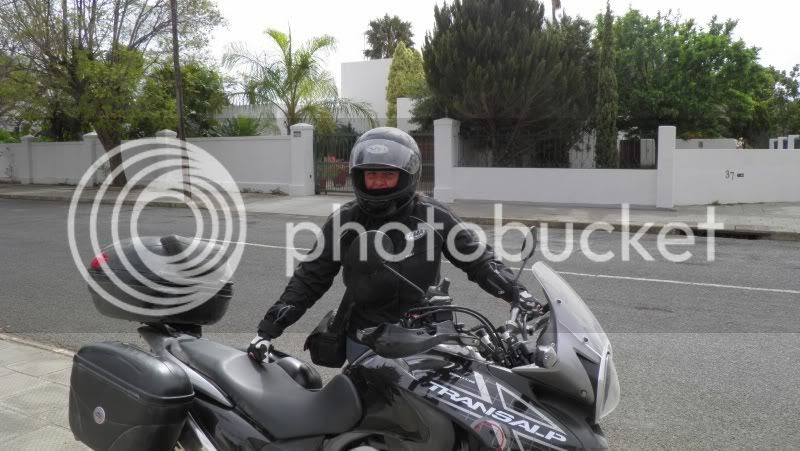 Before leaving Graaff-Reinet we look around a bit first.

Graaff-Reinet is the fourth oldest town in South Africa, after Cape Town, Stellenbosch and Swellendam. The town lies in the horse-shoe bend of the Sundays River and is recognized as the home of magnificent examples of Cape Dutch architecture. Graaff-Reinet boasts more proclaimed national monuments than any other South African town. 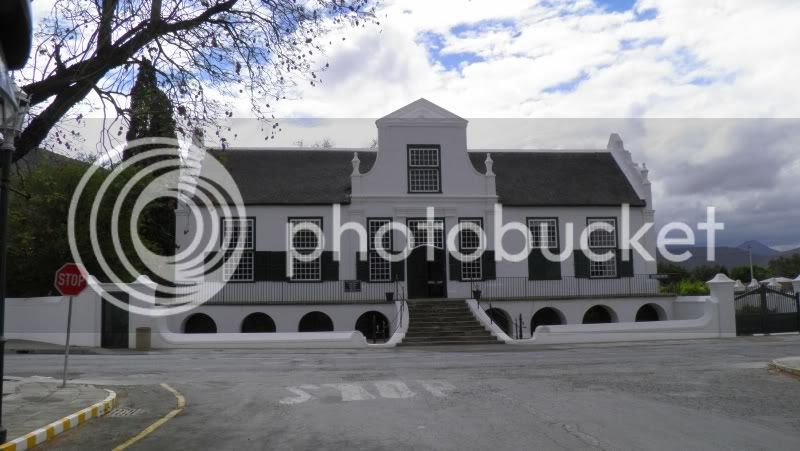 In 1795 the citizens of Graaff-Reinet expelled the Landdrost and proclaimed an Independent Republic. However this situation only lasted a 18 months and came to an end with the first proclamation of the Cape Colony by Britain on behalf of the Prince of Orange. Graaff-Reinet has so much history, so much to see, that we decided to come back at some stage and visit Graaff-Reinet specifically.

With that we hit the road - till we met this friendly chap. He makes sure that all vehicles are roadworthy so we can have a safe journey. 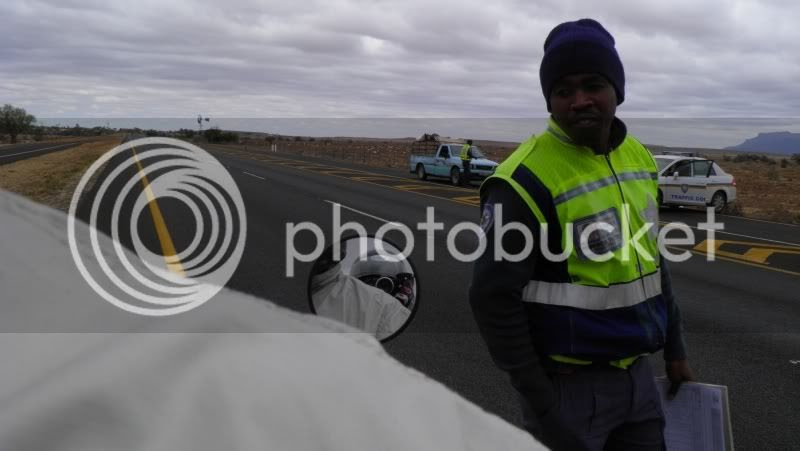 With our trip drawing to a close we ride into every town to look around. 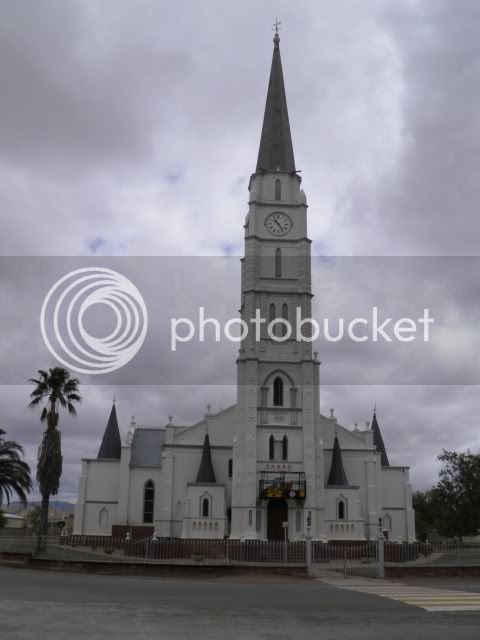 Aberdeen was founded in 1856. It was named after the birthplace of Rev. Andrew Murray in Scotland. Aberdeen is a declared architectural conservation town with examples of various styles including Victorian, Georgian, Karoo, German, Gothic Revival, Russian, Art Nouveau and Flemish Revival. 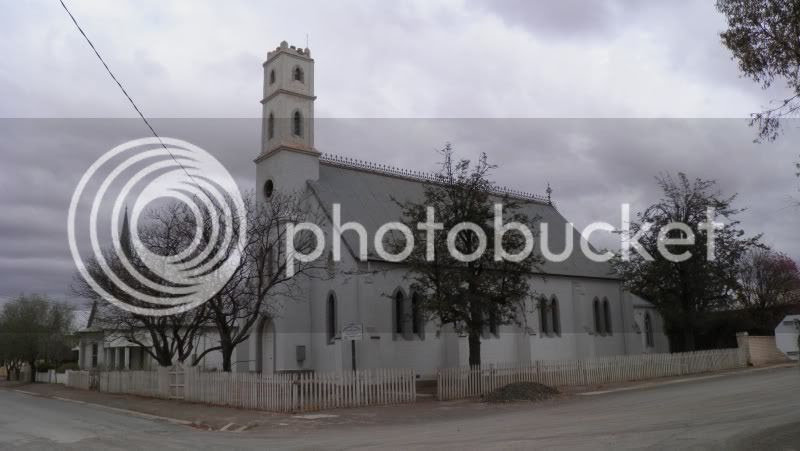 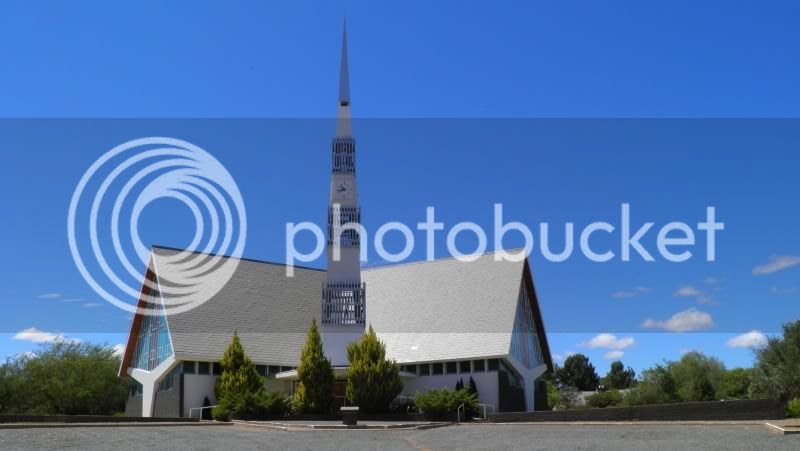 In 1856 Frederick Lehmkuhl was resting next to a rippling stream. It is here that he developed a homestead that became the village of Willowmore in 1864. 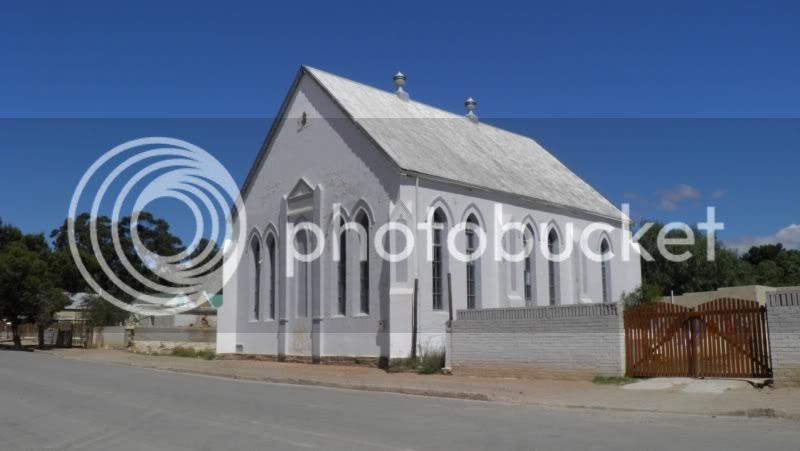 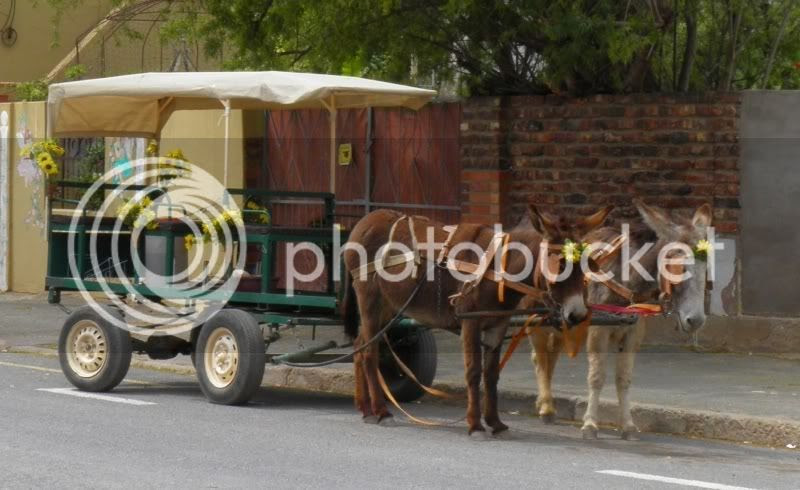 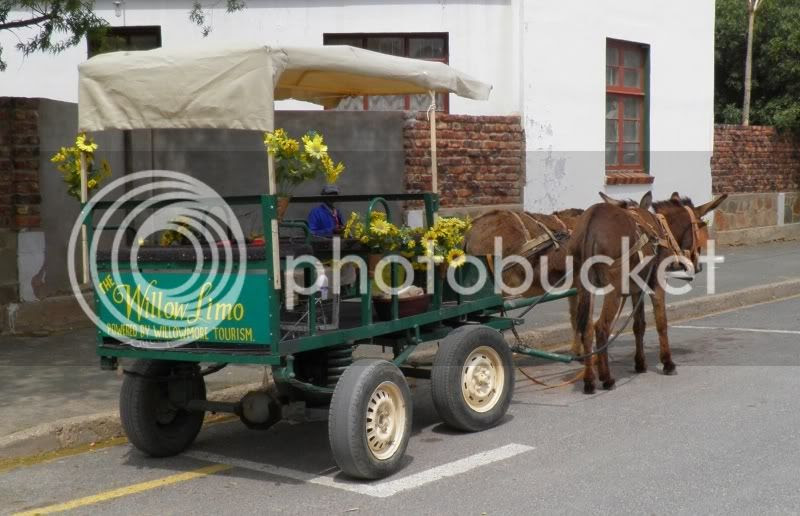 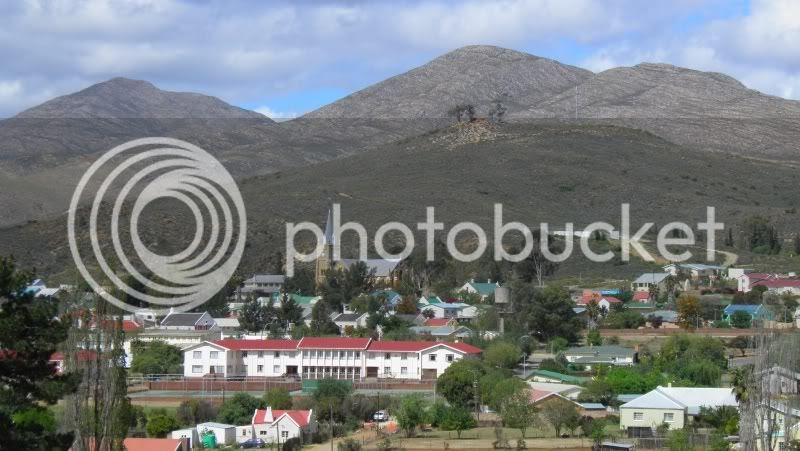 Uniondale had an unconventional beginning to say the least. The two owners of the farm Rietvallei each wanted to develop the site for the town. The result was two towns (Hopedale & Lyon). In 1856 the feud was resolved when the Dutch Reformed Church built a church in the centre of this area and marked the union of these two townships by naming the place Uniondale.

Today though Uniondale is famous for one of South Africa's best known ghost stories: In stormy weather on Easter weekend of 1968 a young engaged couple had an accident on the Barandas-Willowmore road around 20 kilometers from the town. Sadly the girl, Marie Charlotte Roux, was killed in the accident.

In 1976 motorists started seeing a woman in white alongside the road where the accident took place. Some motorists picked her up, minutes later they would hear a shrill laugh , the sound of a door closing, an icy chill would be felt inside the car and of course the woman would be gone. This became known as the ghost of Uniondale.

It is told that the local police department kept some sugar water available to calm motorists who came in to report seeing a ghost.

Just over the Potjiesberg Pass there is this little gravel connecting road that I haven't been on, the Kykoe road: 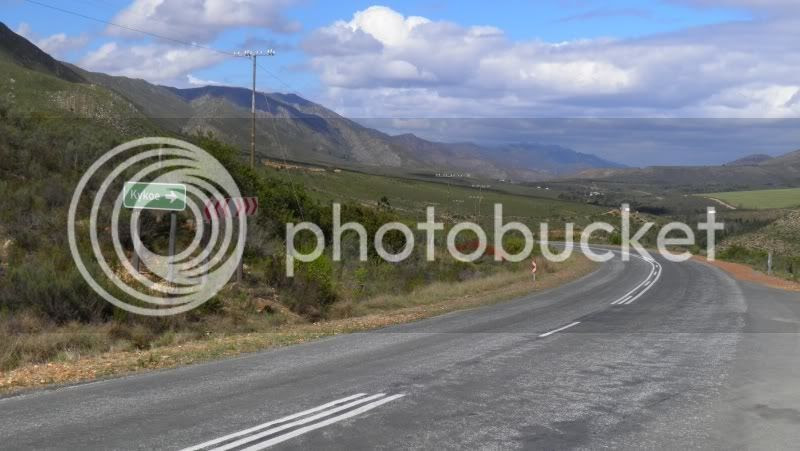 We decided to take this road today. A last piece of gravel to round off a trip to remember. It's short, but we were not disappointed. 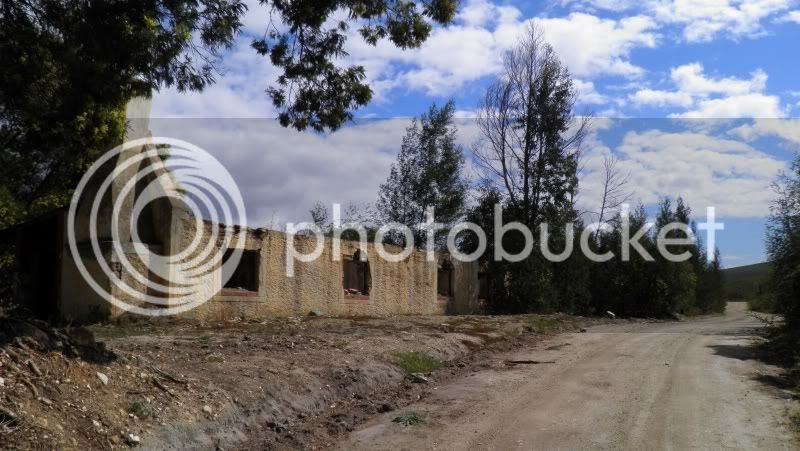 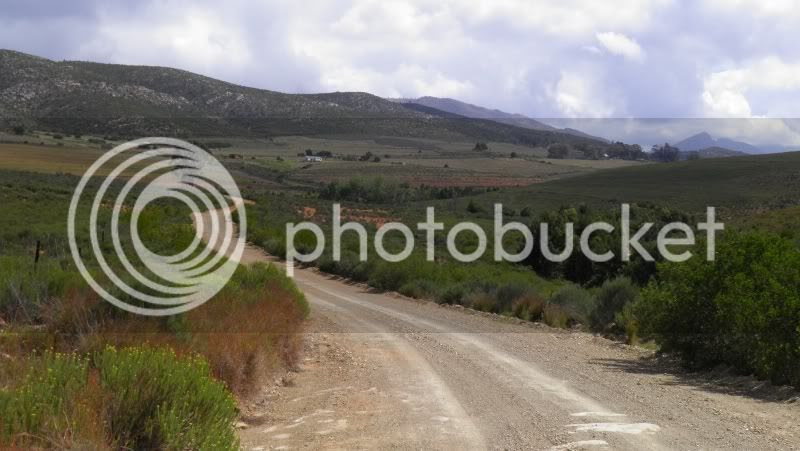 And finally we rolled over the Outeniqua Pass and into George. 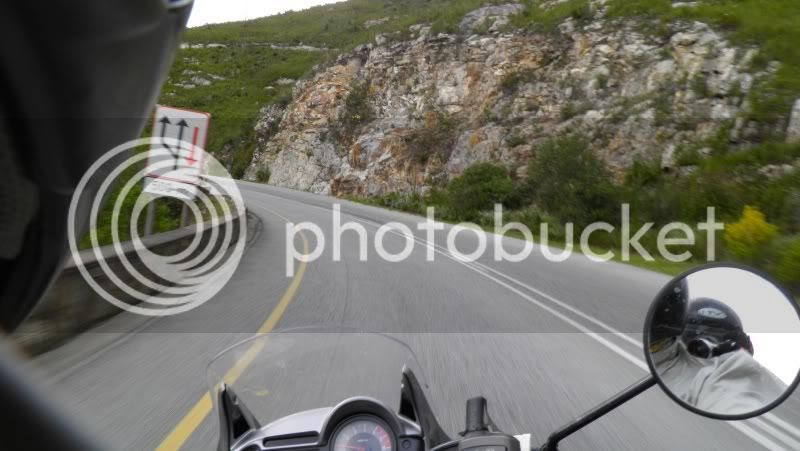 Our stats for today:


I feel like I should say something profound to end this report, but what is there to say? It was not some epic route or adventure. It was just a simple ride through a portion of our country, but that portion, being the Karoo, seldom disappoints. This country has so much to see.

The bike performed extremely well. Loaded and two-up the worst fuel consumption we got was 16.5km/L (into a headwind) and the best was 20.5km/L, with an overall average of 18.8km/L. It's a lovely pillion bike and the comfy seat is a HUGE plus.

This trip was exactly what we needed. When we left we didn't even realize just how much we needed it. We'll be doing it again - soon! Maybe Graaff-Reinet. Or a Cape Lighthouse tour. Or both!