A messenger was send to Prince Albert to inform the British about his whereabouts so he could receive proper medical care. On 11 October 1901 Scheepers surrendered to Captain Shearmann of the Hussars who arrived at Kopjeskraal.

Dr. J.H. Mearns was called out from Prince Albert to come examine Scheepers and when he was moved from the Kopjeskraal farmstead to Blood River Station  Dr. Mearns accompanied his patient. At Blood River station they had to wait for the train for three hours, so the British commandeered the farmhouse on the nearby Antjieskraal so that Scheepers could occupy a bedroom. 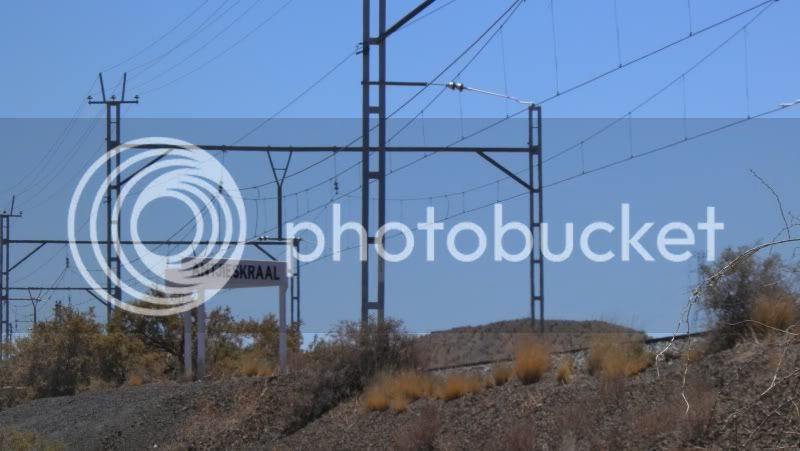 Antjieskraal siding can be reached from the N1 via a gravel road of about 4km. The turnoff is about 60km northeast of Laingsburg and 24 km southwest of Prince Albert Road. It is marked by an old fashioned road sign stating ‘Bloedrivier.’ 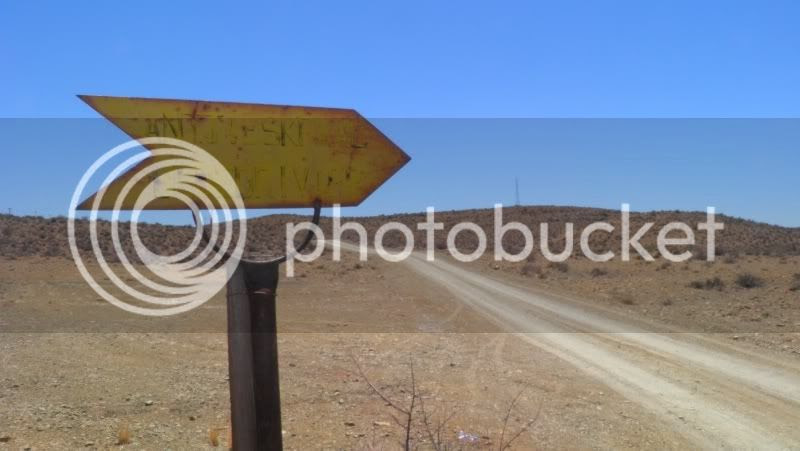 The house in which Gideon Scheepres was held is situated on the farm Elim, which today belongs to Lucas and Jacoline Botes. Scheepers was held in the room on the left: The house looks quite different today. It has been joined to the building next door. Scheepers' room's window is in the middle: My planning for this section sucked as I arrived at the farm just before lunch, but the Botes family invited me in, showed me around, shared information about Gideon Scheepers I did not know yet and even invited me for lunch! Mrs. Botes has a whole scrap book about Scheepers and even some copies of his diary (written in Dutch).

I really respected the fact that these people did not merely live in this house, but studied the history and embraced it.

This is what the room Gideon Scheepers was held in looks like today: According to Scheepers' diary English soldiers surrounded the house, shouting obscenities and making a racket to prevent him from resting.

Both the Blood River (Ketting) and Dwyka Blockhouses can be reached from this farm.

During the war Kitchener had built a series of Blockhouses to protect the railway lines and bridges (the railway line was the fastest means of communication). In the end there were over 8 000 blockhouses built during the war. Some 50 000 men were deployed to guard all these and the length of blockhouse lines covered 6 000 KM. The whole cost of erecting the blockhouses with all their entanglements, was over £1 000 000.

Apart from sentry duty there was nothing to do at these blockhouses. A Tommy Adkins (euphemism for an ordinary British soldier) became jumpy and ill tempered. Once in a summer night storm the tin cans connected to the trip wires was rattled. This caused the Tommy Adkins to fire a fusillade of shot into the darkness. When one of the automatic flares was tripped, all blockhouses that saw the signal began to fire even when nothing was visible in the dark. In one such occasion the firing spread up and down the line for about 160 Kilometres.

There are two blockhouses here at the Dwyka River and one at Blood River.

The blockhouse at Blood River (Ketting siding) were the inspiration (with the ruined Blood River bridge) for Kipling's poem: "Bridge Guard in the Karoo" 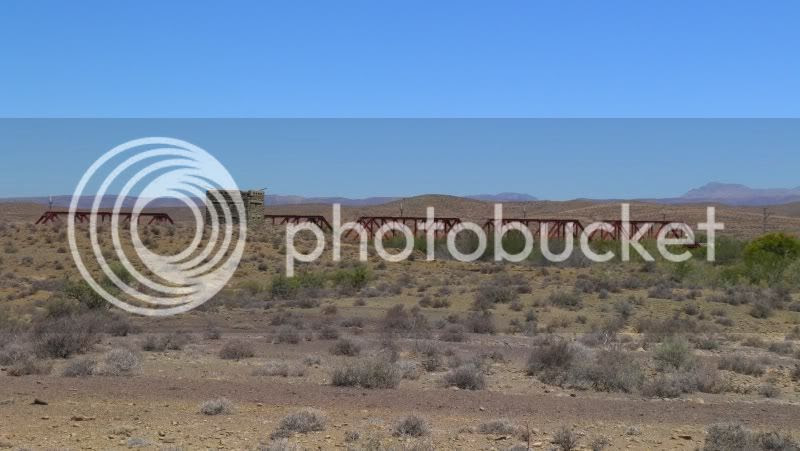 The same block house from a different angle: 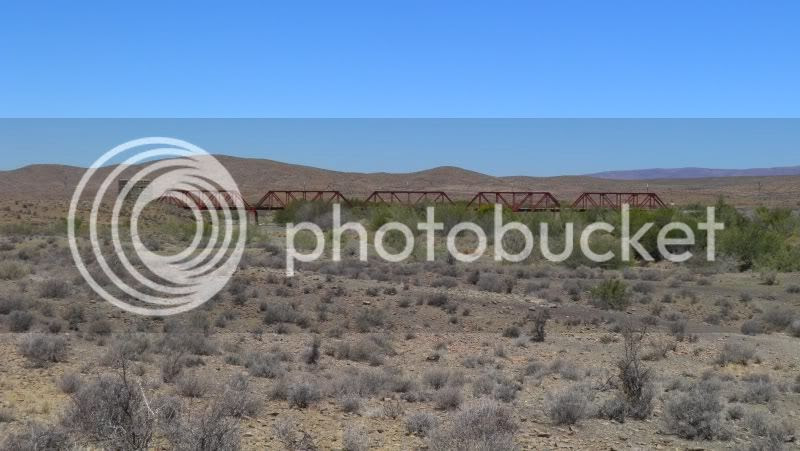 From Blood River Station Scheepers was taken to Matjiesfontein and Beaufort West where he was treated while under strict military guard. 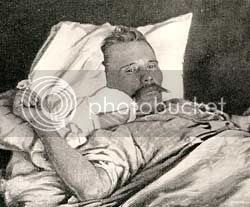 Photo from this site.

Colonel Scobell regularly visited Scheepers and they discussed their many skirmishes. Scobell held Scheepers in high esteem. He wrote in his diary: “He is evidently a very clever fellow. He told me I was called the Night Devil by his men.

Is it possible that his body was secretly handed over to his family? Could it be that he was re-buried in a small graveyard at a small railway siding in the northeren freestate.
My grate grandmother, a sister of "Klein Gideon" visited this graveyard often to put flowers on "Klein Gideon's" grave. Is it worth investigating?

Do you have more info on this? Why in the Northern Freestate and not on his family farm?

I would be surprised if this was the case but it certainly is worth investigating.

My mother now 93 took me to Wolwehoek about 3 years ago, pointed in a direction and said that Gideon was re-buried here. Her grandmother she said, constantly put fresh flowers on this grave and allways mentioned that "here lies 'Klein Gideon". I went back to find this little graveyard and on my second visit did. Now overgrown with long grass that could easy be cleared. She could not reach this graveyard but tried to explain that apparently he was buried between 2 brits soldiers in an unmarked grave with a stone rim around it.