.
Up early this morning with some feeling better than others (no names will be mentioned). Piksteel joined us and we were off to Ceres where we found Operator waiting already. We ordered breakfast, ate and waited and waited… 6 bikes were still missing in action.

There were 11 guys on this ride and incredibly 11 different bikes. Different brands and different sizes. Lifestylers are probably shaking in horror but this is the kind of ride I like

No Lifestyle posers in this group.

In photo order we were:

At about 9 the rest of the mob eventually showed up. What happened??? Six topless babes were hitchhiking and they just had to stop!

No, nothing as exotic as that

Eisbein’s bike had some starting issues and there were some other delays as well. And now they still wanted breakfast. 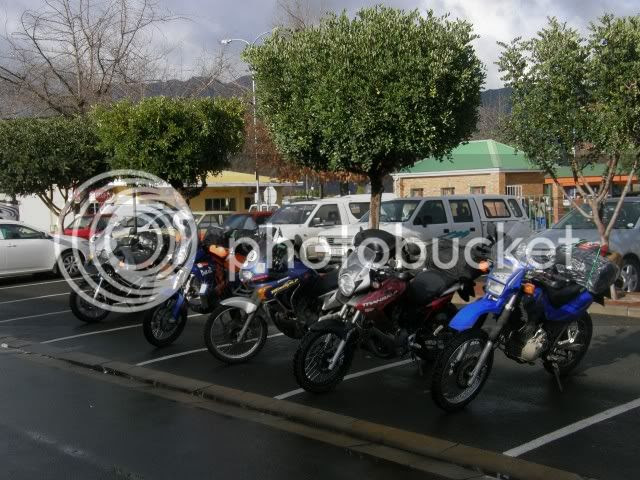 Eeeeeeveeeeentually we were ready to ride. It wasn’t too wet but time was not on our side. We’d have to ride Katbakkies Pass some other time. 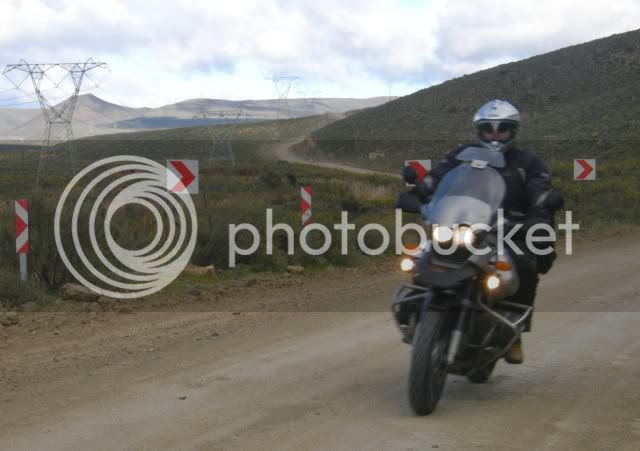 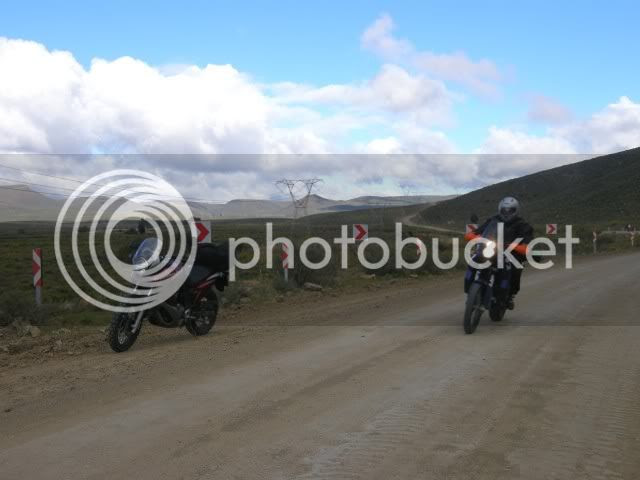 This is a beautiful route. It’s always great to ride where you have not been before. Looking at the dried motor vehicle tracks it was clear that this road would be seriously slippery when wet. It still kept us on our toes with loose sand and sharp corners trying to catch you out. We also encountered some water every so often. Moving on… Time is not on our side. Every so often there’d be sand, mud or water – what more could an Adventure rider ask for? 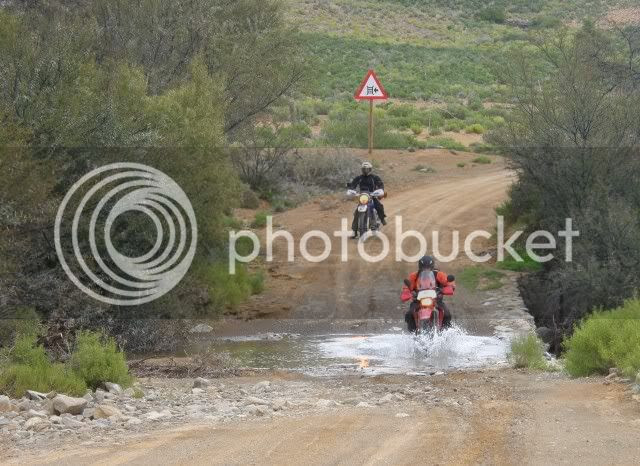 And then some dirt highways for some high speed gravel

Some rode higher speeds than others

It’s cool to see though. 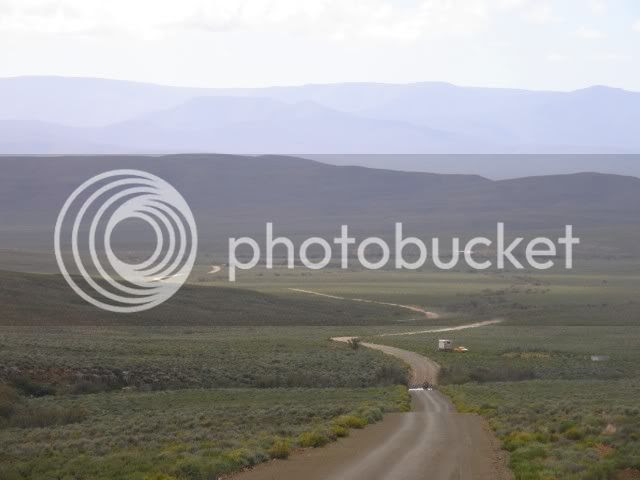 I’ve seen this sign on e-mail before, now I’ve actually seen it: 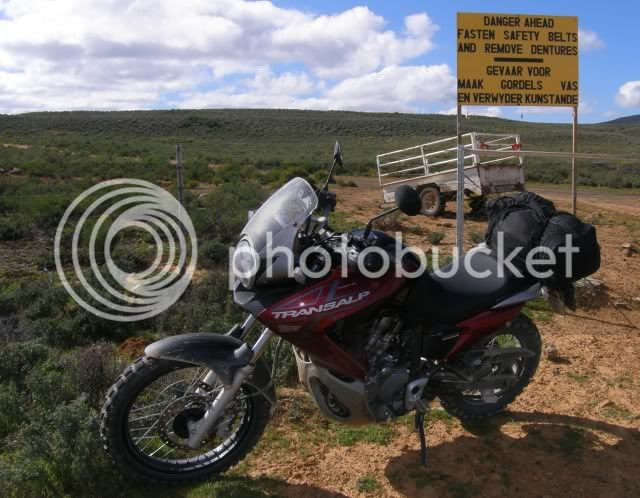 We pulled into Sutherland for petrol and lunch. The hotel has graffiti on the wall and spotted a dog or two. We added our own names of course 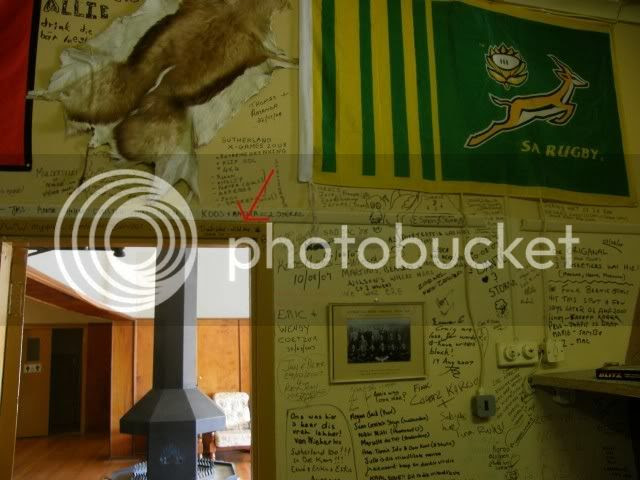 In high spirits we hit the road again. 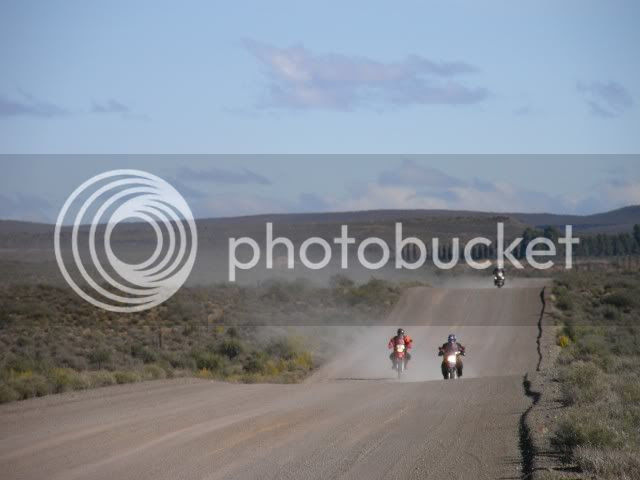 Bru on his V-Strom:

Eisbein on his GS doing a flyby:

It was getting late and wanted to get to the farm Tiervlei before dark, but we still stopped here and there for a photo or two. 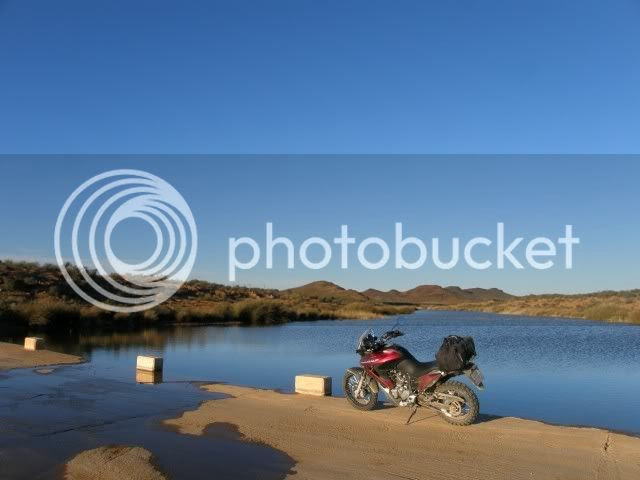 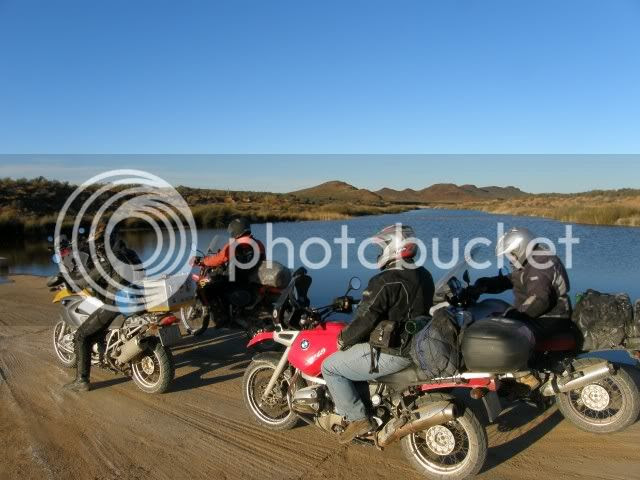 Shortly after pulling off from this stop Piksteel came from the front. Ektoknbike went down…

This is the scene that awaited us: 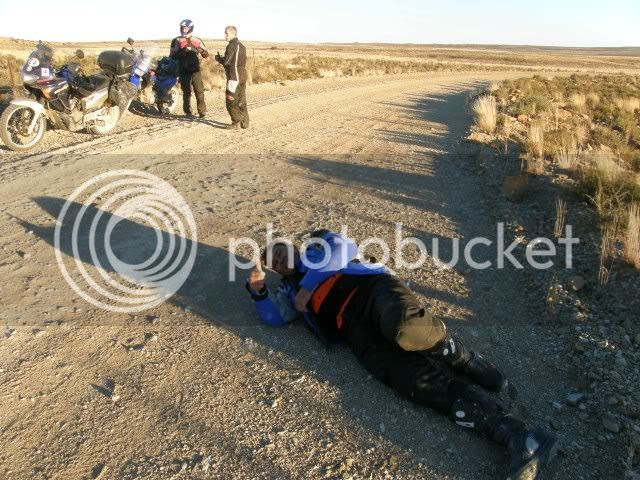 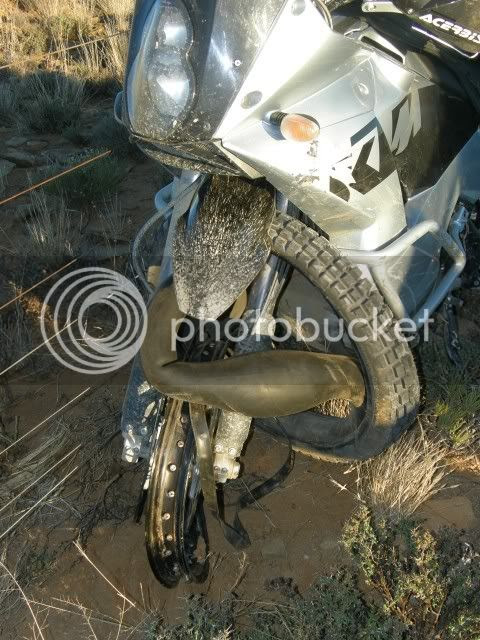 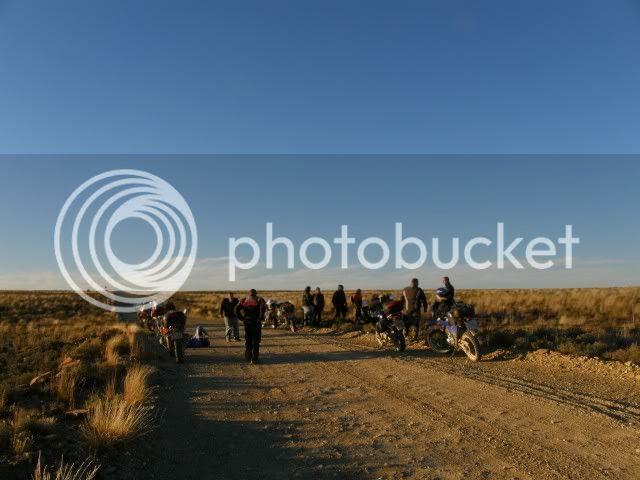 Luckily we were only 30km from our destination so we quickly organized a KTM recovery vehicle. 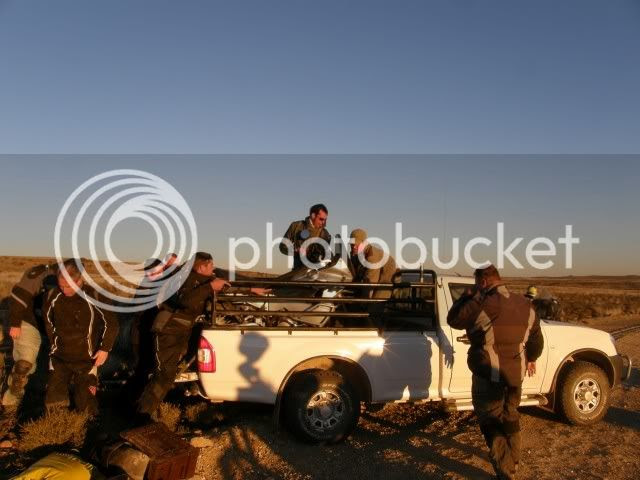 It was dark by the time we arrived on the farm and the farmer had some surprises in store for us. We weren’t sleeping in the wool shed and we had some ways to ride still. It was dark, the Jeep track was rough and we had no idea where we were going. Sand, stones and dust with little visibility and the worst was still to come – a rocky hill climb to who knows where… This is real adventure riding

Some bikes were tired after the long day and took a rest.

Some guys run to help – I take photo’s 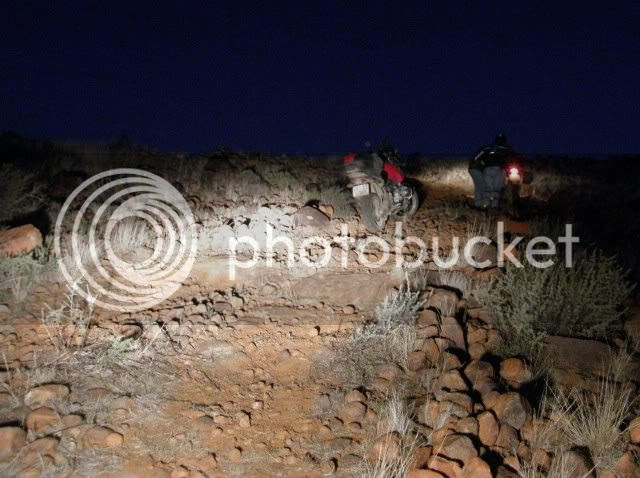 Up on top a camp awaited! 5 tents, already pitched, with braai wood, grids, ablutions everything! The owner calls it Erzberg (because of the last rocky hill climb

) and plans to make this site available to adventure bikers. Not 4x4’s – just the biking crowd. This is a must on any biker’s to do list.

Festivities commenced and carried on well into the night. Great company under the great Karoo skies. What can be better than this?