The day has arrived. I decided that my 8 year old son Andre is finally ready for his first bike trip. He’s been riding a PW50 for 2 years and I bought him a new CRF70 two months ago. He’s adapted well to the bigger faster bike and I felt the wheels are big enough to handle reasonable off road conditions.

He was very excited (as we all were before our 1st trip) and we did all the shopping and planning together. Eventually everything was ready and the day arrived.

We left from my dad’s farm because from there we’d be on gravel roads for almost the whole trip. The farm is in Geelhoutboom up against the mountain on the Western side of George. 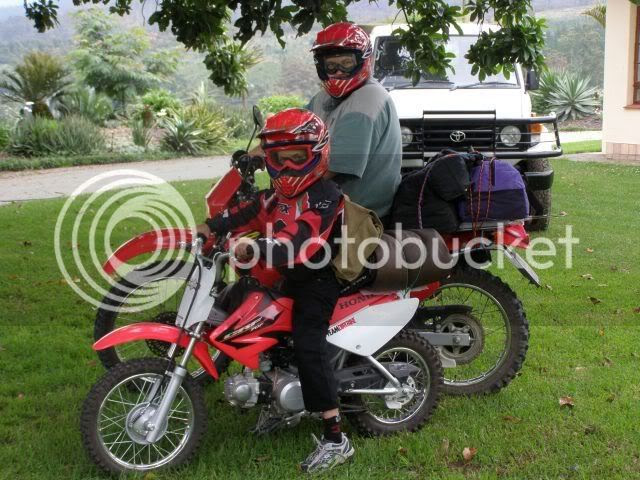 We decided to visit Bonniedale Adventure Farm in the Attakwas kloof. It’s only a 75km trip there, but we started early as I did not know how fast we’d be traveling. It’s a good thing to, because at first the going rate seemed to be 40km/h with lots of photo stops. 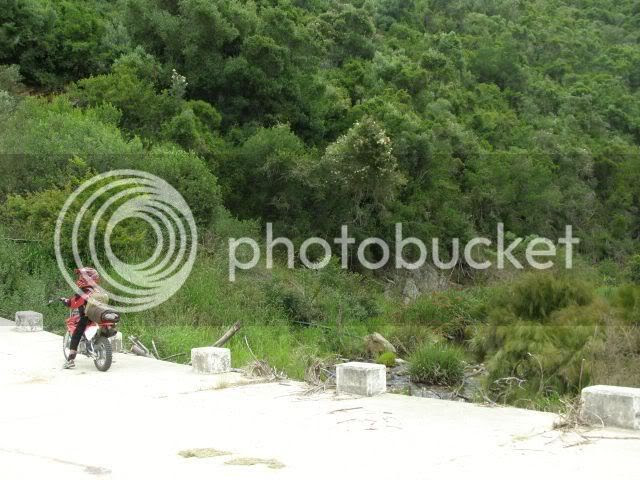 We passed by the Botlierskop Game reserve. 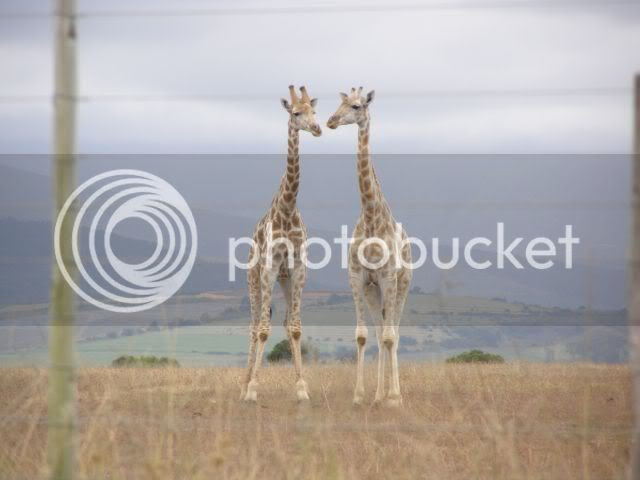 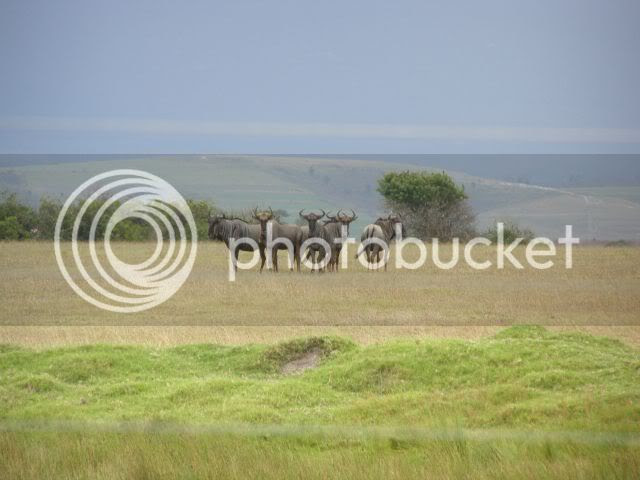 By this time he got more comfortable with the roads and the traveling speeds got up to 60km/h. That’s when he hit a big hole and the bike got into a serious speed wobble. It was a VERY close call, but he recovered and kept the bike upright. OK. You can’t buy experience and at least he handled it well (he would not be so lucky later on). 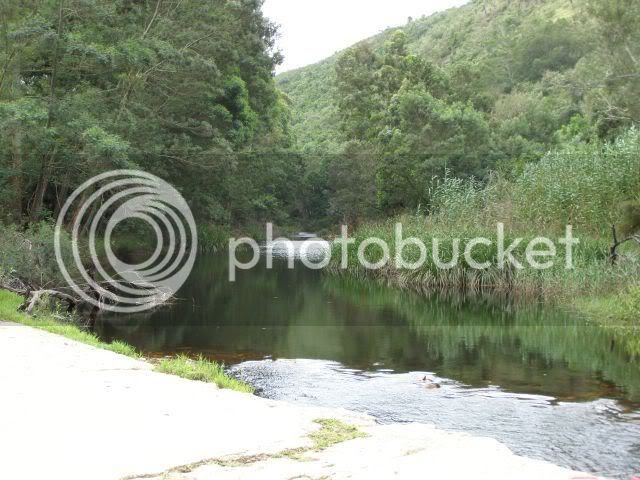 After 52km we stopped at Diesel & Dust on the Robertson Pass for petrol. The little CRF only has a 5,5 liter tank and I had no idea what kind of consumption to work on. Better to be safe than sorry… After 52km the bike took 0,91 liters. That’s approx. 60km/l !!! 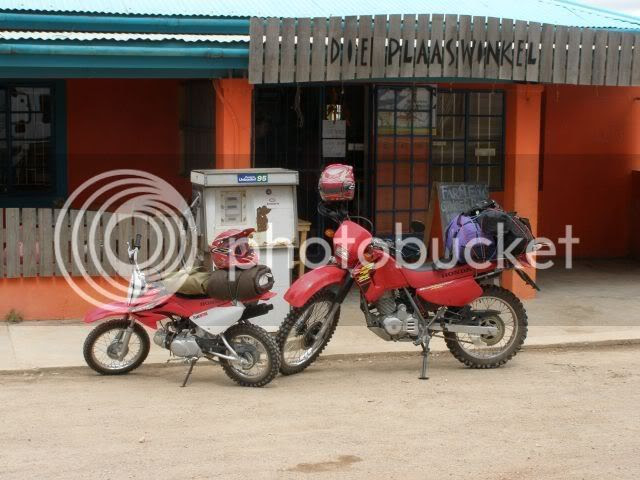 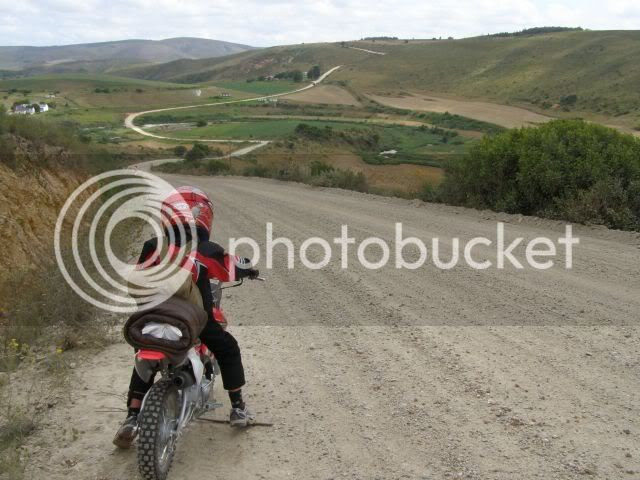 A stretch into the mountains we rode on a newly scraped road. Around a corner Andre hit a biggish stone which threw him off line and he went over the sand “walletjie” and onto the rough hard ditches and rocks on the side of the road. He kept it together for a couple of meters before he came down hard. I had the fright of my life. After a quick assessment we decided that this too was a Kodak moment. The little Honda and rider were virtually unscathed. Phew!!! 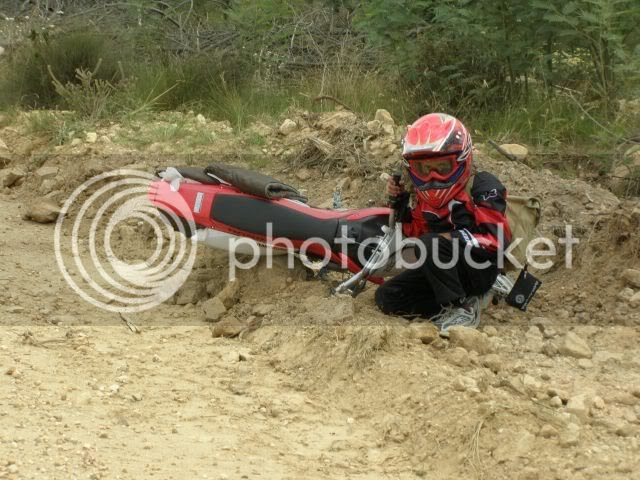 The chest protector & knee pads were a good investment after all. Unfortunately (and unbeknownst to him) the Fox gloves etc. is still under the tree. 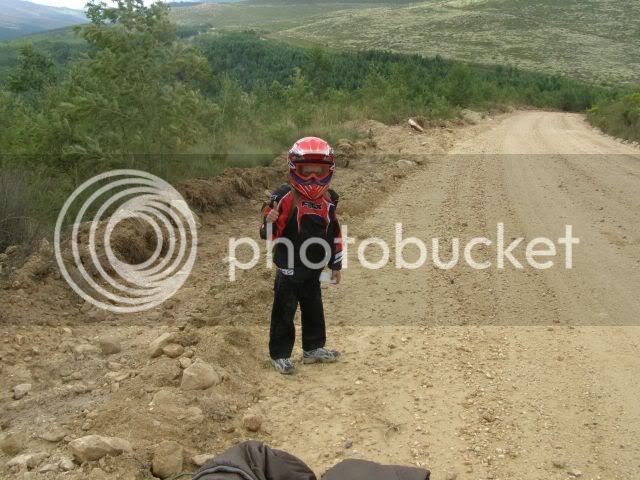 We arrived at Bonniedale to the usual warm welcome and set up camp next to the river for some good quality Father & Son time. 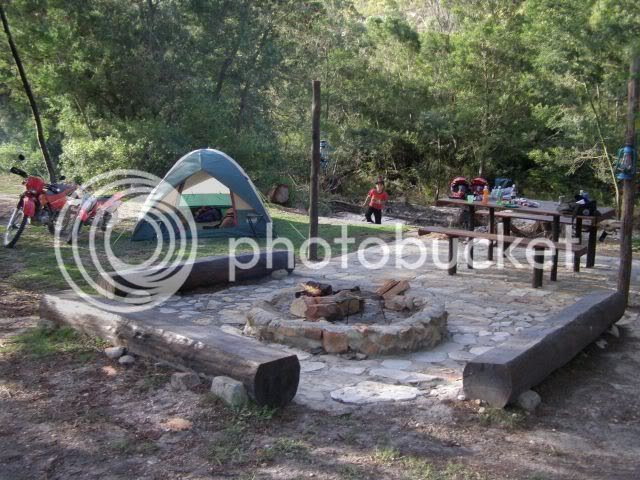 The next morning we explored the routes and Andre did his first water crossing. 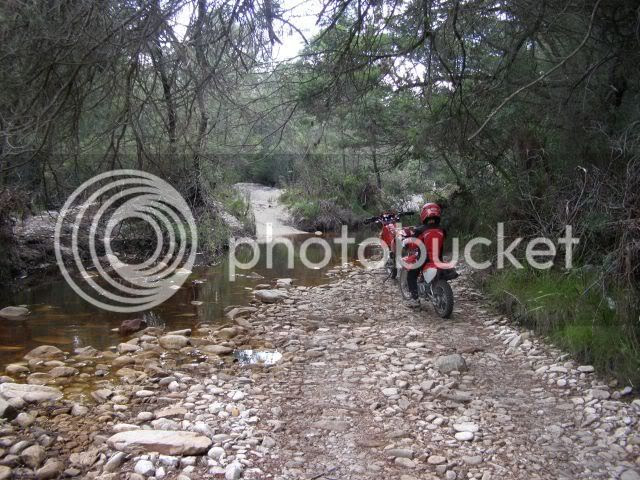 We weren’t the only ones on bikes exploring the well kept secret of Attakwas Kloof. 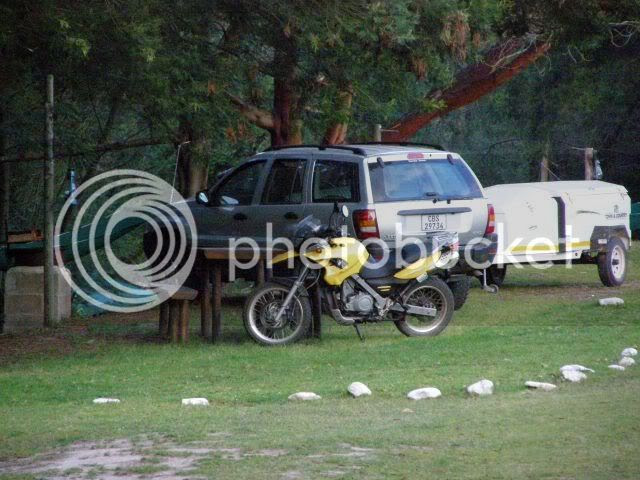 GS, GS, GS. Where are the KLR’s and Africa Twins? 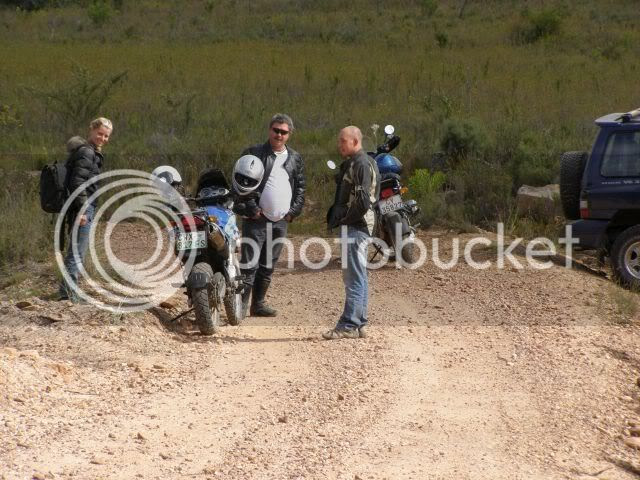 Time to hit the road back. 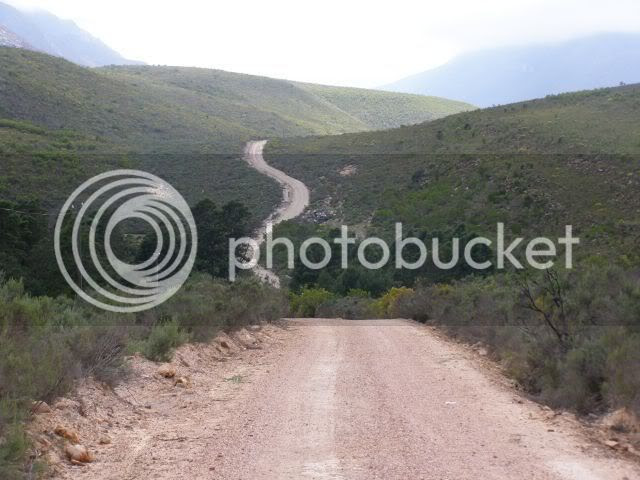 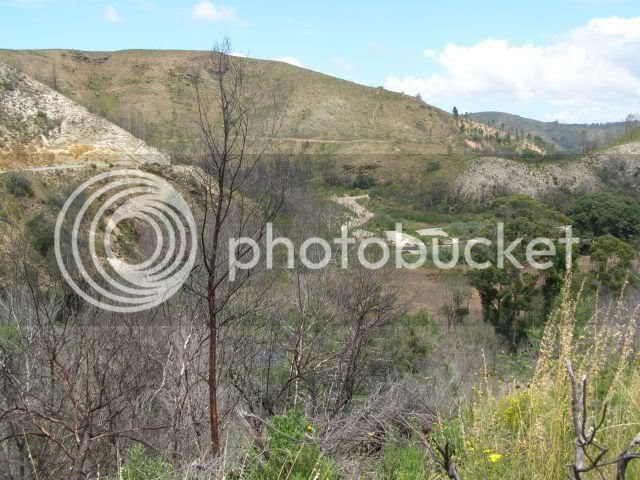 And back on the farm in time for the Sunday braai. 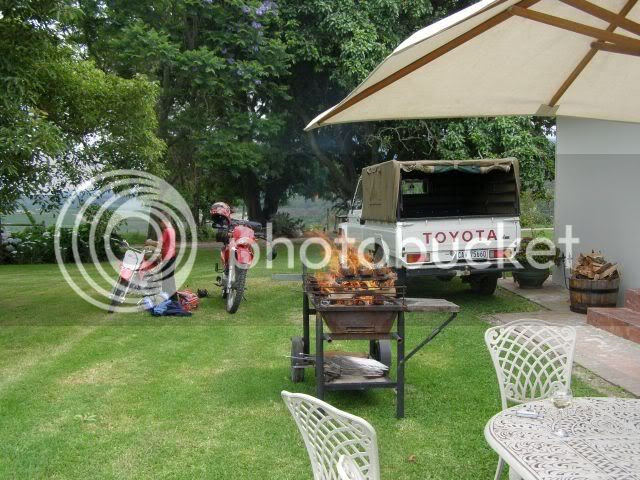 Email ThisBlogThis!Share to TwitterShare to FacebookShare to Pinterest
Labels: Attakwaskloof

Superb! will be back.