A short trip – the long way round.

I've always wanted to just start riding and see where the road leads. My problem is that I get all exited about a trip and then start exploring maps (and Google earth of course) planning the trip in the minutest detail. Sunday I got a chance to just follow my nose.

We took the family camping in Hartenbos for the weekend. The kids enjoyed the “Waterwurm”, trampolines, pools, ice cream and beaches. Mommy also got treated with a show at the barnyard theater Saturday night. 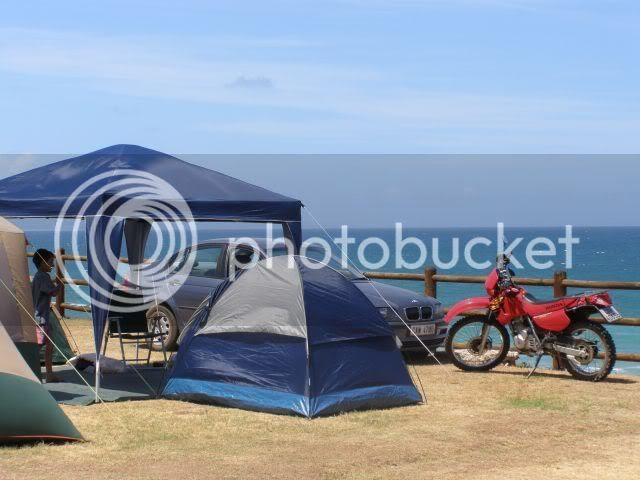 With packing done on Sunday I decided to take the back roads back to George, and specifically any roads that I have not been on or that are closed – if I could find any.

On the Hartenbos – Oudtshoorn road I found a gravel turnoff and of course I took it. The first surprise was a Castle on a farm and around the next corner the river. The water was so clear that I could see the fish swimming. I’m not a fisherman so unfortunately the species is unknown. It could have been a “lesser spotted Southern Cape river fish” 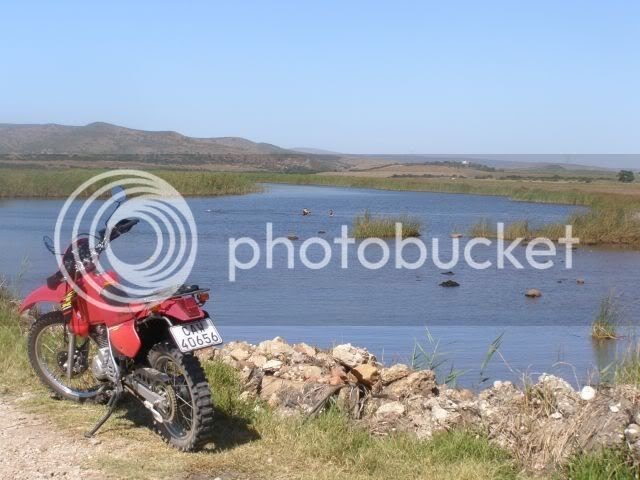 Not far from there I passed the Botlierskop Game Farm. 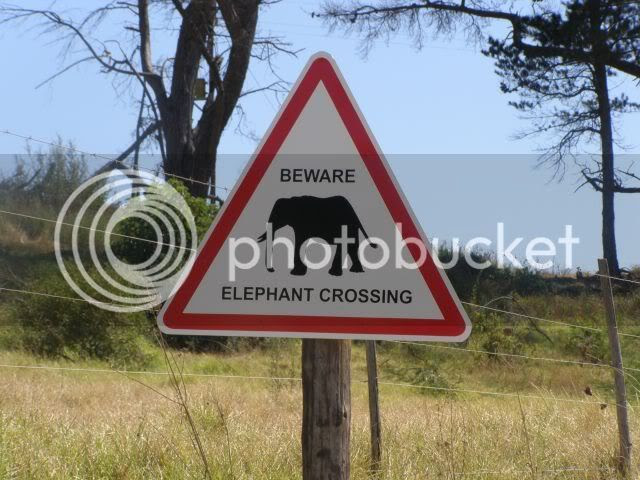 These guys have huge land with some public roads crossing through. From the side I entered they had a “Road closed” sign up to discourage people from riding / driving there. The sign was put up months ago when the roads were damaged by the floods. They have been repaired since November 2006 – but the sign remains… 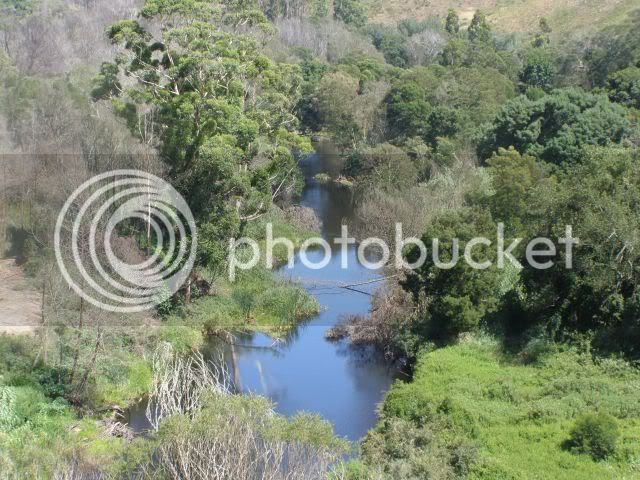 Riding in nature got me interested to learn more about the animals I see, so after each trip some research is done. This White Stork visits SA during summer, but it turns out that there is a small breeding colony of them in the Southern Cape. Who knew? 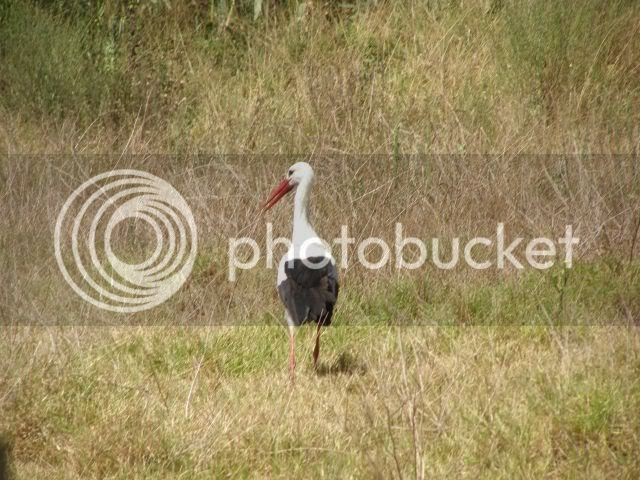 So I traveled in the general direction of the Outeniqua mountains. Once again I came across a small 4x4. I thought it to be a “baby”, but later read that this was a grown “Kaapse Padloper” tortoise. Because of their size tourists pick up the “babies” and take them home. Shame. 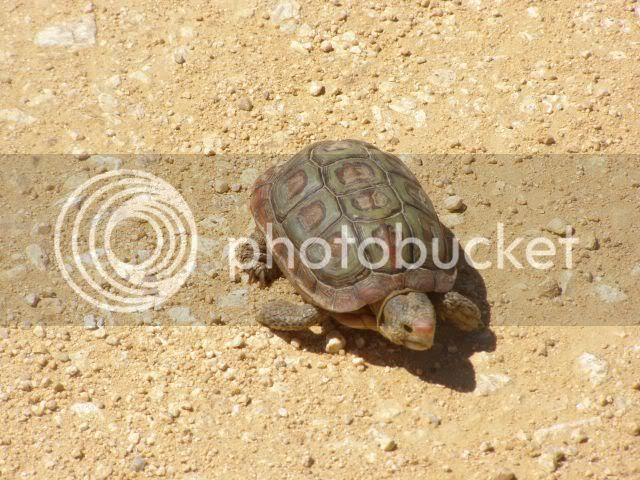 This little guy decided to make a pit stop in the shade next to my wheel. This gives you a good idea of the size – about two and a half knobblies… 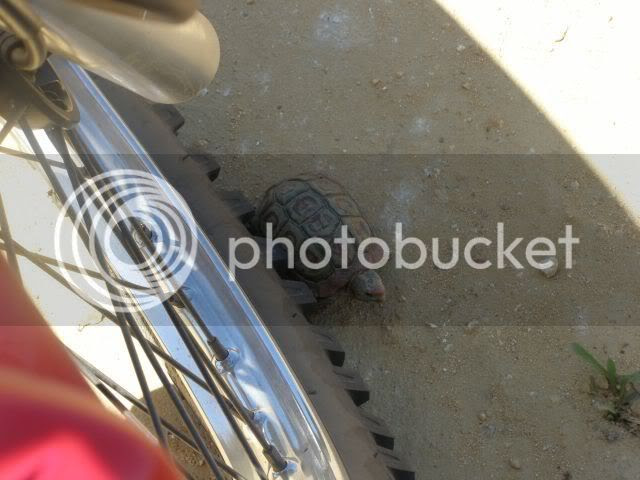 The road went past another portion of Botliers Kop Game Farm… 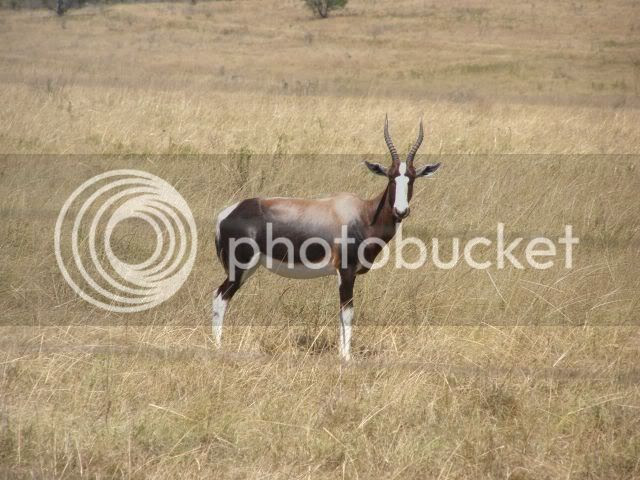 …and turned into my most feared road condition – tar. I took another “plaaspad” a.s.a.p. and ended up in Great Brak River for a quick (healthy) snack. 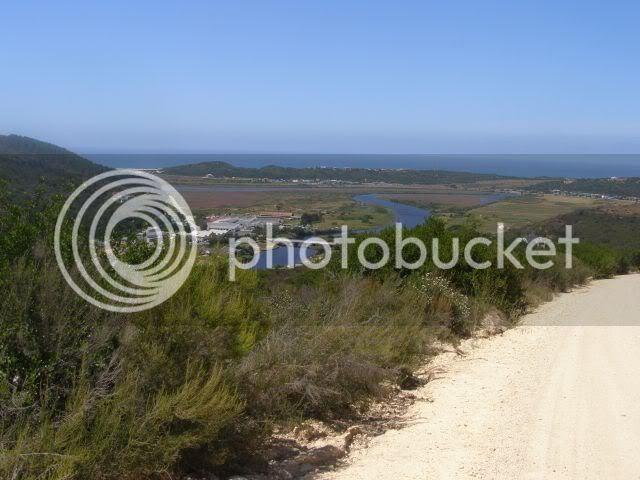 From here I literally knew every single road, so I just enjoyed the scenery. 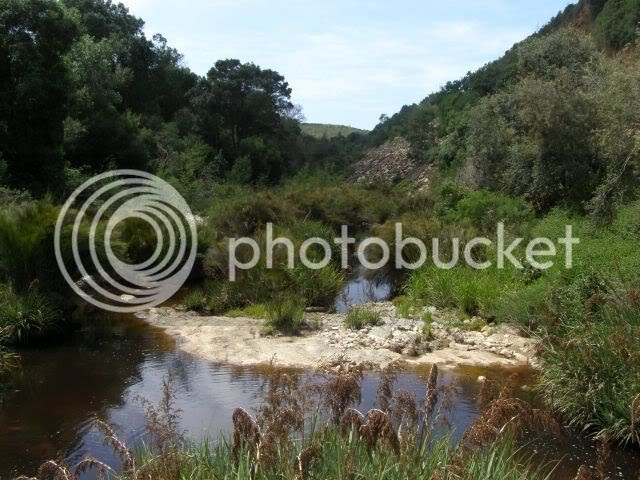 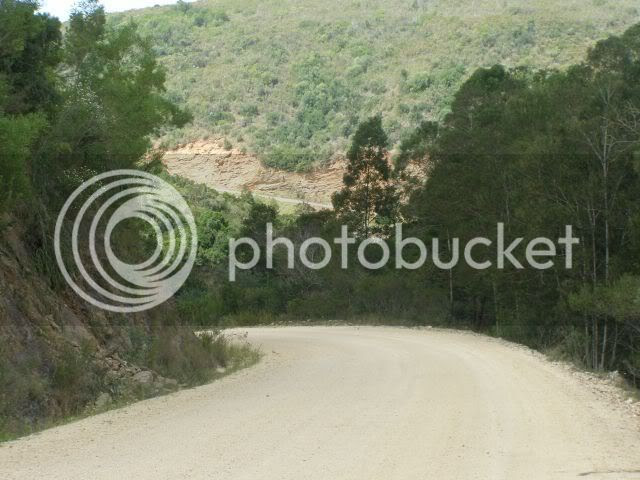 No trip is worth mentioning if it doesn’t involve a water crossing. 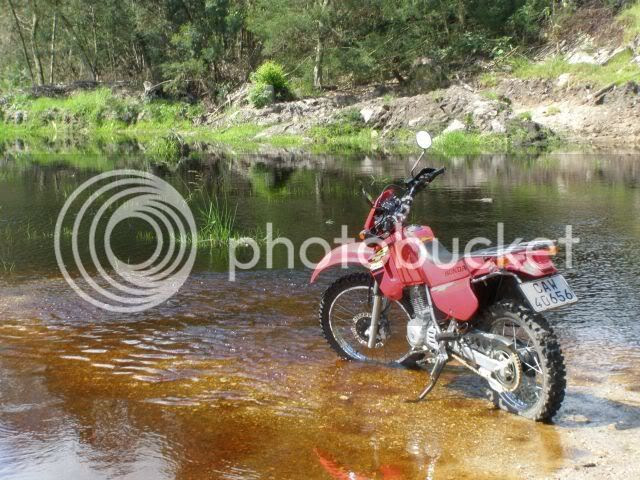 And past my dad’s farm en route to George. 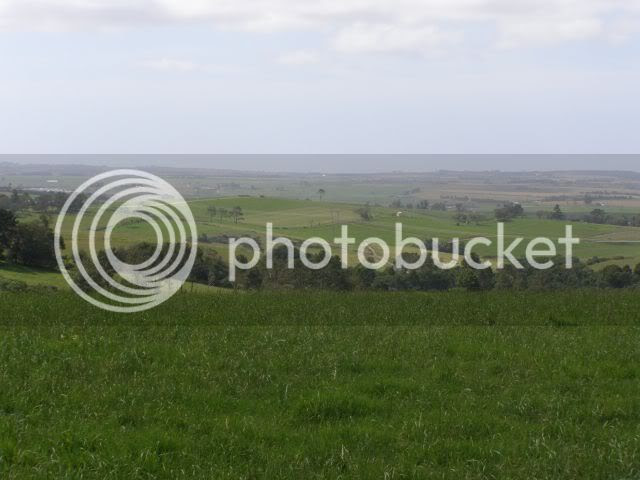 This “follow your nose” type of riding is fun. I’ll do a much longer trip next time. If you don’t have a destination you seem to be much more relaxed and not worried about the time at all. Learning more about the birds, snakes and other wildlife also makes for an interesting ride.

I even saw a chameleon over the weekend. Didn’t need to read up about him though. 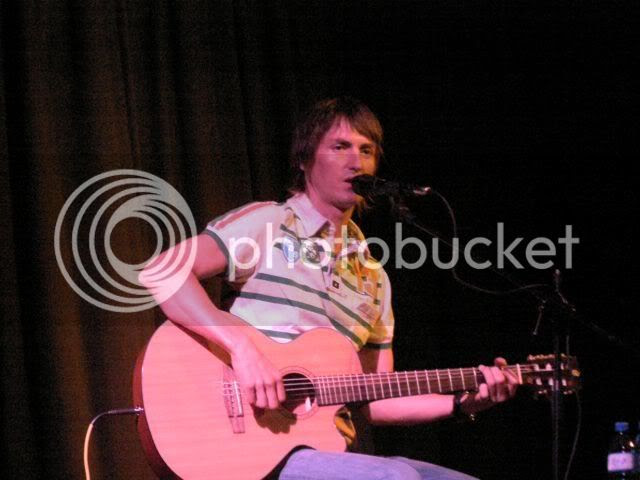