The and Cook’s Drift– a frequently dangerous (at flood time) ox wagon crossing over the river used before 1870 to link George with . 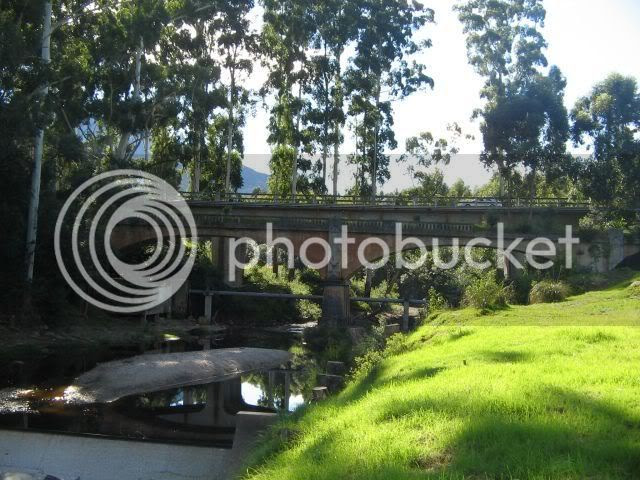 THE
The George and Knysna Herald dated 29 August 1933 featured the official opening of the first concrete bridge across the flood-created gorge of the .

Mr H J Raubenheimer (Chairman of the George Divisional Council and President of the Association of the ) was the speaker at this occasion, which was attended by over 400 people. Blanche Raubenheimer, her arm in a sling from injuries received in a motor collision and using scissors in her left hand, cut the ribbon after her husband declared the bridge officially opened amidst a succession of cheers and double three cheers for the Contractor, Mr Gibelio. Two aeroplanes also passed overhead in celebration of this beautiful three-arched bridge.

Today only two of the arches can be seen as one arch was filled in during the construction of the shorter new dual lane bridge built in 1964 to cater for the increased traffic from George to Blanco on the Witfontein road. If you travel over this bridge to Blanco, you will see the old bridge on your left, with the drift approximately 300m downstream from the bridge. 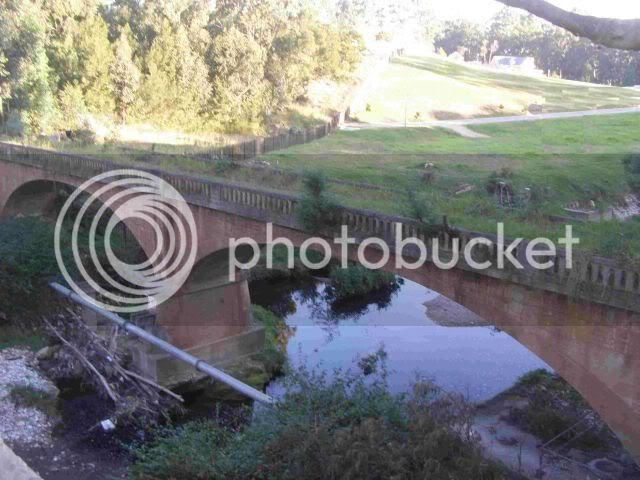 The first concrete bridge was built after the wooden bridge was swept away by flood in December 1931. It was built in 1871 and stood for sixty years even though the councillors at the time did not agree with the engineers regarding the bridge site. It required little maintenance, except for when
the deck boards were replaced with new ones carted by ox wagon from Knysna in the 1890’s. 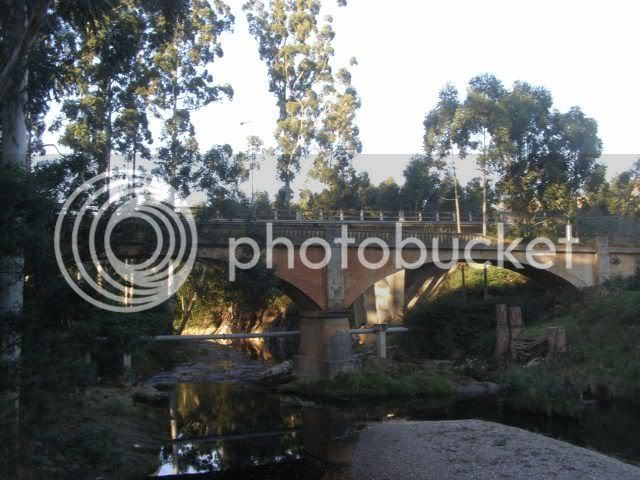 By Karin Kruger on behalf of the George Heritage Trust

Email ThisBlogThis!Share to TwitterShare to FacebookShare to Pinterest
Labels: Bridges