The 27km Swartberg Pass is considered one of the most spectacular mountain passes in the world: an untarred road winds to the summit 1 583 metres above sea level in steep zig-zags and sudden switchbacks, with breath-taking views at every turn.

The natural characteristics of the Pass are magnificent – as are the man-made features. This was Thomas Bain's last engineering masterpiece. His construction philosophy, which has stood the test of time was: "Good hat and good boots". The dry stone packed retaining walls are amazing, in one place on the southern side the wall is 2,4kms long. They range in height from ½ metre to 13 metres. Laws of friction and cohesion govern the pressure on retaining walls. The bed (ledge, base or shelf) measures up to 1 metre plus up to 300mm at the top. Selected stone was used and laid with grain at right angles to the natural bedding line. The walls were battered (sloped inward) in a rise of 1:6. To illustrate the scale of the highest sections of the walls, Boegoekloof measures 13,1 metres vertically and the second hairpin on the north, 7,3 metres. Pressure on the roadway through traffic has compacted and secured the walls and roadway.

The larger stones on the ledge bedding provided good drainage but further provision was necessary. Bain’s original specifications give "rule of thumb" measurements and clear instructions as to how many culverts, side drains etc. there were to be, but it is not stated how these were arrived at. What is clear is that they appear adequate, for after over a century of rain the walls are essentially still in place and until recently, with little or no damage. 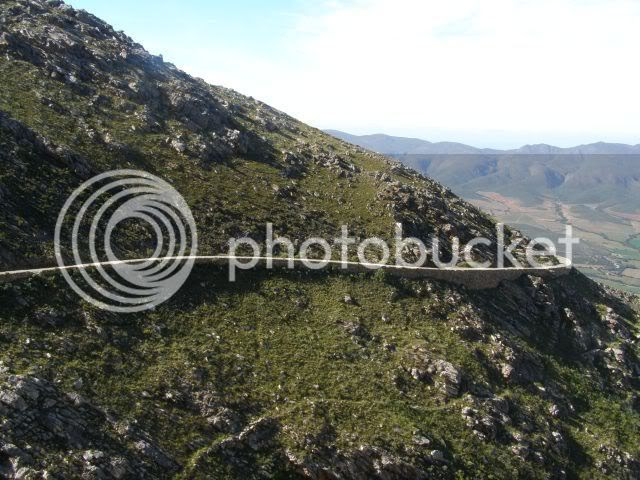 In September 2000, a concerned group of design and construction professionals from Prince Albert initiated a crisis meeting with the Provincial and District Roads Engineers to discuss their difficulties in providing adequate maintenance of the Pass after the bouts of heavy rains over the past three years. The Pass underwent specialist maintenance and was declared a National Monument in its Centenary year 1988.

Along the way there are relics of an old prison, toll hut, hotel and other interesting historical sites. 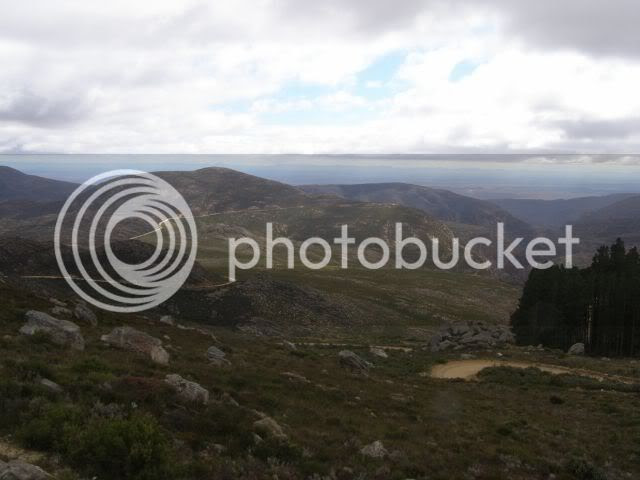