Hi folks. Had a great last week, there's some awesome scenery in this part of South Africa. Had a look at Meiringspoort pass gorge with high sides ochre coloured rocks and the odd boon. Then to Cango caves limestone one of the best Iv'e ever seen, beautiful, then over Swartberg pass and along a side road to die hel(the hell). Great road big hairpins at the end but hells not that hot and i came back.

To Calitzdorp next on the way meeting Bart & Goedele near red rocks awesome scenery again on a KLR 2008, nice coffee thanks. South then to Van Wyksdorp, Langberg to Bonnidale holiday farm with great hospitality and thanks to Nico for the rock paintings trip and to Lynne for my first South African braai (bbq), real nice and talk about travel, thanks a lot.

Saw a couple of velvet monkeys there and a troupe of 22 boons heading across the hill looked like the whole hillside was moving, also got some practice on rocky stuff and a bit of sand, good for later on. Then to trailrider's house for a photo shoot for a cover page for a glossy magazine no doubt. TR had a lot of trip reports I read before coming over his website is trailriderreports.blogspot.com Some of the trips I've done now are on there with pix until i can sort something out. Thanks for the info TR.

By the way the clerical error in one of the e-mails has now been resolved. The wild dog asleep on the road is a miervretende aardwolf or ant eating maned jackal.

I'm chilling out in Oudtshoorn today then West on Route 62 to Capetown via a nice sounding pass. Month has gone already with nearly 3,000 km on the clock. So far great riding great people awesome scenery just got to keep the rubber at the bottom of the bike not the top. 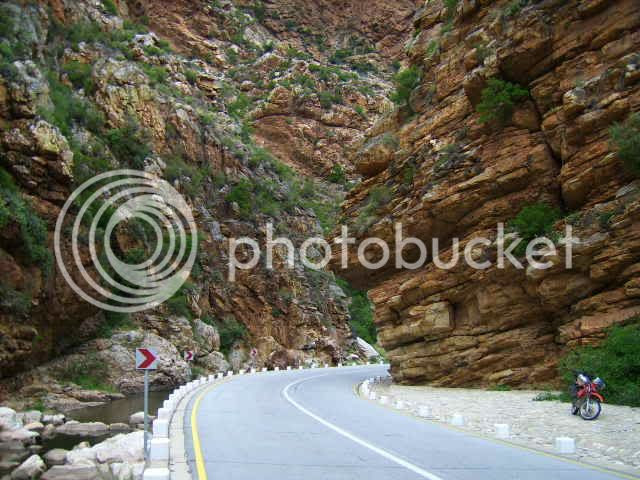 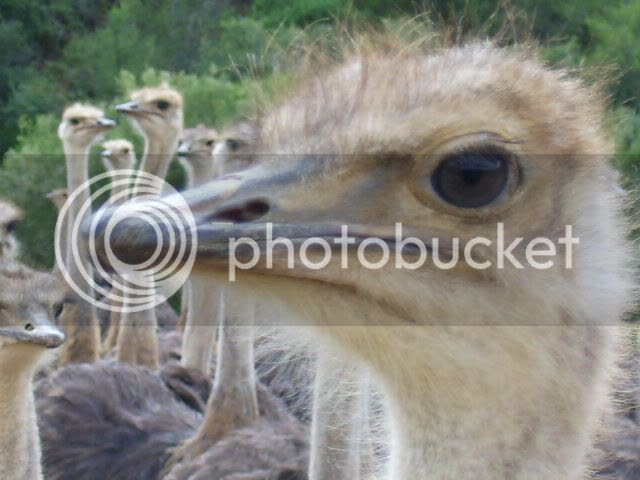 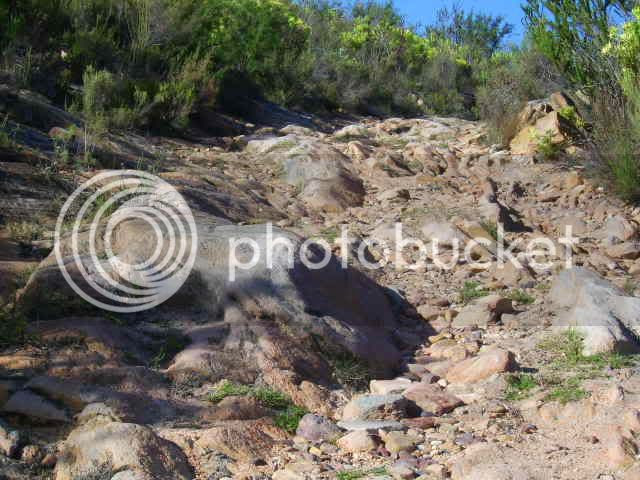 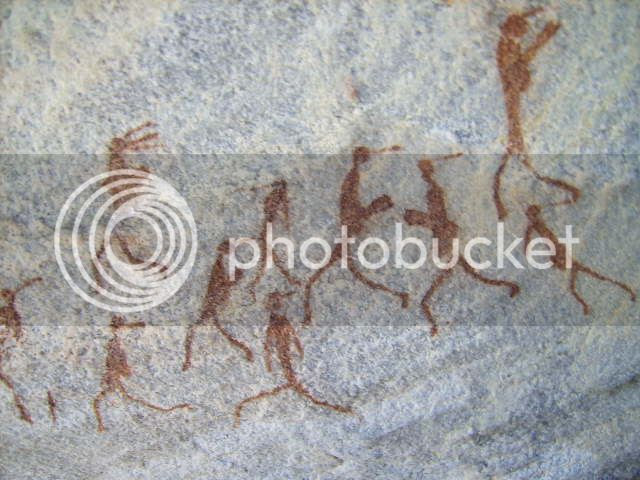 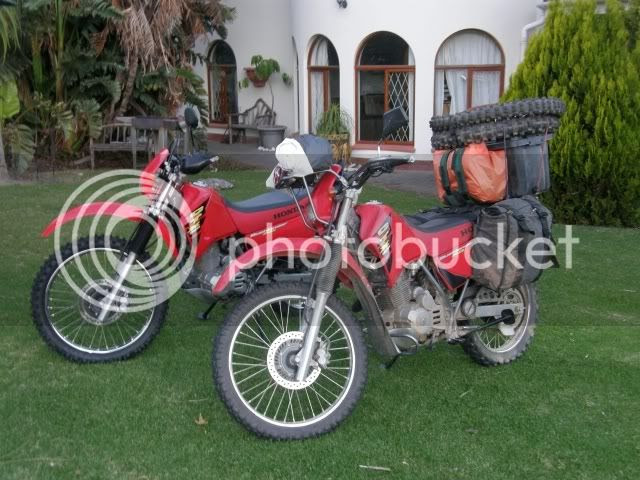 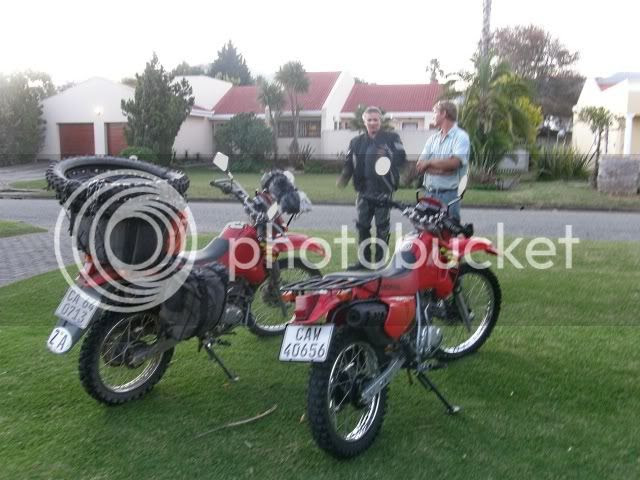 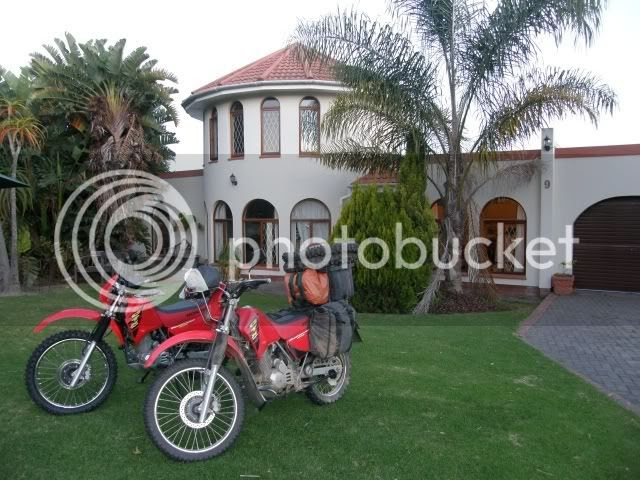 nice pics Ronnieeeeeeeeeeeeeeee. What a great life eh. You relax, we will keep the Port opertaing. lol

Hi Bing, Just logged into this site while doing a graveyard, you know them shifts you really miss!!!!!!!!!
Nice scenery, you sound like you are having fun, enjoy! will keep up with your adventure on this site.
Trev.