This morning we woke to some blue skies.

There was a hustle & bustle in the camp as everybody packed their steeds. 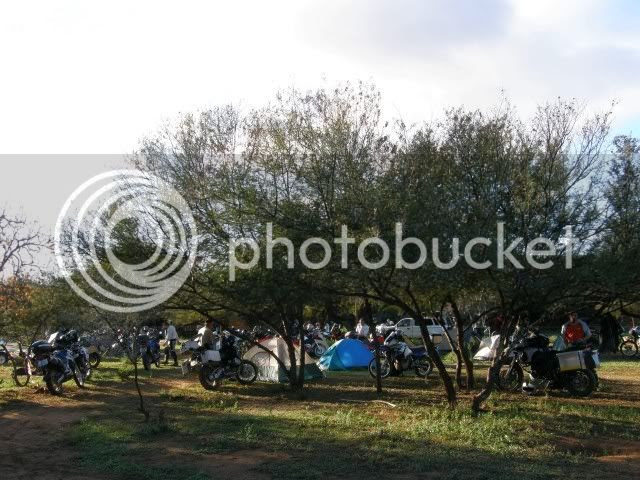 Some more interesting bikes I noticed:

The Harly that came, stayed and left on the trailer 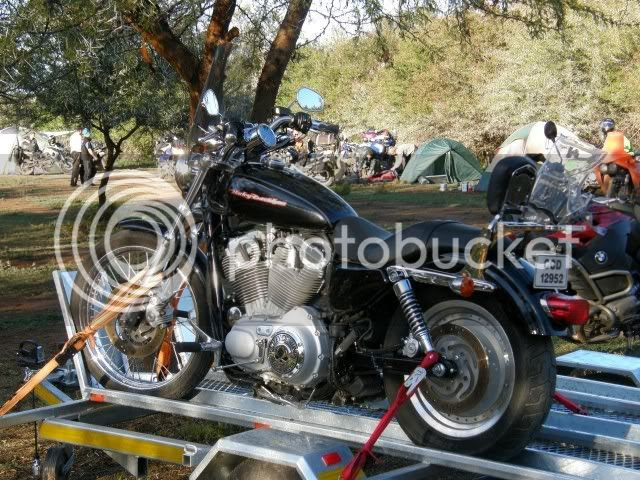 I really liked the look of this Suzuki. Makes you want to ride through Africa. Rough and tough. 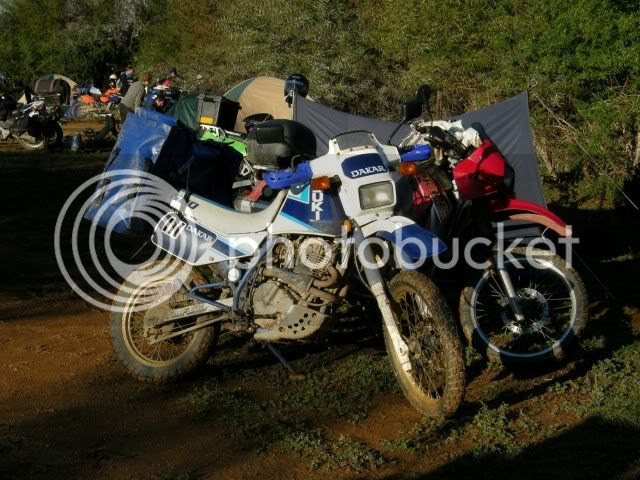 We also had a chat with Andy & co. who rode through Baviaans the previous day. According to them the route was fine, BUT they did ride through and over the plateau before the rain came. The decision had to be made. More rain were forecast in Baviaans today and one more phone call confirmed unfavorable conditions. Three out of the four riders voted that Doodsklip be postponed to a next trip. We will return.

In the mean time we still had to get out of the camp. Some mud at the gate - check the guys in the background, lurking camera in hand waiting for some poor sod to fall over 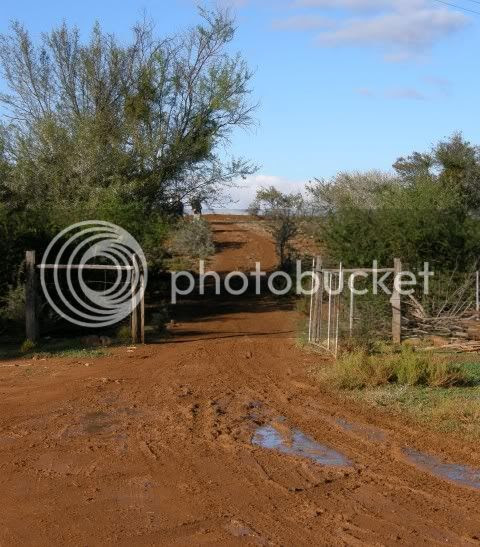 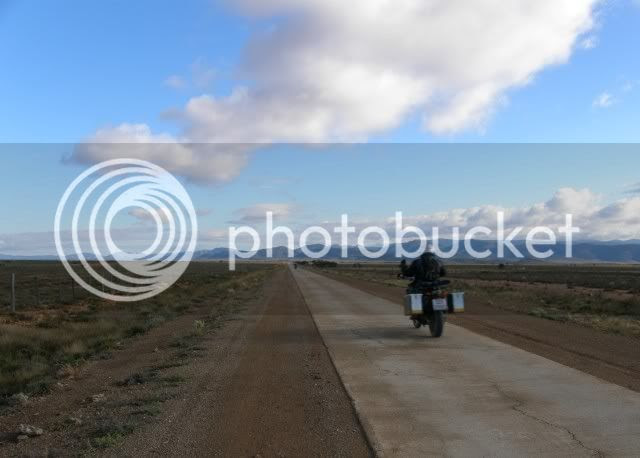 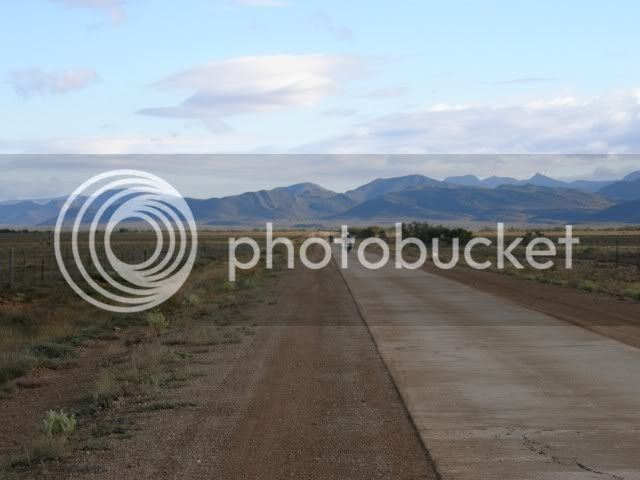 Turning of this road onto the N9 near Willowmore I saw LGF gun his DRZ. Behind him (in front of me) Rovrat turned and gunned his BMW. I turned in and gunned the TransAlp too

Nice feeling that! I looked in my mirror, only to find Fidel on his KTM right behind me... On his back wheel!!! 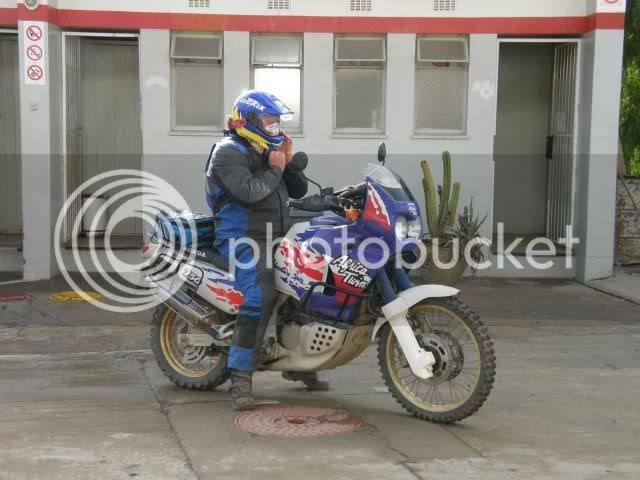 And breakfast of course. 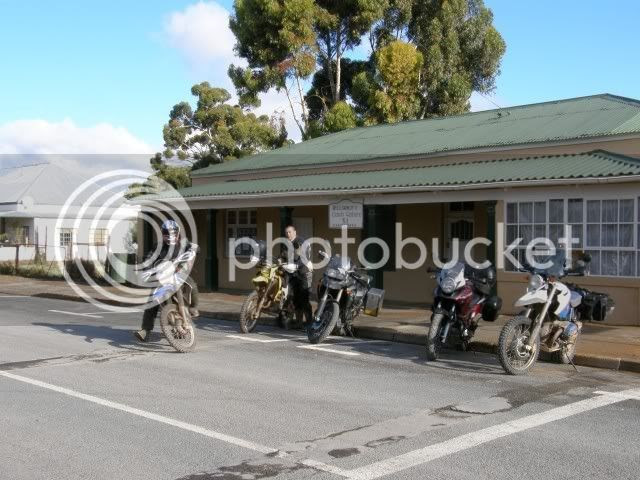 It was a good route. We should ride it one day

Now though some wet and muddy riders decided to head for George where hot showers, a nice fire, steaks and some liquid refreshments waited

We decided on the scenic route - the Kammanassie road and over Montagu Pass to George. 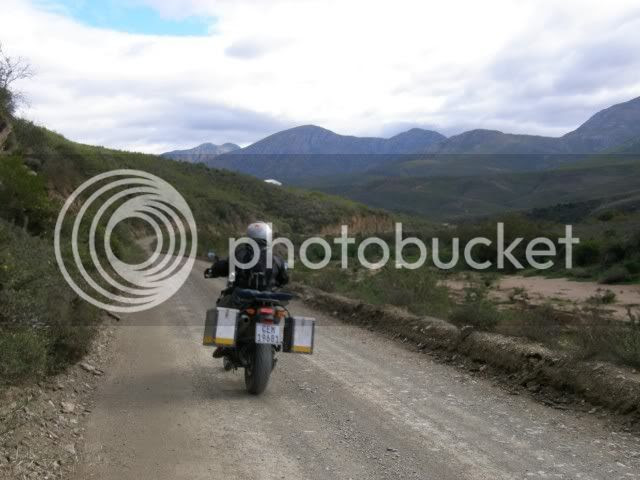 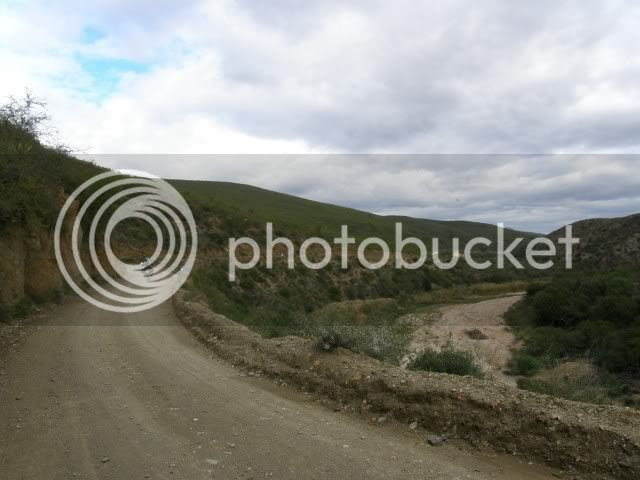 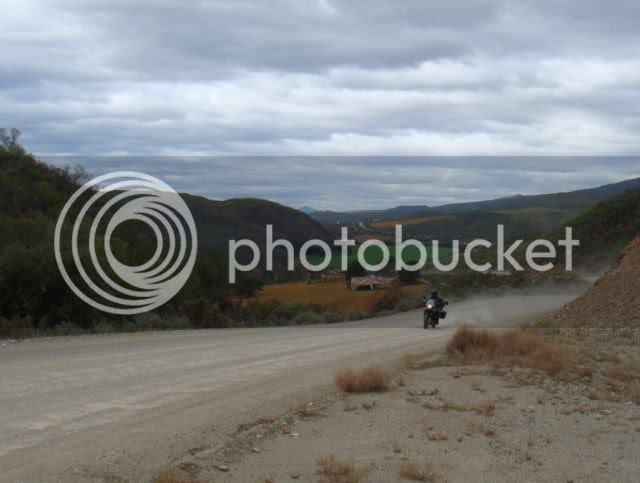 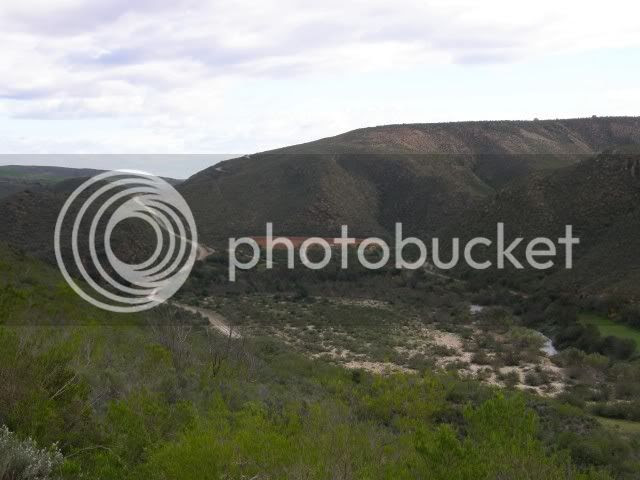 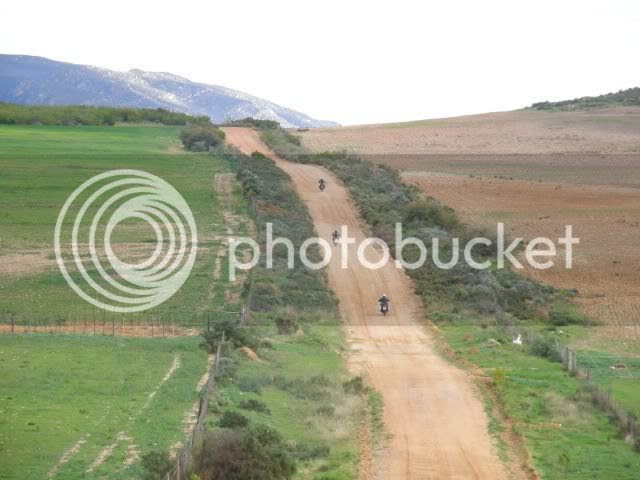 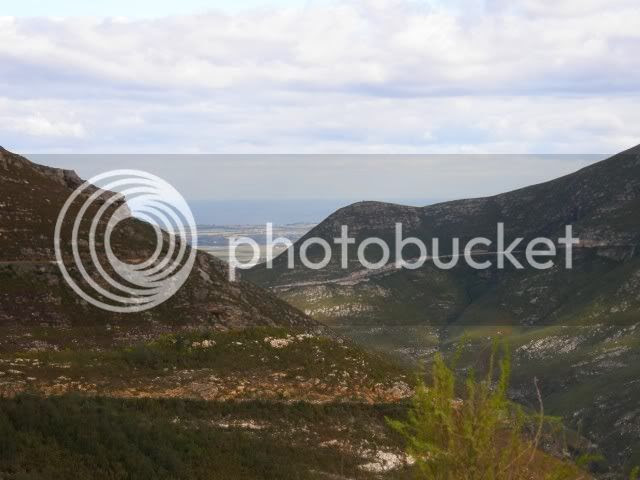 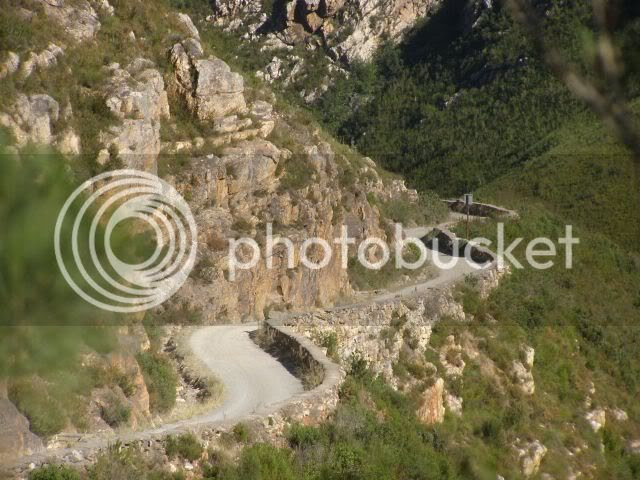 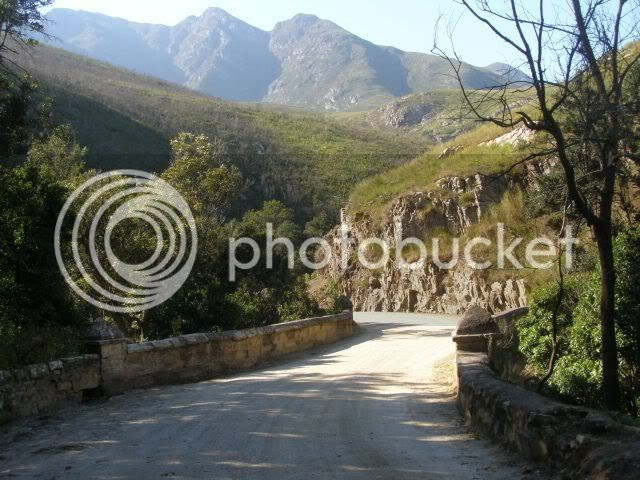 And for a grand finale, right at the bottom, Rovrat dropped it

He frantically tried to pick the bike back up before I could take a picture and succeeded.

Next time you wont be so lucky! 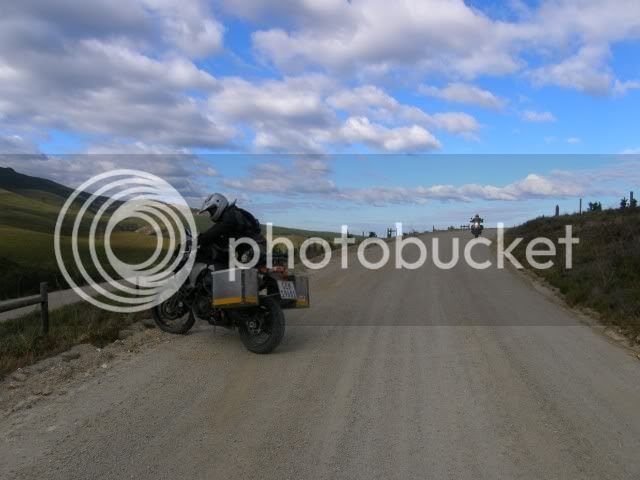 At home we lit the fire and had a good laugh reminiscing about the Bash. It was a good one. The mud and rain defined it like the cold did last year, but conditions can't keep a good Bash down.