After a very good night's sleep, we had a wonderful breakfast, including goat's milk butter, courtesy of the matron.

The road to Sutherland passed the Vis River, which later becomes the Sak River and then the Hartbees River, flowing in the Orange River at Alheit, close to Kakamas. I could not resist stopping and spend a few sentimental thoughts.

Apart from that, it was kind of boring, taking into account our splendid passage of the day before. We had something in mind, however, Ouberg Pass. For few us it was a first. We had a lot of things to do for the res of the day, each his own reality, but this we agreed on, we are not going to miss this. No magician can compile words to describe in words what we felt going down that pass.

So let's just open our eyes and take in. 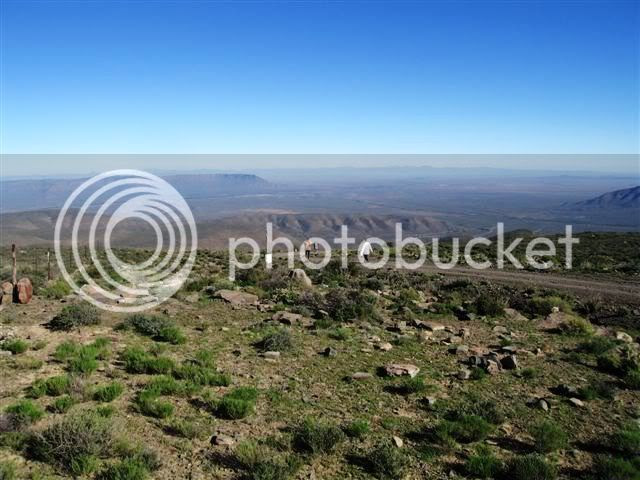 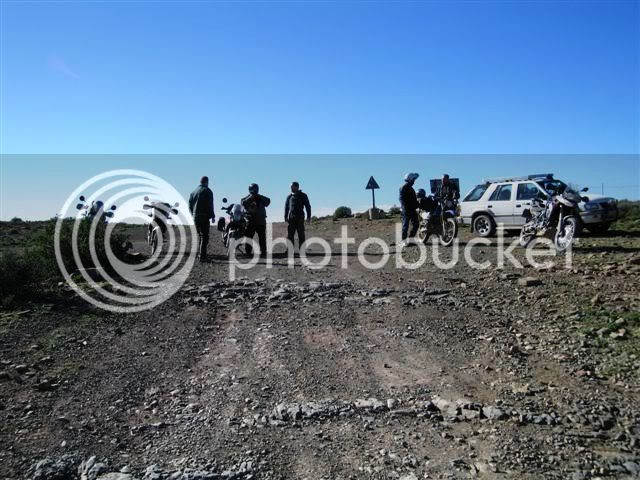 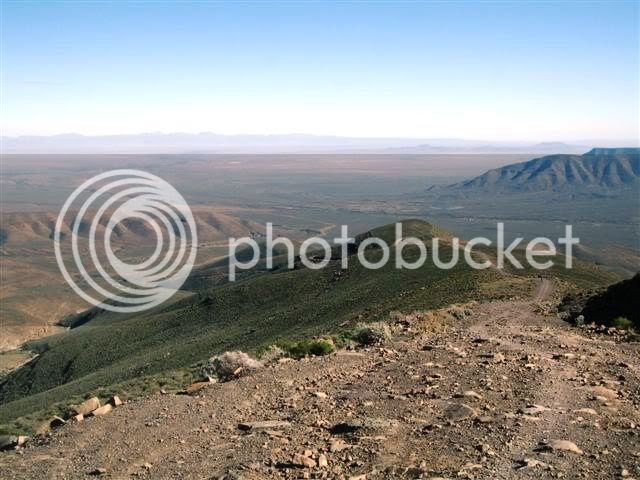 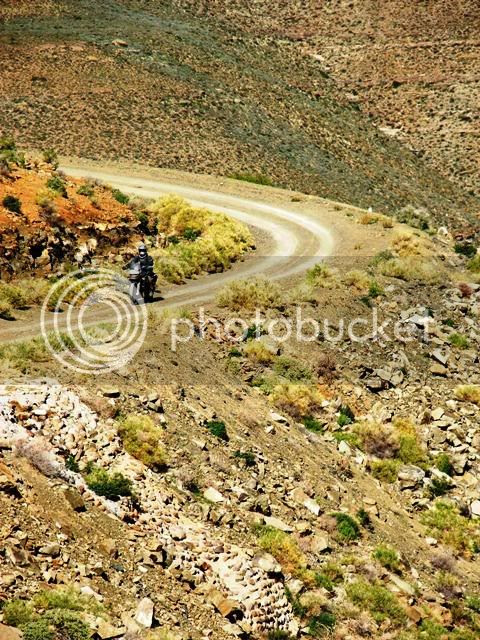 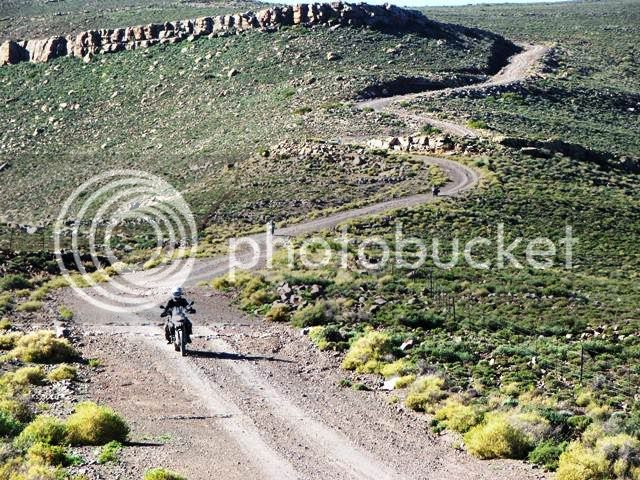 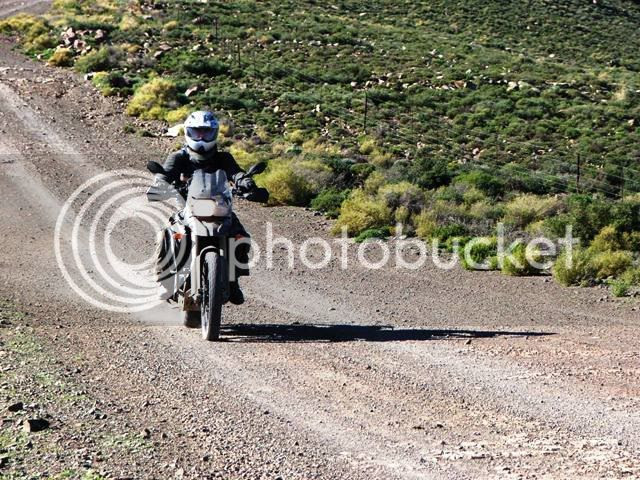 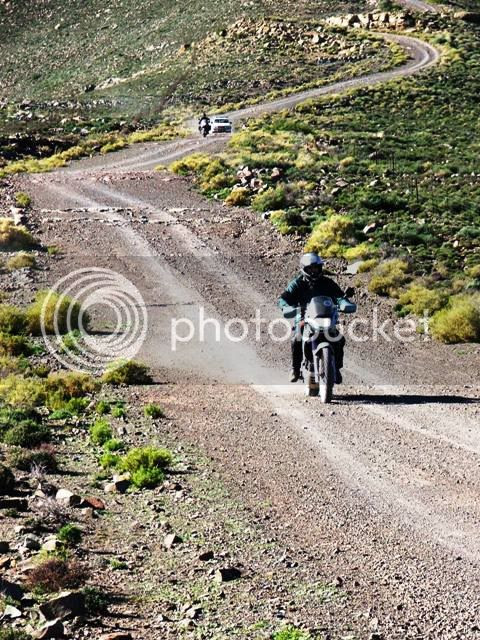 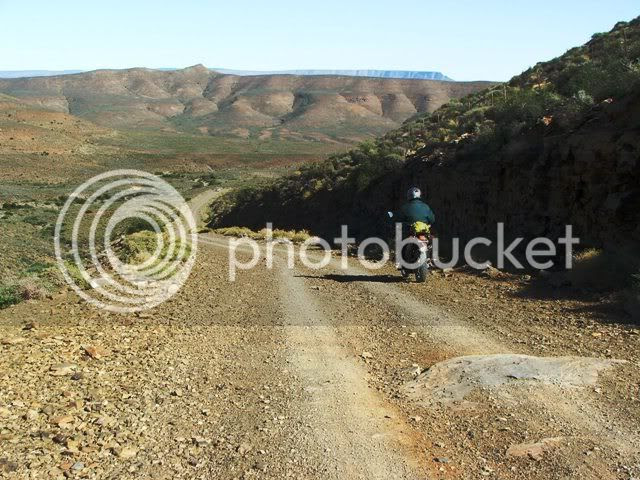 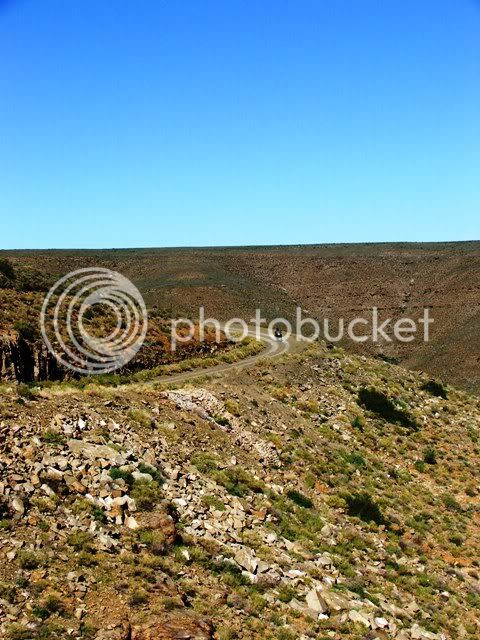 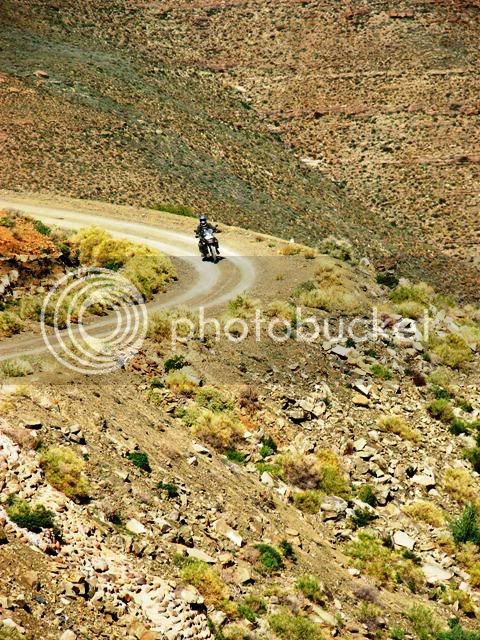 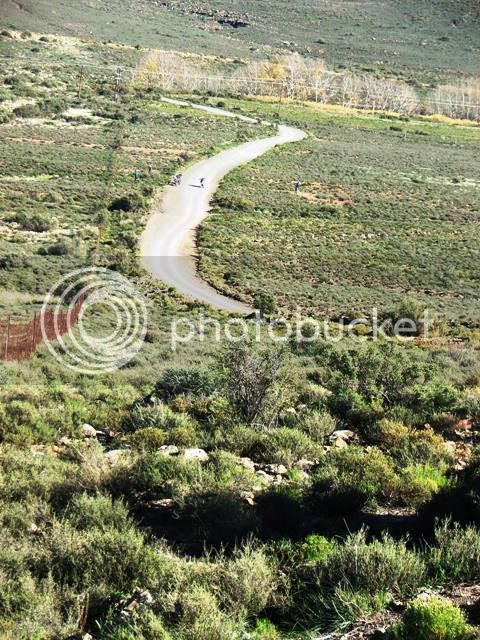 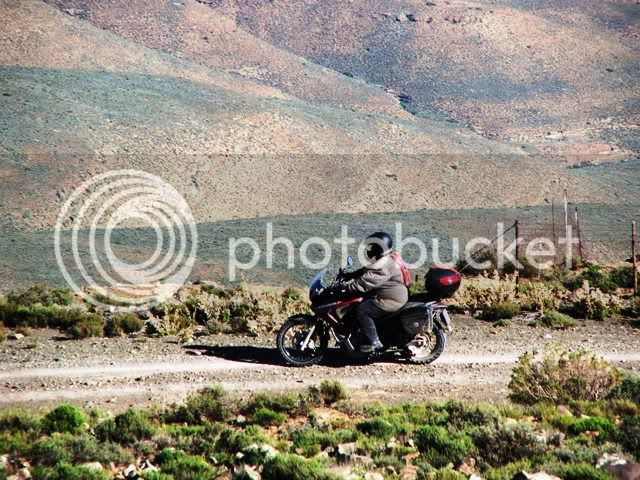 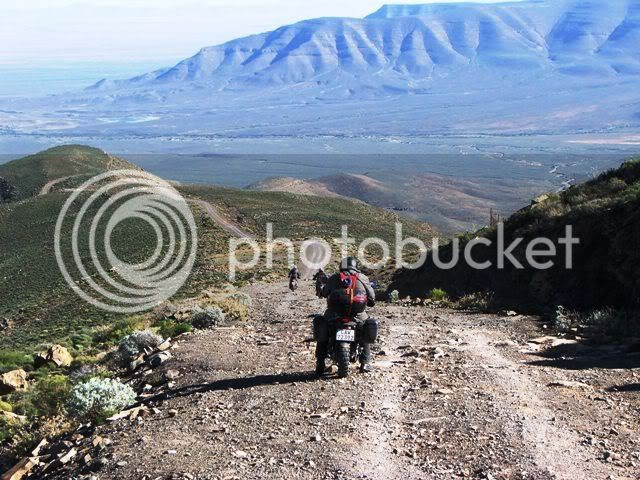 We had to say goodbye to TR and as if we lost our spirits, things started to go wrong. Rovrat started to show off his bike's speed and left us behind. He enjoyed the open so much that he could not resist. He gave that 800 free reign. Tok-tokkie and I were the unlikely puppies in hot pursuit. So much so that we lost our way, my wife and our group. Luckily Rooipoot "planned the ride and rode the plan" and I could unite with Merrycan at Op-die-berg.

We were supposed to go over Skittery and Katbakkies, but with Tok-tokkie and I going the wrong way, we missed that, till next time.

From Op-die-berg Merrycan and I drove as fast as we could, we still had a bag full of plans to pursue. I rode into Citrusdal on reserve, filled up and headed for Piekenierskloof. We stopped and reminisced our fateful day of a year our so ago, when we stopped at this very place and took the first step into our lives together. Even though time was short, we sat and watched the sun go down on a cloudy horison.

Thanks guys, it was really nice. This trip was loooong overdue. Next time we hope to get the other guys lined up too. Eisbein, Operator, Suzbox etc.