The Shadow, like the Fury we reviewed 2 weeks ago, forms part of Honda's "Custom category". But where the Fury can be described as a "chopper", the Shadow is a "Cruiser".

Cruiser motorcycles are a certain style of motorcycle. Most are modelled after classic American bikes and they typically have V-Twin air-cooled motors and are designed with a laid-back riding position. This makes cruisers a popular choice for casual riding. These bikes have a certain "Rebel without a cause" feel about them appealing to the bad boy in us all.

The Honda Shadow has a proud history dating back almost 2 decades. Honda introduced the first Shadow in 1983 in an attempt to address the needs of the American market. Several models followed morphing into the Honda Shadow we have today. 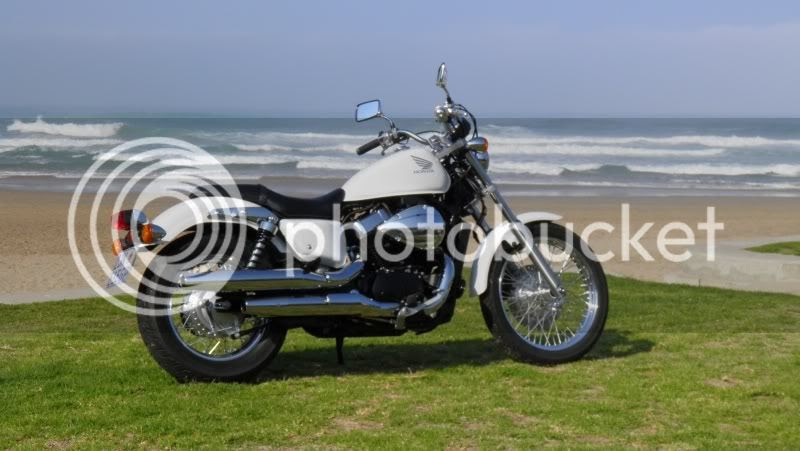 A chrome air cleaner and shotgun exhaust pipes are set off against blacked-out engine cases and cylinder barrels.

When Honda launched the Shadow in die Southern Cape recently surprisingly the emphasis was not on the "Cruiser" aspect at all. This bike is being marketed and sold as a commuter. That certainly is radically different to what I expected. In the "Cruiser" class of motorcycles the emphasis is very much on how the bike looks, how it makes you feel. You buy into the whole Cruiser image and as everybody knows, when it comes to look and image anything you buy is likely to be expensive.

So is the new Honda VT750 Shadow a Cruiser or a Commuter? It's both! Somehow Honda managed to merge these two seemingly opposing types of motorcycles into one package, so what you have is a stylish Cruiser at a very affordable price. 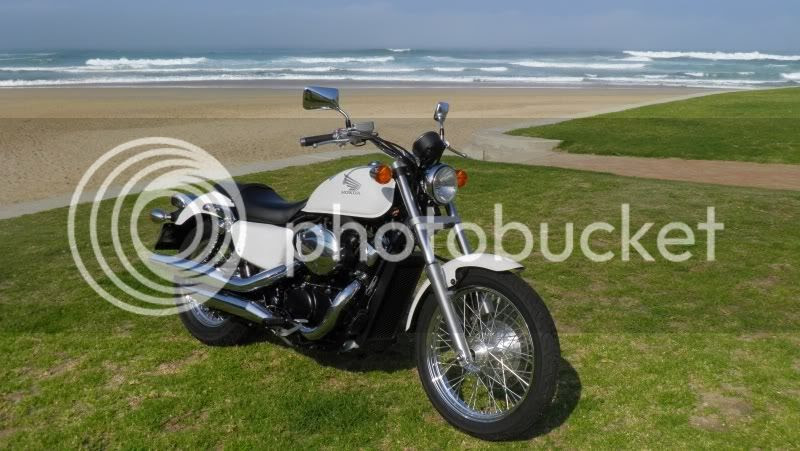 It's a good looking cruiser. Spoked wheels come as standard.

Like Honda did with the Fury, in the Shadow they stayed true to the "old school" cruiser look, while still cleverly incorporating the technology you'd expect to find on a modern 2010 motorcycle. As such the Shadow boasts a 745cc, fuel injected, liquid cooled V-twin engine with 3 valves per cylinder delivering 32kW and 62Nm of torque. 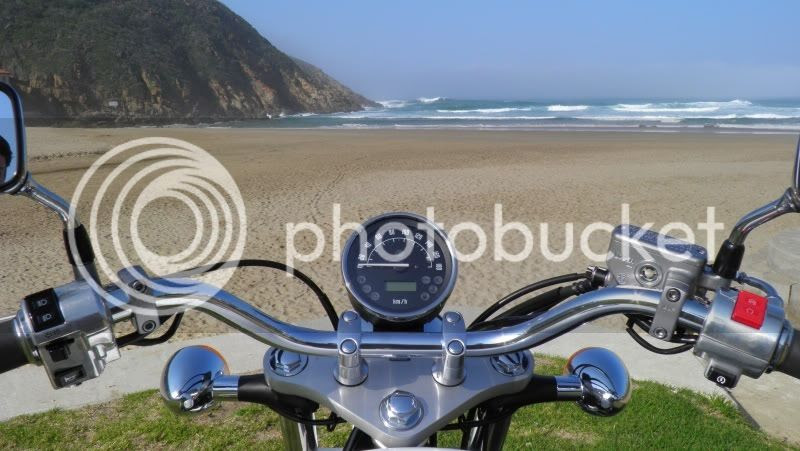 Rider Impressions: The first words that came to mind was "user friendly". You get on to the Shadow and you instantly feel at home. It has a familiar feel to it as everything is where it should be with no funny switches or buttons that needs figuring out. The fuel injected engine fires up easily and the clutch felt surprisingly light as I pulled off. Similarly the 5 speed gearbox is just as light, a huge plus if you are going to spend a lot of time in traffic. The footpegs are set much more rearward than almost any cruiser, which makes for a nice and controllable position for the rider as you sit upright with a clear view of the traffic. This bike will definitely serve well as a commuter.

It works as a cruiser as well. Apart from the seating position you most definitely know you are riding a cruiser. The sound, the look, the minimalistic instrumentation, the wind in your hair - all unmistakable cruiser characteristics. You cant help but look at yourself as you ride past large shop windows. I had to laugh when I caught myself doing it. I guess there's a little "poser" in all of us! 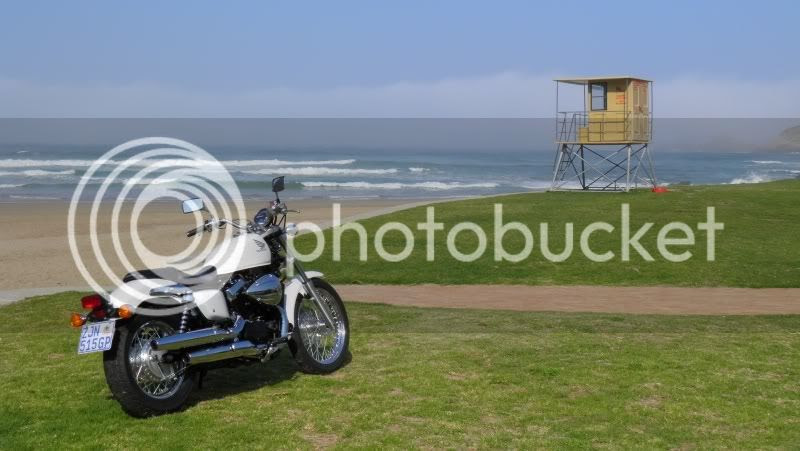 Conclusion: I liked this bike. It delivers what it promises and makes no excuses for what it's not. It's a "basic" bike, but at the same time it is so much more. The biggest surprise was the price. At R59 999 new it will certainly make the competition sit up. I can not help but draw comparisons with the Harly 883 Sportster as the bikes look so obviously similar. I can not make statements in favour of the one or the other as I have not ridden them back to back, but in price at least there is a HUGE difference with the Shadow coming in well below the similar looking Sportster. Whether you are looking for a commuter or a cruiser I believe this is a good buy at a very good price. If you are going to commute you might as well do it in style!


This article appeared in the Tuinroete Burger on 16 Sept 2010.