.
1 February 1901: A Boer commando of 40 men of Scheepers' men enter Klaarstroom followed by two more Commandos of 50 and 200 men (probably from Willowmore). They cut the telephone wires, destroyed the telegraph transmitter and raided the government store. That night they ate in the Hotel and even ordered whiskey and cigars, for which they paid.

2 February 1901: Two patrols of the Mounted Troops of Prins Albert approach Klaarstroom after they had captured three Boer scouts. They enter Klaarstroom, not realising that this peaceful hamlet had been occupied by a large number of Boers the previous day.

The village Klaarstroom is at the entrance to scenic Meiringspoort. It has remained virtually unchanged since the days of Queen Victoria. The hamlet was the home of South Africa’s last operator of a transport wagon and on Vrolikheid, a farm in the district, you can see a licenced witblitz still, which has been declared a National Monument.

Some of the buildings in Klaarstroom today: 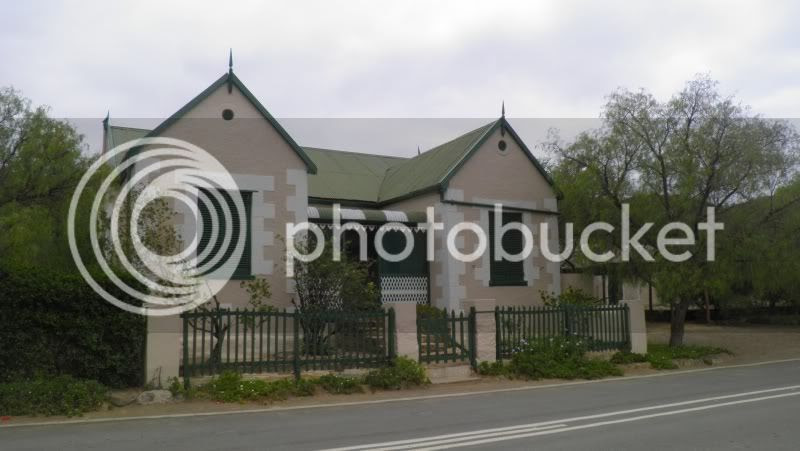 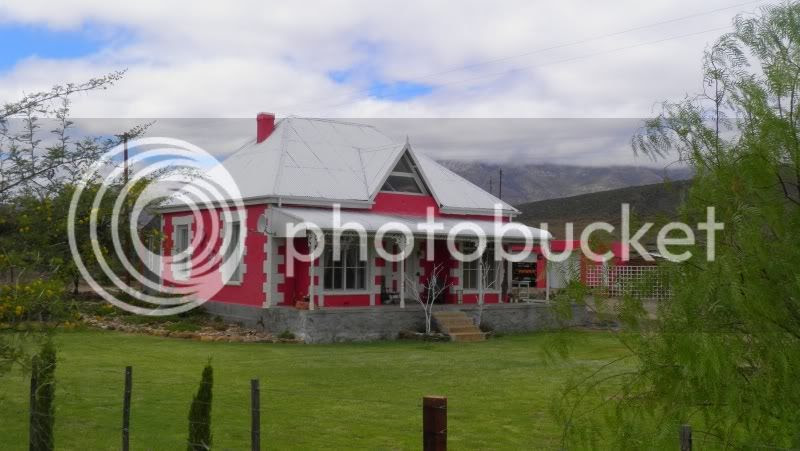 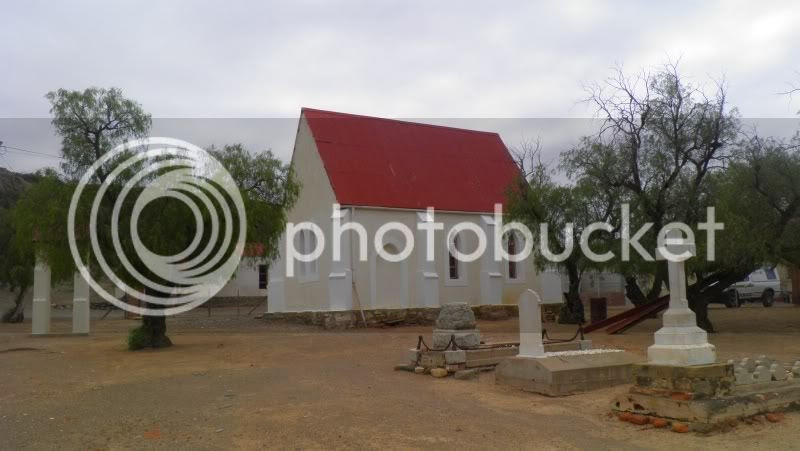 After unsuspectingly entering Klaarstroom the British left the town in quite a hurry with the Boers chasing after them. The Boers caught up with them near Remhoogte and a running battle ensued in ‘Die Gang’ a valley between Klaarstroom and Prince Albert.

"Die Gang" (the "Corridor") is difficult to photograph, but this photo of Prins Albert valley a little further along gives you a good idea of the terrain. 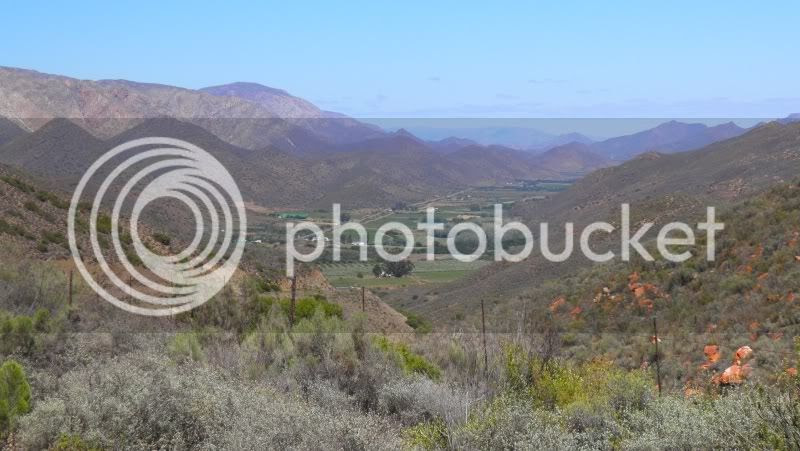 One British patrol would cover the other as they retreated to Prins Albert. They eventually reached Kredouw Pass where they had some Howitzer canons with a range of 3000 yards. These guns kept the Boers at bay.

Kredouw Pass runs over a narrow neck. This would give you an idea: 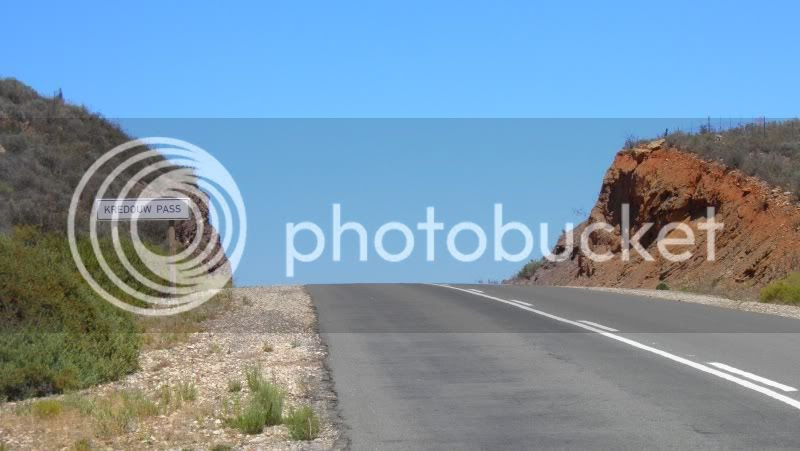 This is the old pass running down the Prins Albert side: 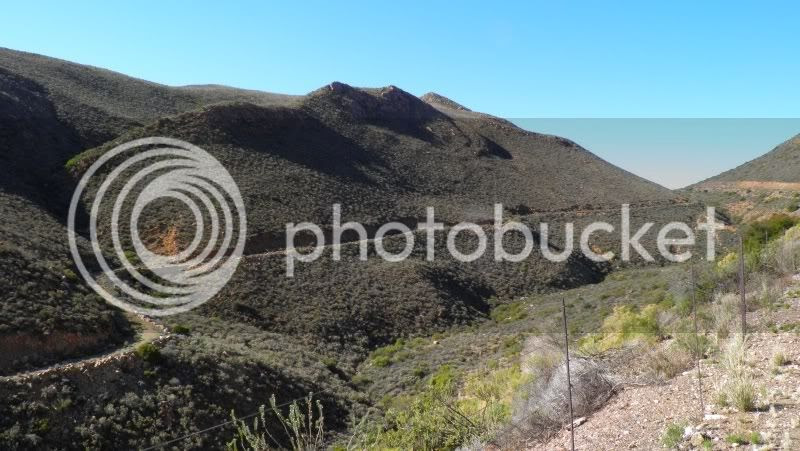 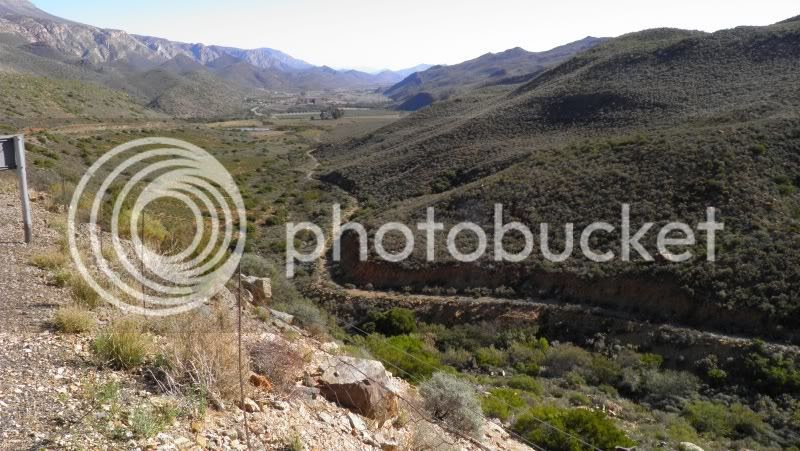 Strategically this was a superior position so the chase stopped and the British soldiers who managed to get over the pass got away. During the skirmish Lance Corporal J. Boyd, a tough Irishman who had lived in Australia, was critically wounded. He hid in Wolwekloof where Johannes Klue, one of the Boers, stumbled across him. Johannes Klue was shot in the chest at point blank range. He died shortly after on the farm Remhoogte and both Boyd and Klue were buried in Wolwekloof. Johannes Klue from Aberdeen was 22 years old. Another Englishman, Trooper SK Gishford of the 2nd Brabants, was also killed and eight British soldiers were taken prisoner by the Boers after their horses had been shot from under them.

The Mounted Troops who got away returned to Prins Albert with their three prisoners who were overwhelmed with gifts of shoes, clothes and food by the local inhabitants. On their way down the main street to the jail the British soldiers had to use the butts of their guns to keep some of the women away from the prisoners.

The Boer commando meanwhile made camp on the edge of a river on the farm Bloemendal. They stripped the eight English prisoners of their guns and ammunition and ascertained as much information as possible from them before they were released to walk back to Prins Albert. The guns' bolts were taken out and the barrels bent in the hollow of an old pear tree before they were thrown in the river.

Today the farm is called Scheepersrus (Scheepers' Rest). During 1970, while the river was in flood, one of the English guns bolts was washed out.

This is that farm today: 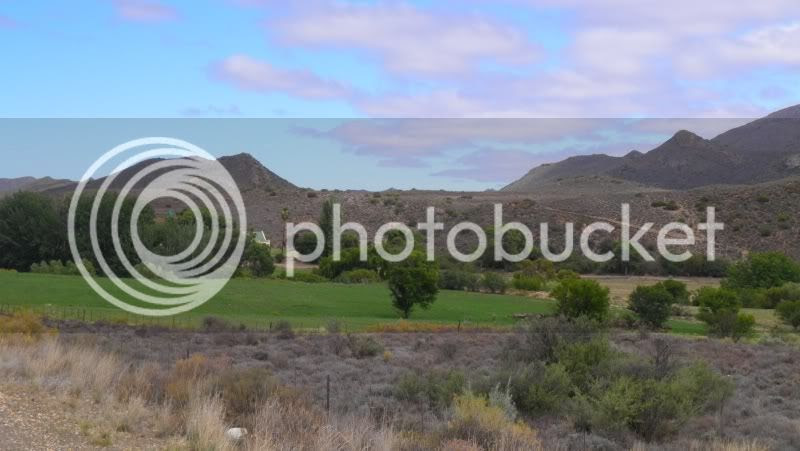 The body of Lance Corporal J. Boyd was later re-interred behind the Anglican Church (the church I photographed earlier) in Klaarstroom. 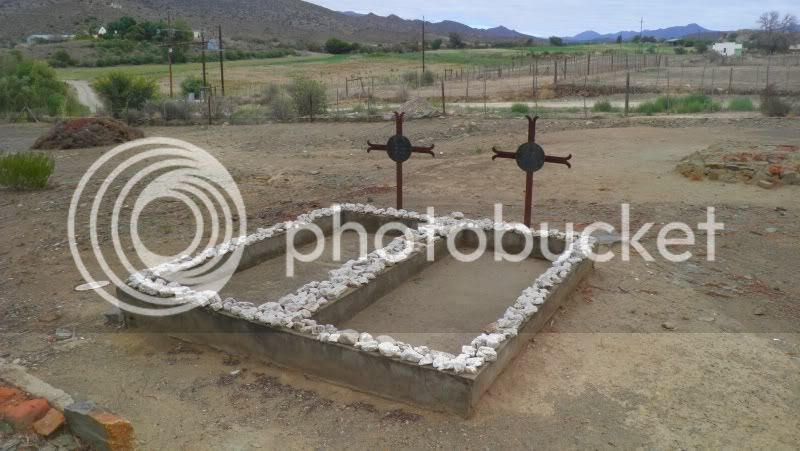 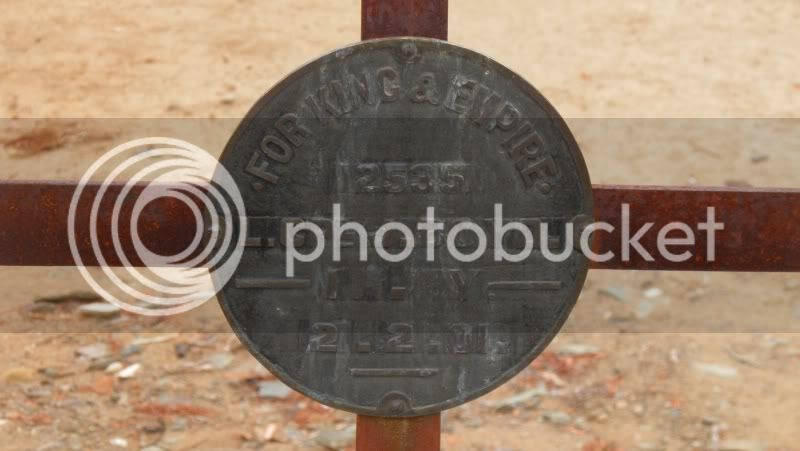 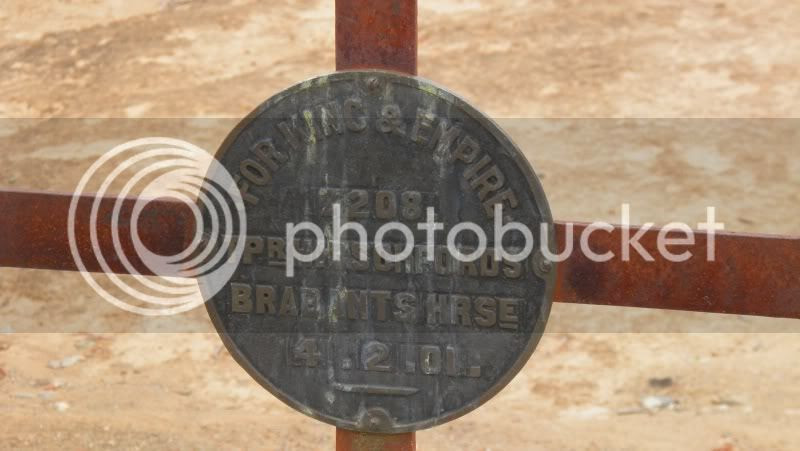 Johannes Klue's grave is still in Wolwekloof near the present homestead on the farm Remhoogte, which is today also known as Rosselerf: 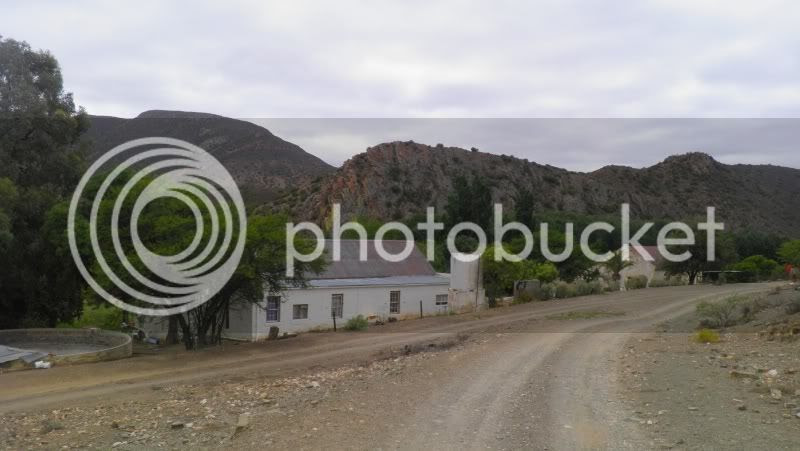 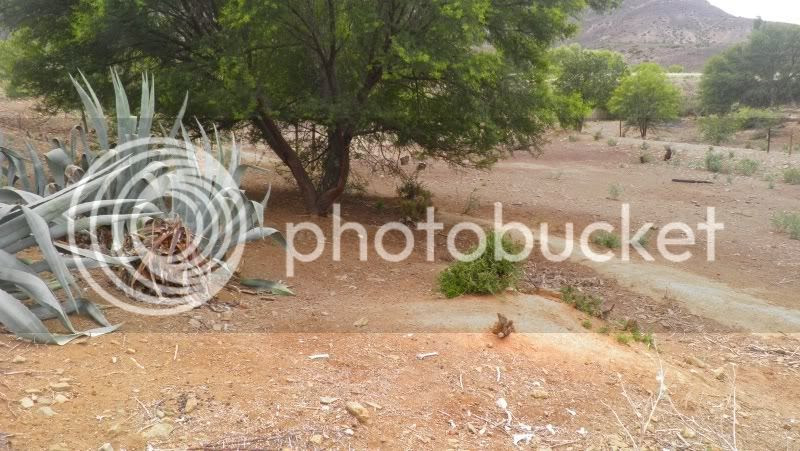 It's a primitive grave site by any standard, but apparently the historic society in Prince Albert wants to do something here.

From here Scheepers' commando returned to the Camdeboo. The Oudtshoorn Courant of 16 February reported that the post coach to Prins Albert Road was attacked and robbed.