The Boers in "The Hell"

.
Another interesting story form this time involves Gamkaskloof (The Hell):

A smaller band of Boer guerrillas raiding into the Little Karoo, found themselves hotly pursued by British soldiers. They determined to cross the Swartberg & to escape into the vast spaces of the Great Karoo where they hoped to rejoin the main body of their commando, led by General Smuts.

Since the passes through the mountains were all closely guarded by the British, the raiders decided to lead their horses directly over the range. Darkness came before the men had reached the summit, and clouds swept up & enveloped the heights by the time the men finally arrived at the top. Too cold to sleep & with everything too damp to enable them to light a fire, they sat shivering until dawn. They then started to grope their way down the northern face of the mountains which was shrouded in dense mist. It was not until nearly 16h00 that they descended out of the clouds. They expected to find themselves looking down on the Great Karoo, but instead, they were astounded to find beneath them a long, narrow canyon, hemmed in by precipices. On the floor of this ravine 305m below, they could see a few primitive looking mud huts scattered about amongst the aloes and the bush.

The Boers left their horses in a ravine and in a body went down to investigate, reaching the bottom just after sunset. As they approached the nearest hut a shaggy giant of a white man, heavily bearded and dressed in goatskins appeared and spoke to them in a strange, long drawn out outlandish type of Dutch. He introduced himself as Cordier, who lived in the house with his wife and a brood of half wild children. He knew all about the visitors, for one of his sons had been up in the mountains that morning. Hearing the sound of men and horses, he had stalked the party in the mist, observed their numbers and then slipped down to report to his father.

These Boers had happened on the isolated comunity living in Gamkaskloof. Gamkaskloof, also known as "the Hell", is a fascinating valley near Prince Albert, where a small, proud community lived in isolation for more than 100 years.

Cordier was the head of the community and he offered the visitors a rough but kindly hospitality, feeding them goat’s milk and wild honey. He had vaguely heard of the Anglo-Boer War, but none of the contestants, either British or Boer, had ever penetrated this valley of isolation in the Swartberg.

Cordier guided them out along secret paths across the rugged mountains, until at last they looked down on the northern plains, and so made their escape across the barrier of the Swartberg. This account of how the secret valley was discovered appears in the book COMMANDO, by Deneys Reitz.

A photo of "Die Hel" today: 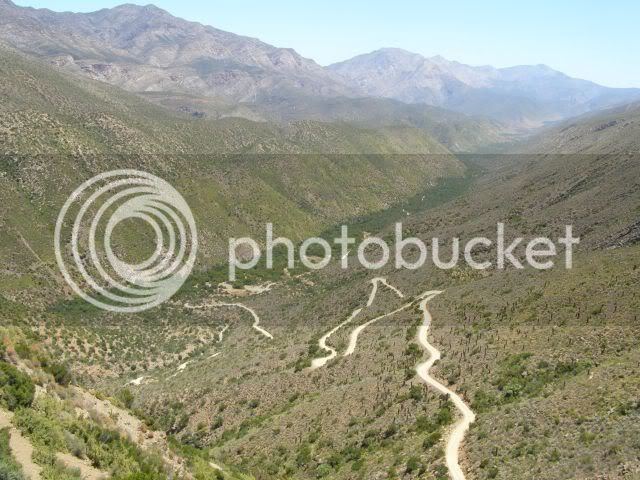