.
We were up early enough this morning, but the Karoo hospitality insisted that we braai for breakfast. It was quite a feast too, but it meant that we left late, very late, on a long day.

The pets still fascinated me. I would love to have one of these. 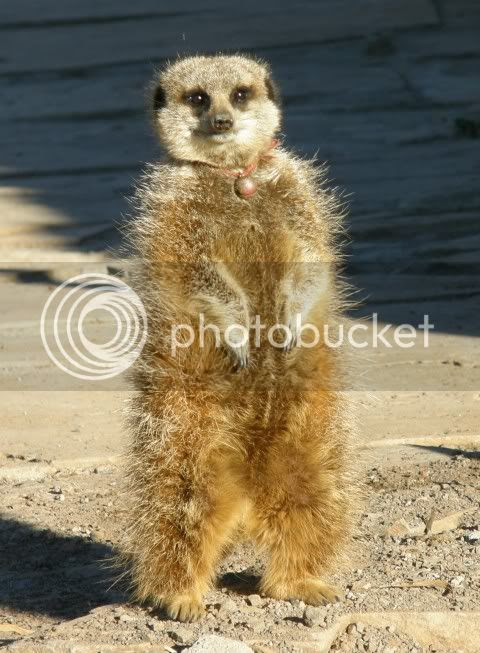 Once again there were bikes with starting issues. This is when operator came up with a brilliant chirp: "Be humble. Let us push you!"

It was Sunday and we had to say goodbye to BigEd and Ektoknbike. Nine bikes continued on the road over the farm – a tricky 2 spoor with rocks, water crossings and lots of sand.

Topbox on the XR was in 7th heaven playing around over the jumps and in the sand. I had to work a little harder to keep the heavy bike on 2 wheels. Still getting used to the big bike thing

Eisbein on the other hand was having a good time on his GS too.

Some video footage of the water crossings:

Bru on the Suzuki DL650 V-Strom

More dirt highways after the technical pieces. Great roads these! 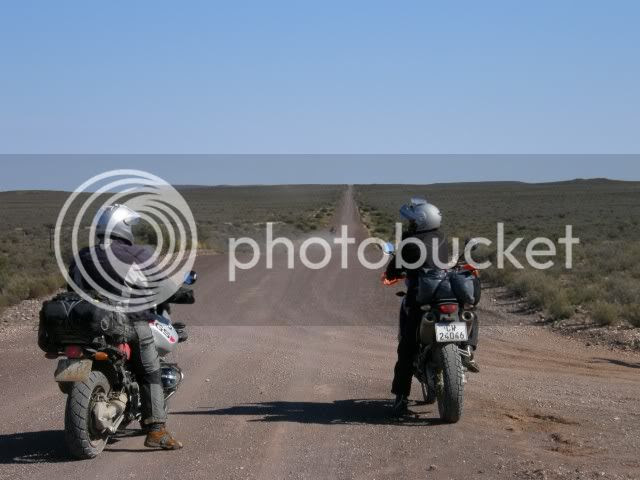 And then South to Merweville. En route we rode over the Teekloof Pass. Great scenery! 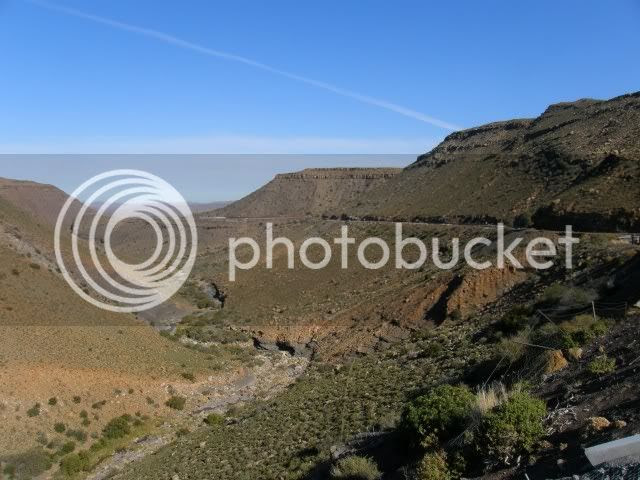 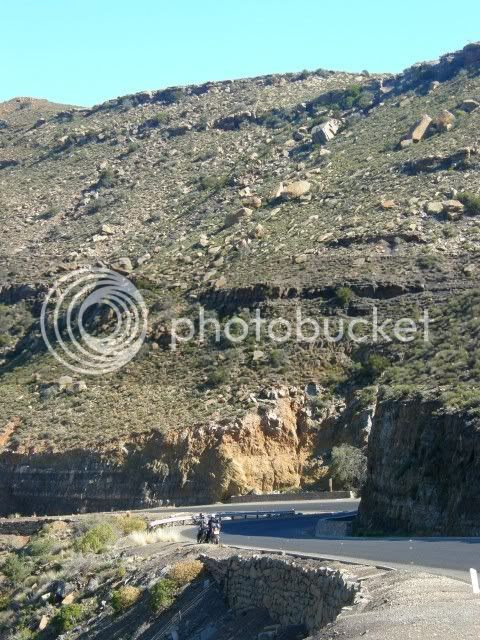 This is where I had my close call. I was walking around (helmet on) and taking photos. Suddenly Bru says: “Traillie – step back!” Because of the helmet I could not look down and without me knowing it I was standing right on the edge of a 300m sheer drop!

I was really rattled after this episode. 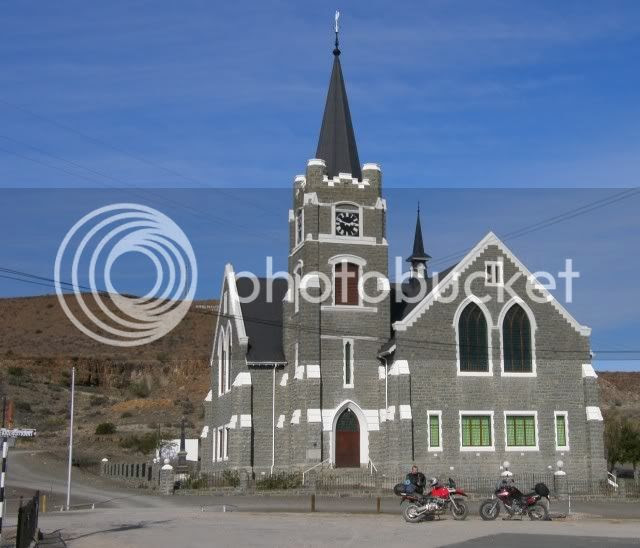 At Prins Alfred Road we realized we are running out of time. We’ll never make Seweweeks Poort via the planned route so we did some flying down the N1 to Laingburg.

By the time we reached our destination in Seweweeks Poort the sun was setting. 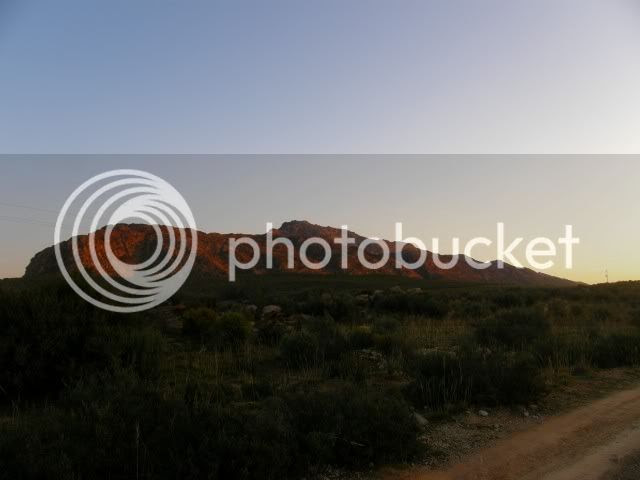 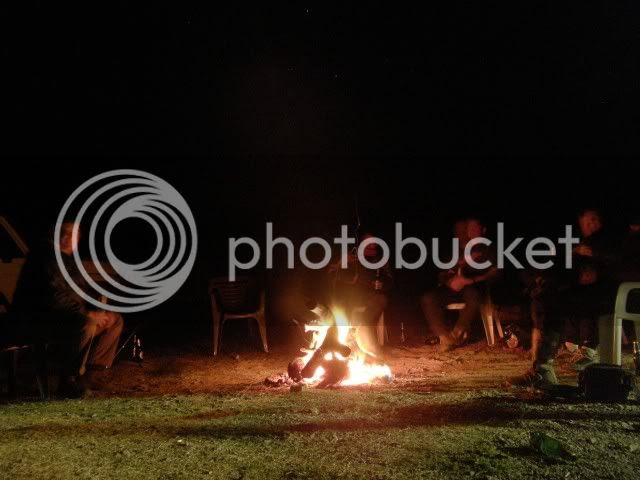 We were much more laid back tonight. Great braai, great food, great company.