.
Just a short report on a short ride. I wasn't going to post anything, but I rode past places I didn't stop at previously and typically I took so many photos that I decided a short post is in order.

Actually the weekend wasn't spent riding. The family spent the weekend in Oudtshoorn as Asterix competed in the provincial Karate trails and he did very well!

Gold medals in Kata, Unison Kata and Kumite, as well as the Floating Trophy for the Best Karateka in the South Western Districts in 2010, Men, aged 11 - 14 years. 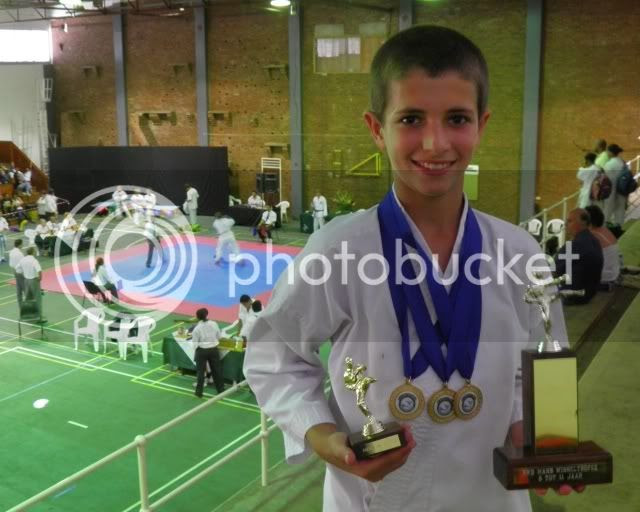 In order not to continually drive between towns we decided to camp closer to Oudtshoorn at Amber Lagoon, so our days started like this:

Showering while watching the sun rise over the Klein Karoo: 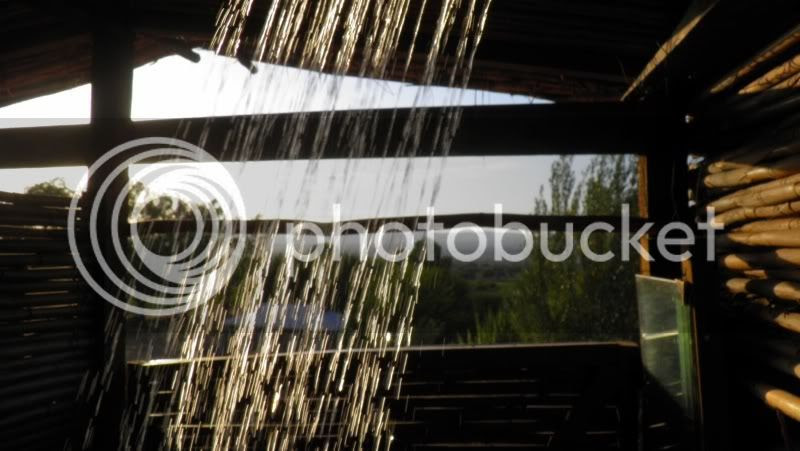 And after the tournament relaxing, escaping from the summer heat: 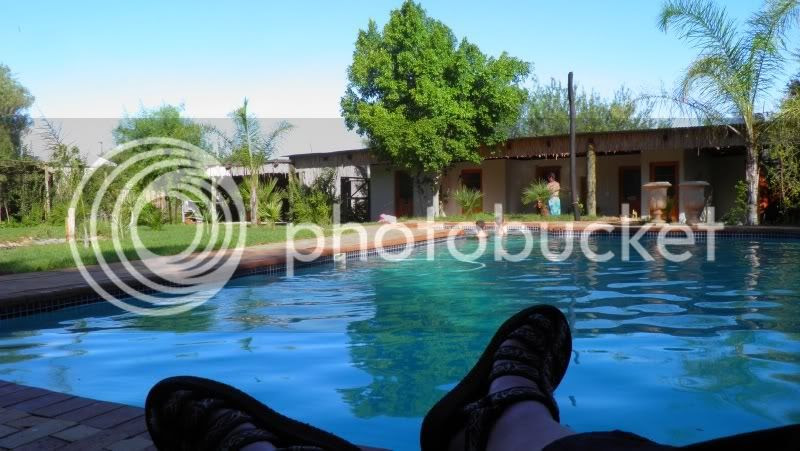 Campsite in the morning - check out the skull! 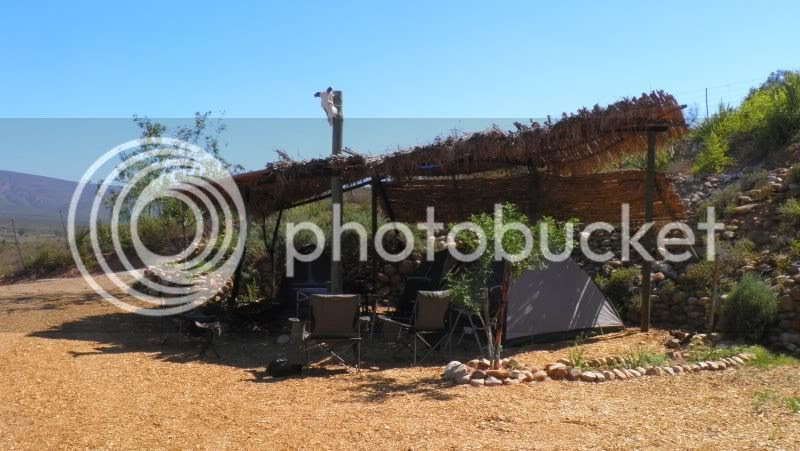 Campsite in the evening: 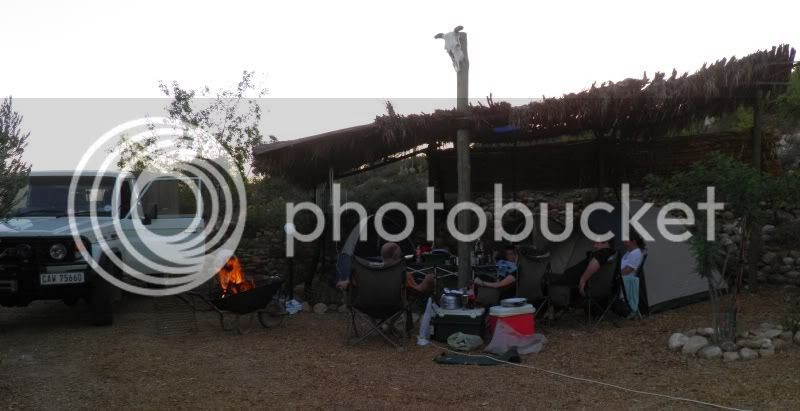 Of course I had my bike there so Sunday after we packed everything I took a different route home. There are some small hamlets around here with beautiful churches, but in groups we usually rush past to some other far flung destination, so today I wanted to stop at each of these and have a look. 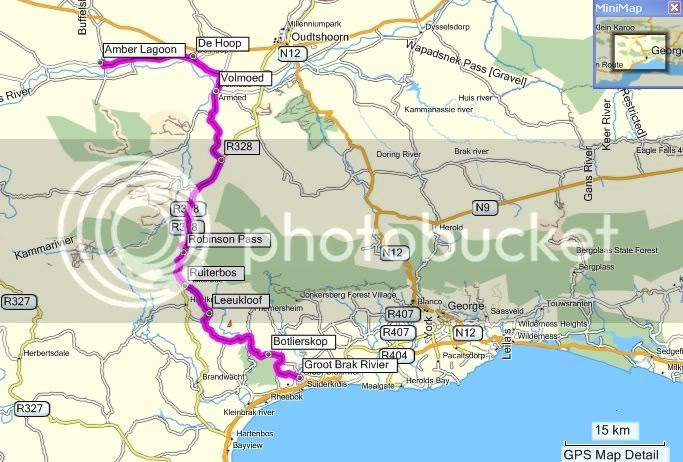 I took the cemented road running parallel with Route 62 to De Hoop which, directly translated, would mean "The Hope" (I guess 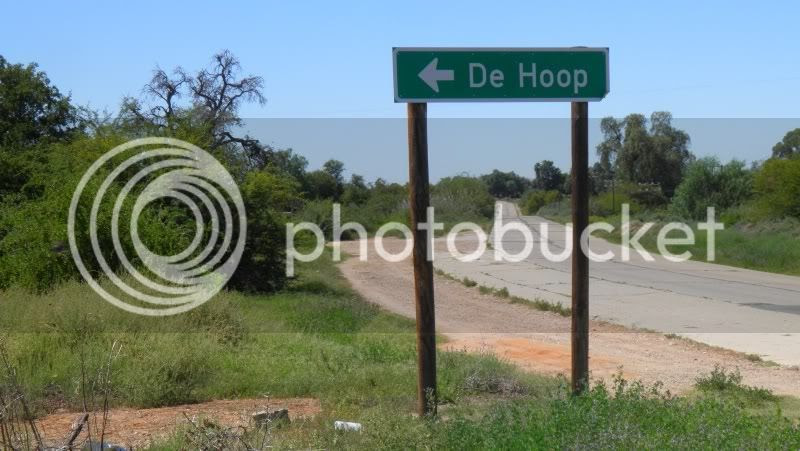 The parsonage and Dutch Reformed church of De Hoop were completed in 1909 by imported Scottish stone masons (Hmm, I wonder if Dan Brown knows about this?). The Parsonage is a dignified building with 5m high ceilings and 500mm thick walls – cleverly protecting humans from the searing Karoo heat. Twelve Pastors served this rural Parish since 1909.

The area of De Hoop gradually de-populated and the Parsonage and the Church became obsolete. It was bought by a couple that turned it into a B&B called "Die Ou Pastorie". The exquisite Church is in mint condition and worth a visit. 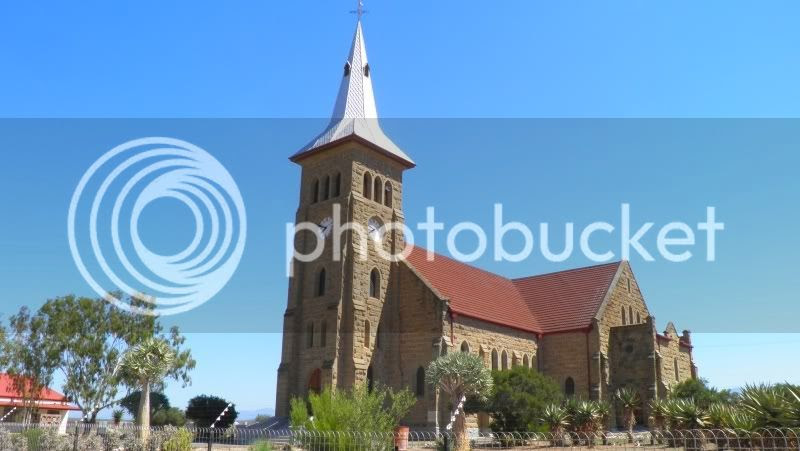 From De Hoop I headed in the direction of Volmoed and photographed this beautiful farm on the way:

In Volmoed too I have spotted a church several times before, but never had the chance to stop.

Volmoed is a scattered farming settlement, not quite a village, although it has a post office & a shop. It used to be called Armoed (Poverty or, literally, Lack of Courage) but was renamed Volmoed (Full of Courage), some time before 1950. 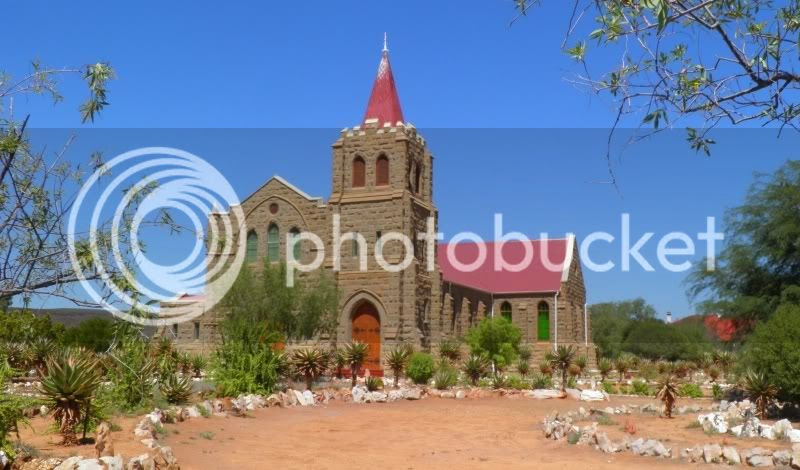 Not much goes on in Volmoed today. It's a pity that these grand buildings are becoming obsolete in rural areas around the country.

I ride South from here to cross from the Klein Karoo to the coast via the Robinson Pass. The view over the Outeniqua mountains on the Northern side: 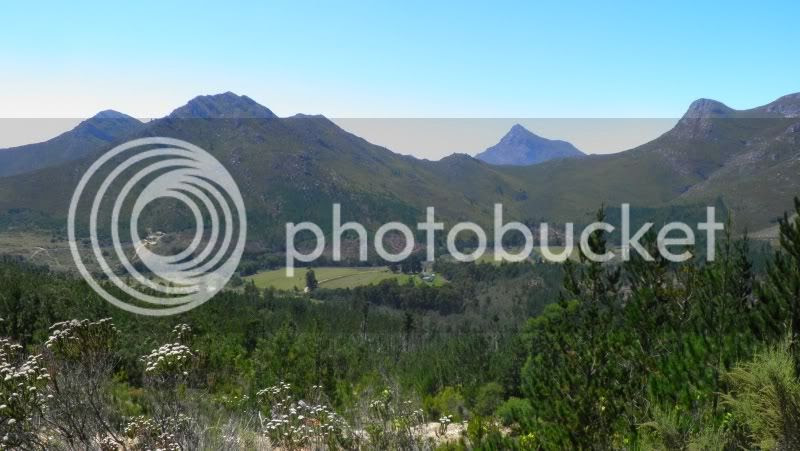 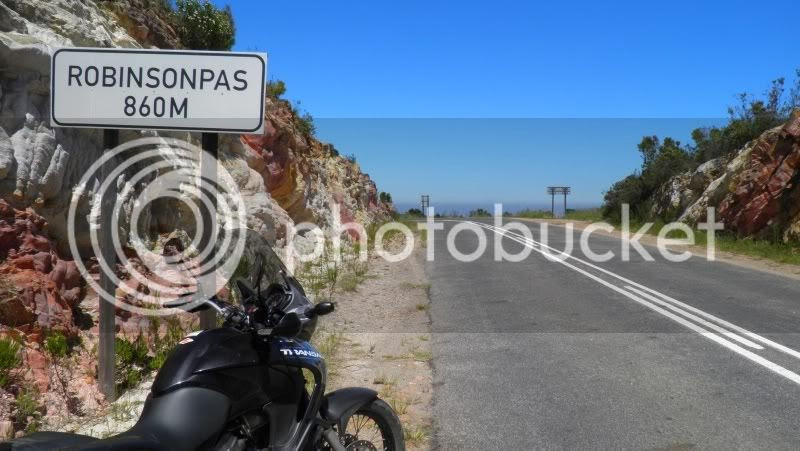 Robinson pass was constructed between 1867 and 1869 as an alternative to the old Attaquas pass (which I intend to visit again soon). It was named after the then commissioner of roads, M.R. Robinson.  Previously there was a bridal path over the Outeniqua Mountains here named the Ruiterbosch Pad. The new road was built by Thomas Bain and officially opened on the 4th June 1869.

The pass was realigned and tarred in the 1950’s but signs of the original pass constructed by Thomas Bain can still be seen next to the tar road on both sides of the pass. 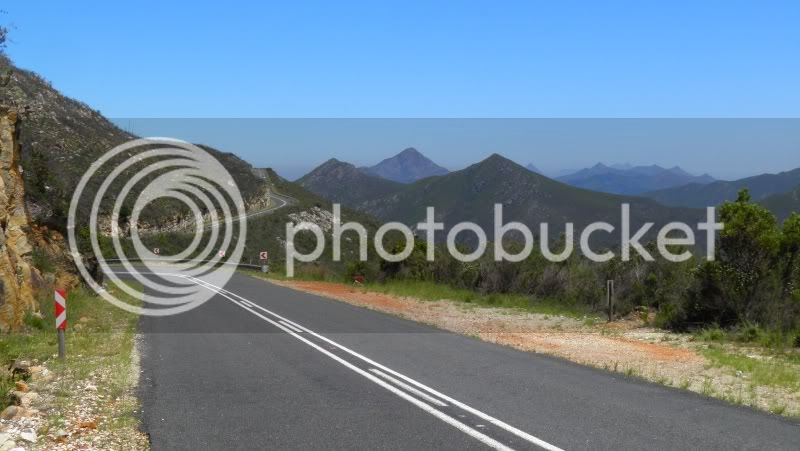 Running down the South side of the pass is a special treat - especially on a bike. There's a great view ahead and some nice twisties on the way down: 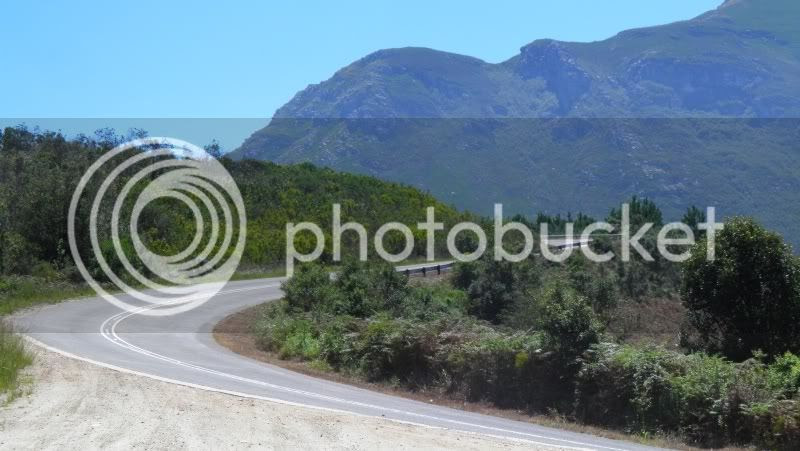 One man's pleasure can be another man's horror though. This sharp S-bend has been the site of a horrific bus accident in 1988. A bus carrying a police sports team to the Dias festival crashed over the edge here.

Thirteen constables, all in their twenties, died in the accident.

There is a memorial commemorating the event: 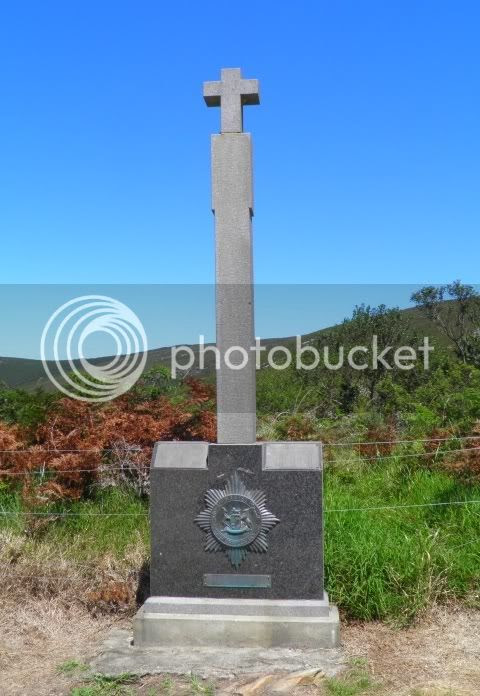 Ten years later - on 29 November 1998 - three tourists from the Netherlands were also killed in a bus accident here.

The survivors of that crash also erected a memorial in honour of those who died. 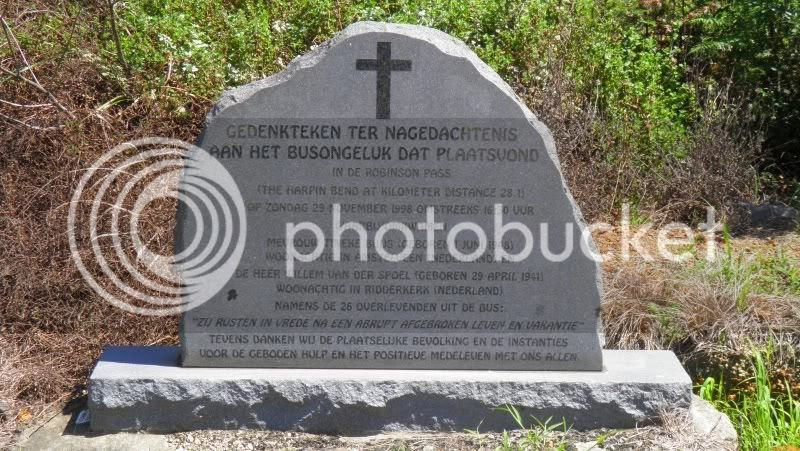 At the bottom of the pass there's a colourfull welcome to the settlement Ruiterbos.

A view of the town as I approached from the pass: 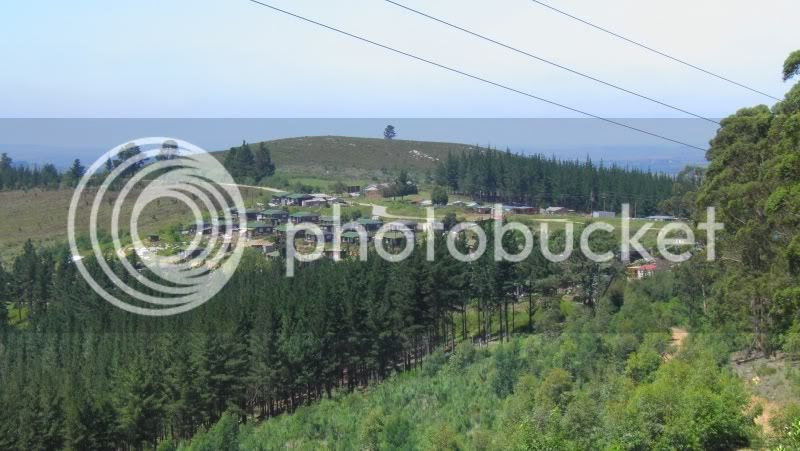 I guess most of the people living here are involved in the forestry industry. There certainly are some exquisite roads around here! 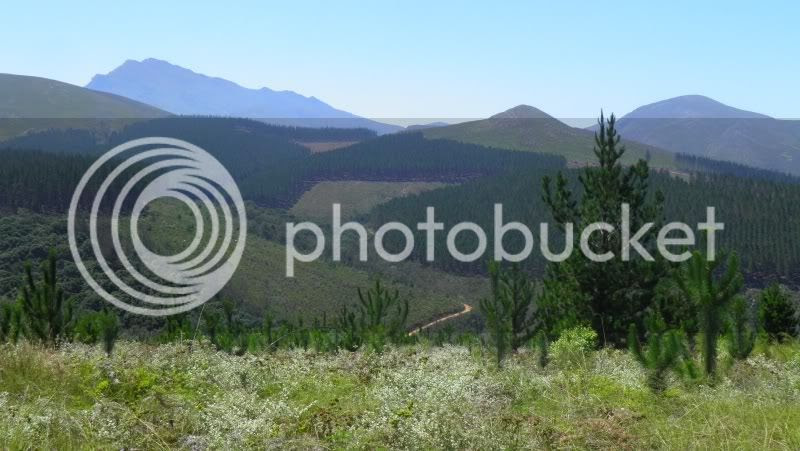 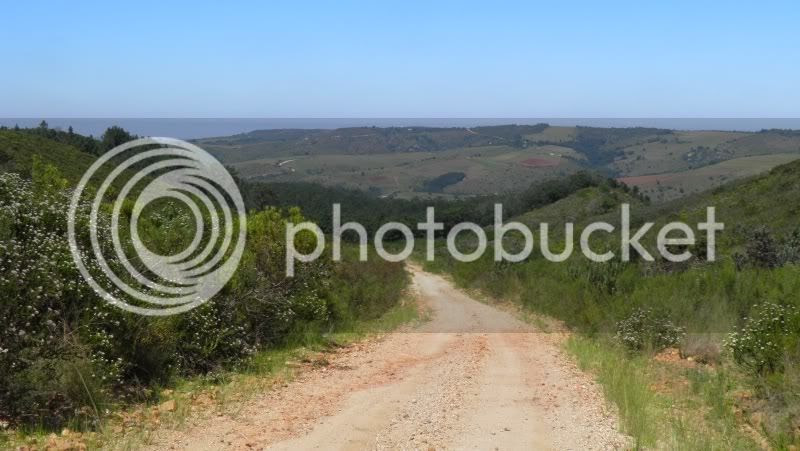 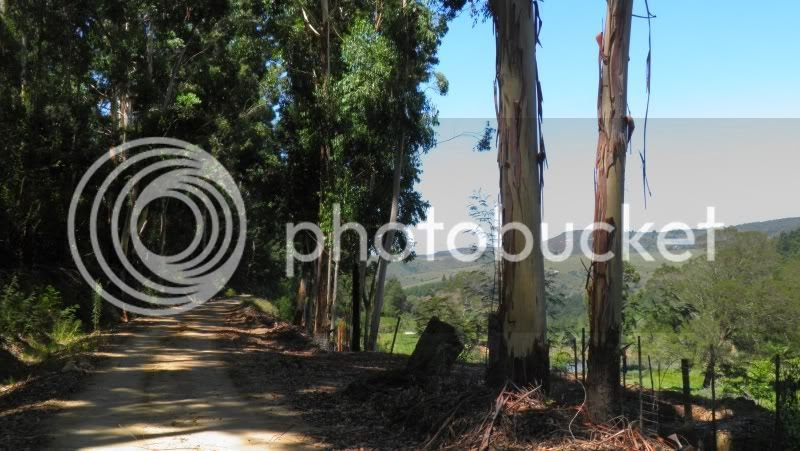 And some familiar roads on the way home: 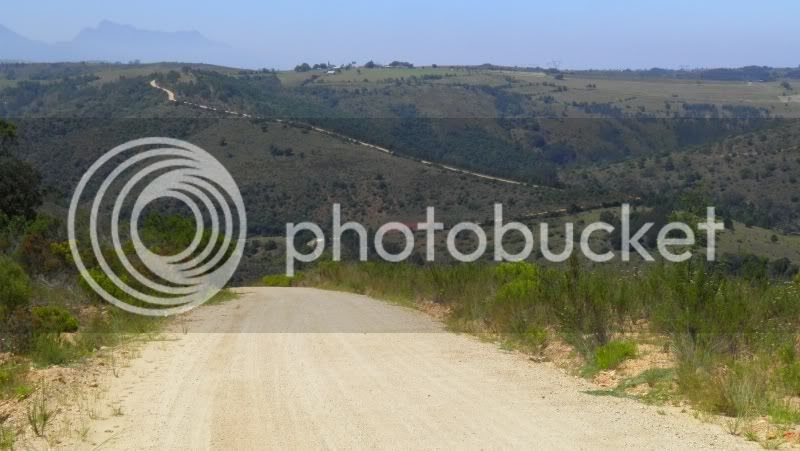 Finally I ride through the Botlierskop Private Game Reserve.

Photos of the wildlife in this reserve have featured in my Ride Reports regularly, starting with the very first ride Asterix & I did. We were always on the lookout for the Rhino especially and have photographed it several times. Today was a sad empty ride through here though as the Botlierskop Rhino recently fell victim to poachers.

Read the shocking story here. Suffice it to say that if I get a hold of those poachers I will cut out their hearts with a spoon.

A photo taken on a previous ride - such a magnificent animal: 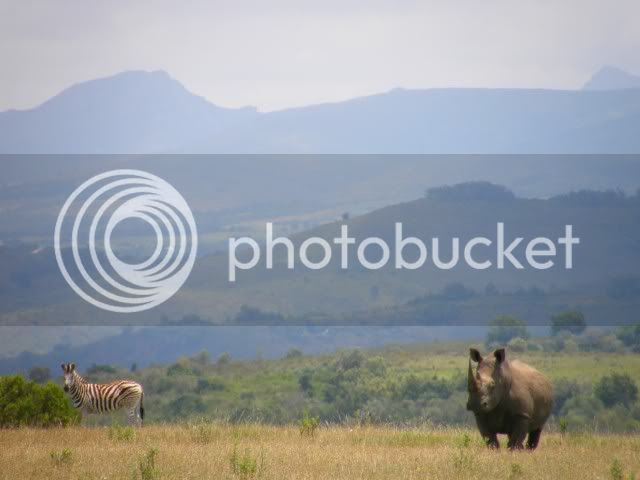 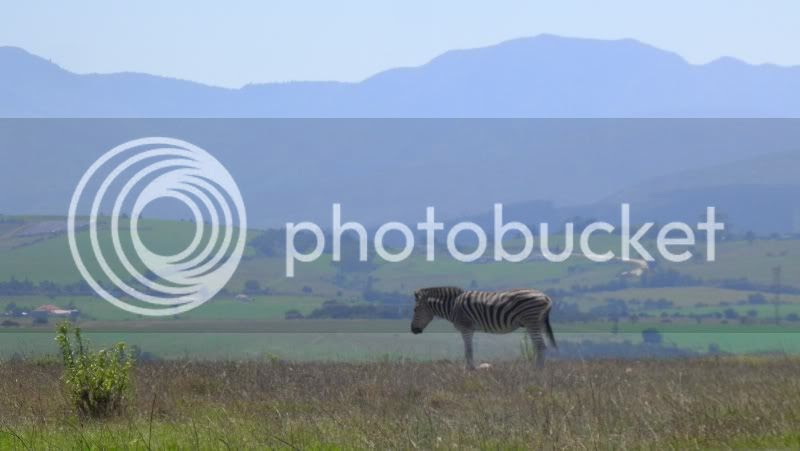 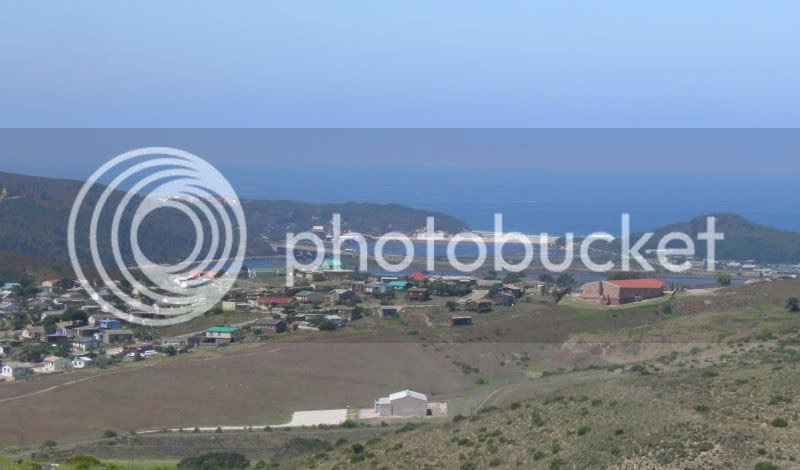 Just a quick report on a short ride. I hope to do a proper ride again soon.