Another holiday, another family day. Today we decided to go for a hike in the forest looking for the TF2 Ben Blain geocache. As stated previously one of the reasons I started this hobby is to walk more and his cache is described as a nice level walk. That should be a nice change to all the climbing I've done recently.

On today's trip it would be me and the Mrs, Asterix and Kermit and Cassie who really got bit by the Geocaching bug on our previous hunt.

He even got the Geocaching app on his smartphone and was just dying to try it out.

Our walk starts at the Wilderness Section of the Garden Route National Park. 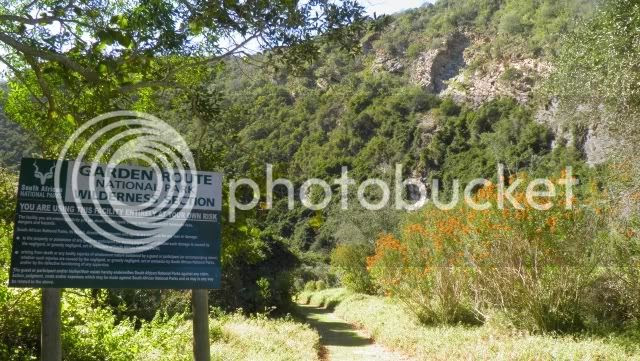 What a magnificent area! This is just another example of a place I would not have seen had it not been for Geocaching. It's like I'm discovering the Southern Cape all over again. 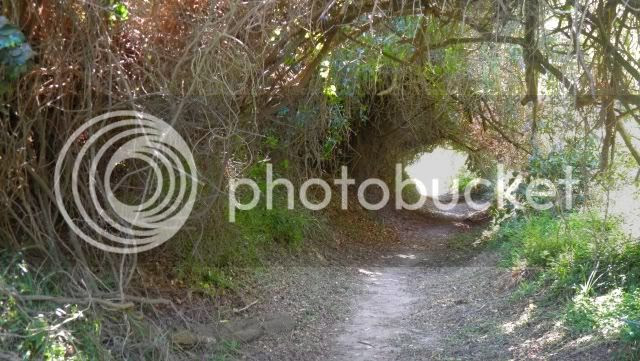 The route is well maintained with picnic spots all along the trail. 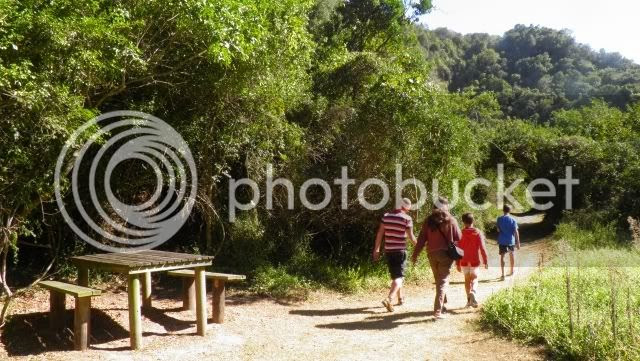 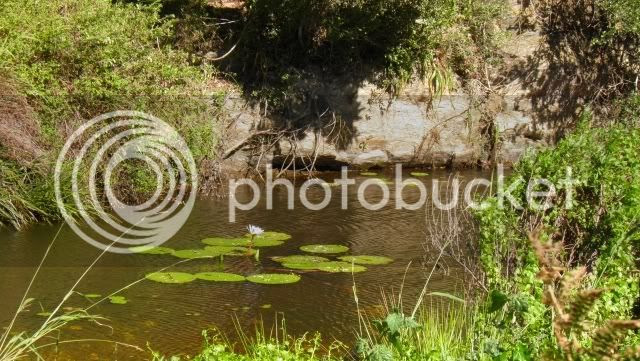 For some unknown reason I left my GPS in the car because Cassie had his GPS / Phone / Googlemap thingamajig. People who know Cassie will know that this might not have been the best idea.

All of a sudden he didn't have signal, his battery was going flat and he's never read a compass in his life. This was bound to be an adventure of note!

In the cache hints it says "At the “blue feet” route indicator. It is placed inside a tree 6 meters to the right off the path in a tree no 634 Forest Elder."

Luckily we didn't need the smartphone to find the Blue Feet: 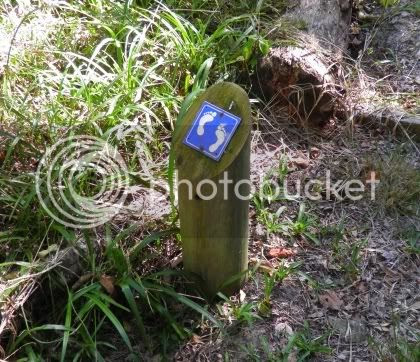 There was no Forest Elder though but we searched anyway. All of a sudden Kermit shrieked and jumped in the air!

This is what he saw: The poor snake probably had a bigger fright than him.

This is an Egg eater, quite a cool snake actually and totally harmless. This specimen was only about 40cm long.

According to Cassie we still had some way to go, so off we went. Some more scenery: 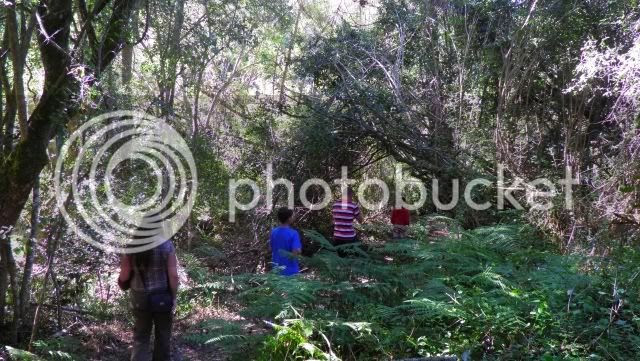 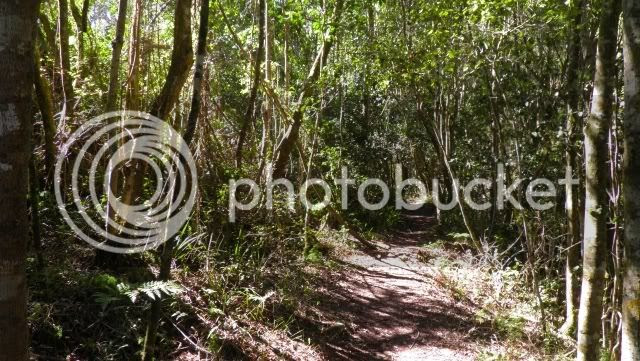 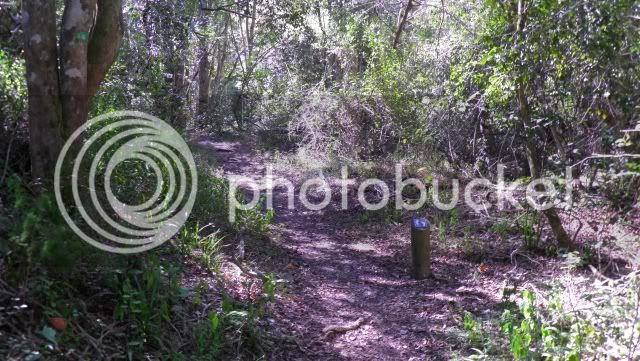 And the Forest Elder: 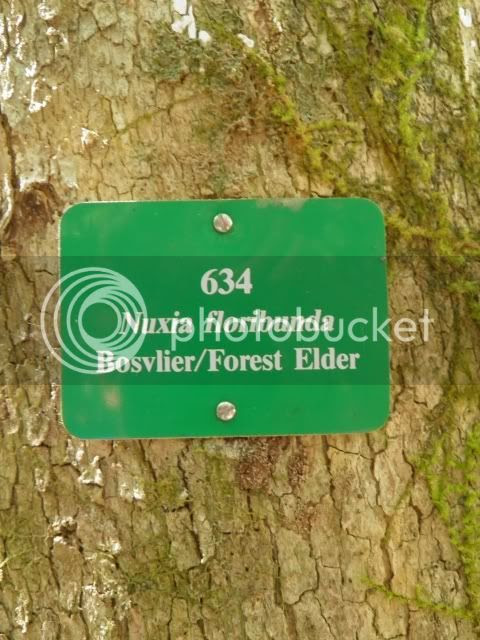 And soon after, the cache! 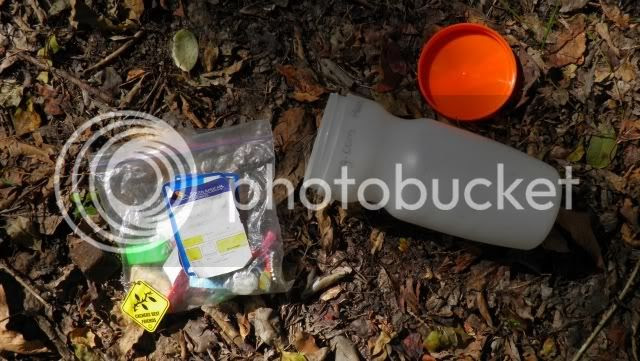 Ben your air ticket is still in here safe and sound. 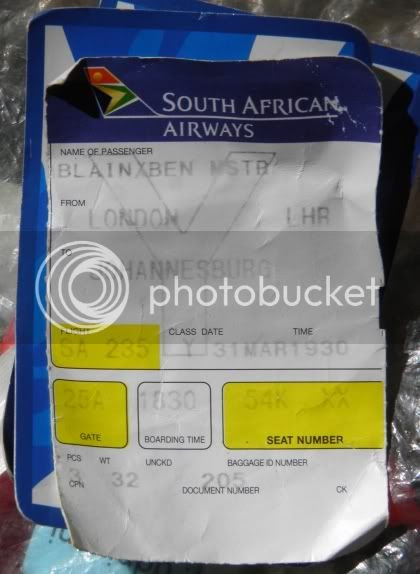 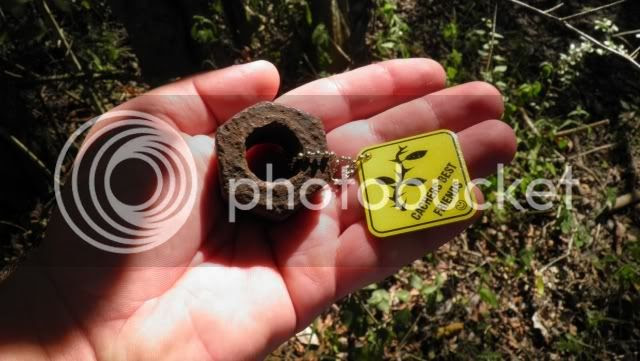 This “Oschi” (Oschi is a big thing) was found on a caching trip on a disused and dismantled railway line in Hessen/Germany (Aar-Salzböde-Bahn). The purpose of a railway line is to travel but this nut was bound in one place for 120 years. Now it has a chance to see the world! It was released on Thursday, 28 October 2010 in Bayern, Germany.

It arrived in South Africa last month and I retrieved it from this, only it's 10th, cache. See a map of it's travels here.

Some more pics on the way back: 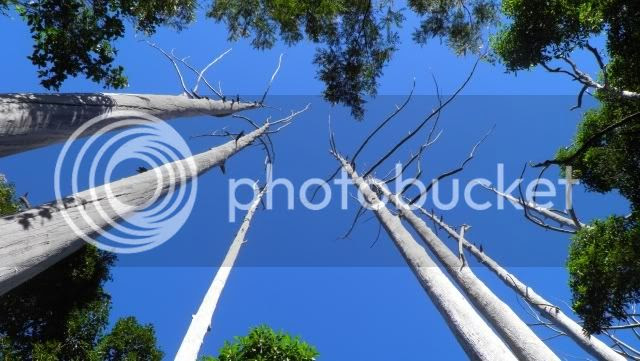 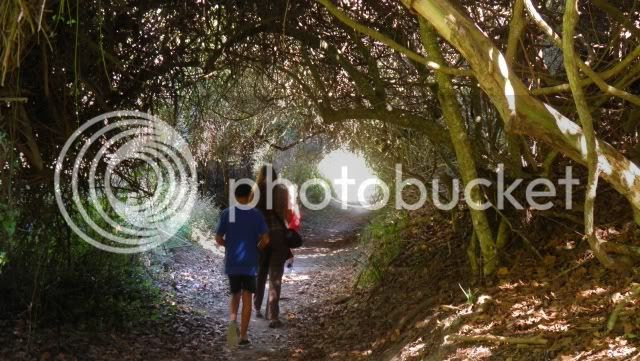 What a brilliant cache. Definitely one of our favourites so far.

As it turns out there's another cache close by, less than 3km from where we parked our car, so off we went! This cache is named Duiwerivier after a railway siding and this is where the Die Mutter der Eisenbahn Travel Bug was before it travelled to the Ben Blain cache.

We had to stop a little way from the cache. You see, this is why I prefer my Honda TransAlp. It keeps going where BMW's have to stop. Tie-hie-hie! 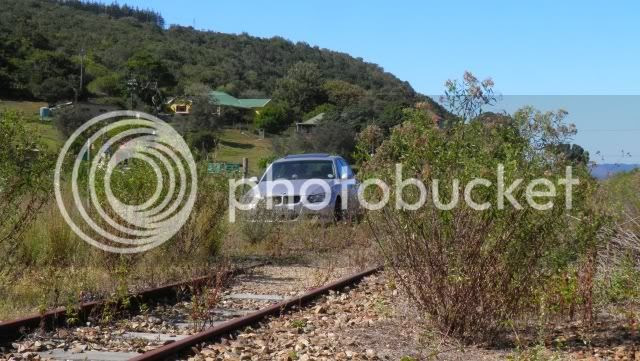 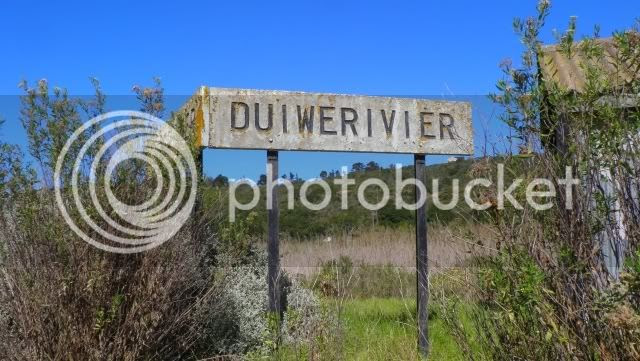 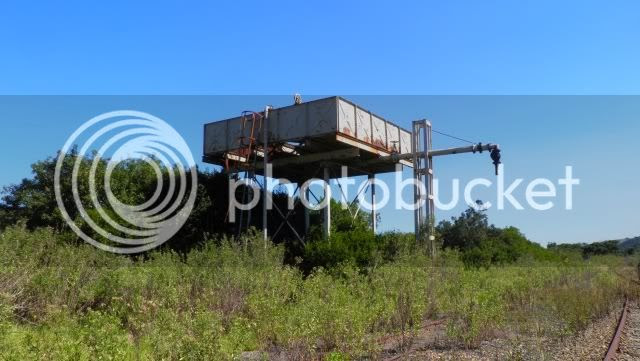 The famous Outeniqua Choo-Tjoe use to run on this line, but sadly the railway line was badly damaged in a flood in 2006 and the train has not run on this route since.

The Choo-Tjoe in it's heyday: 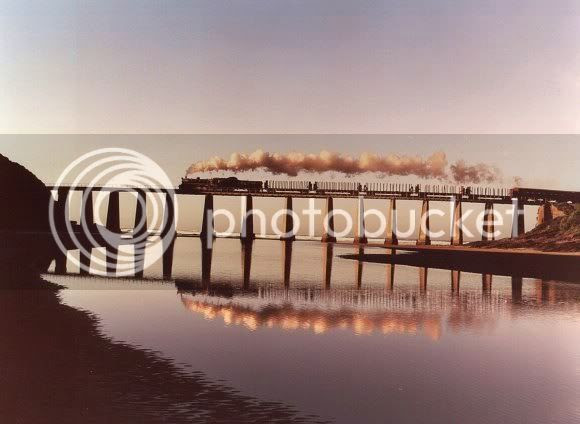 This cache too was soon in our hands. Easy find! 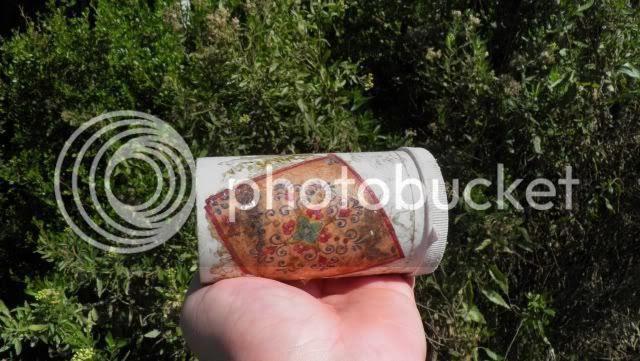 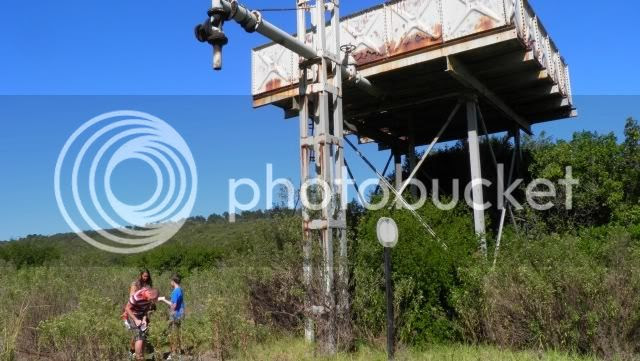 We had time for one more so we headed for Secret Wings #3 - Fine food and fairies. This is situated just off the N2 near the Timberlake Village. There are several little shops here selling food and fairies - go figure. 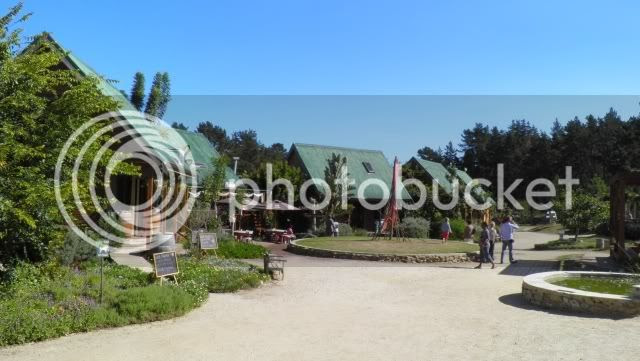 With a dragon watching over all: 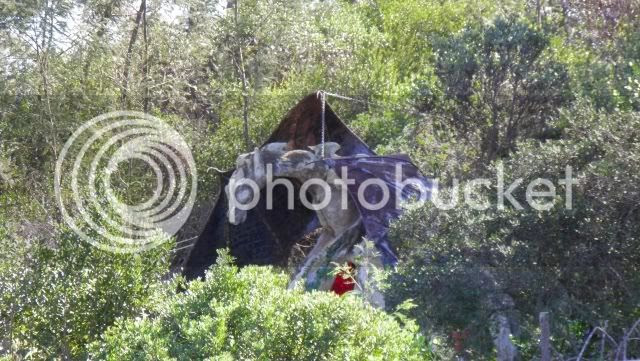 The cache is on a hill behind the village. 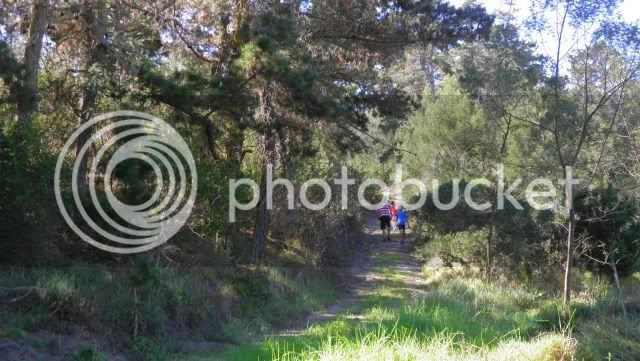 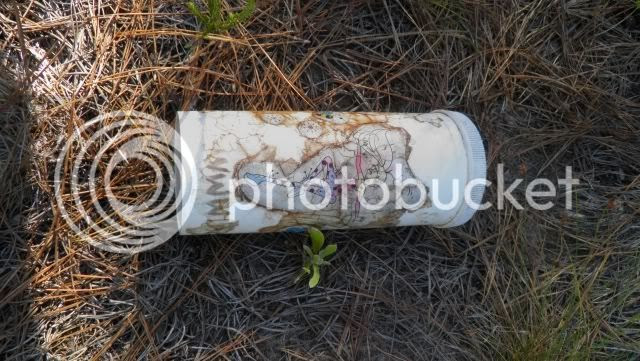 And we weren't the only ones looking for it either! 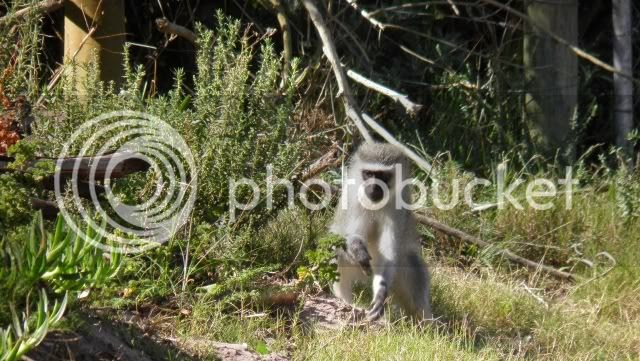 That was enough monkey business for today.

Hi trailrider,
thanx that you show our TB the world! Wish you a great adventure.
gecco14