During that week I spent every opportunity on the bike. It's a powerful bike, it's a beautiful bike. It runs well, it cruises well and it's got one hell of a acceleration. There are faster bikes out there, but on this one you “feel” the power. Right in your groin.

These were taken on an afternoon run to Herolds Bay: 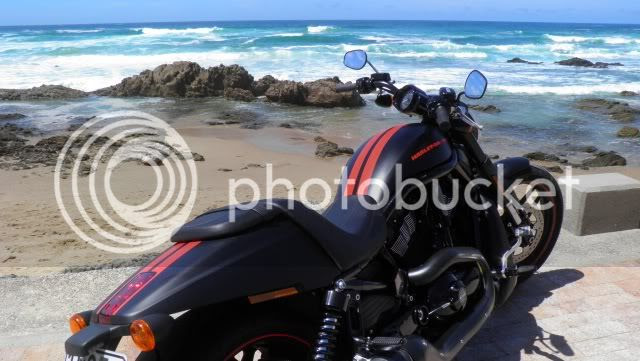 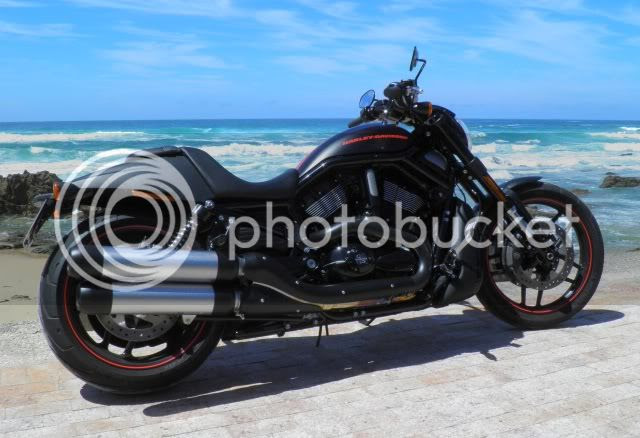 I was invited to join the HOG Breede River Chapter on a run for the disabled on the Saturday in Worcester. Worcester is more than halfway from George to Cape Town so this presented me with an opportunity to make a weekend run of the trip back to Cape Town. The only problem was that the Wild Dog Breede Bash happened to be on the same weekend, also close to Worcester. The Breede Bash is an annual get-together of the Western Cape Wild Dogs, a fraternity of Dual Sport bikers. This would mean that I'd have to attend a Dual Sport event – on a Harley!

On Friday I hit the road to Robertson where I spend time with my friends Horsepower and Milady and on Saturday morning early we hit the road towards Worcester, about 50km down the road. 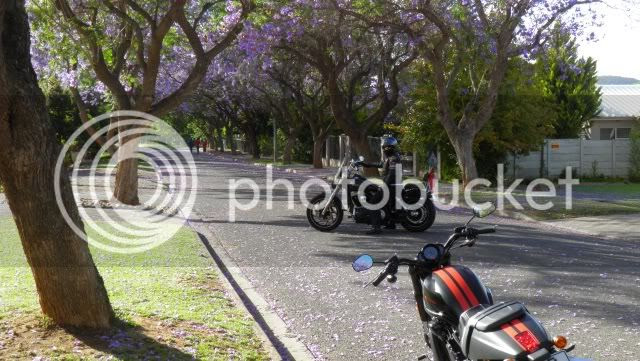 We were joined by three more Harleys in Robertson. Quick stop at road works on the way to Worcester: 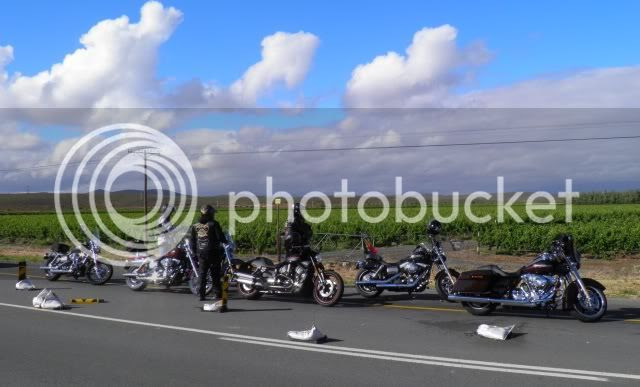 And in Worcester Harleys from all over the area gathered for the ride: 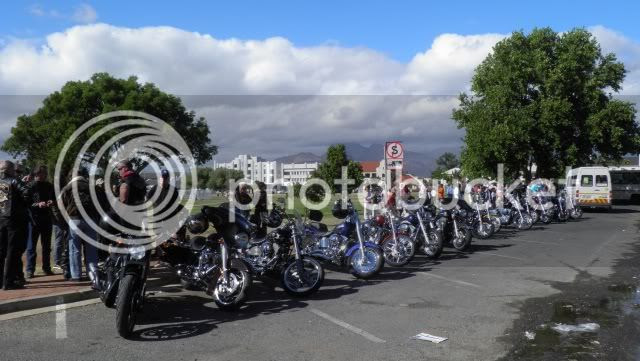 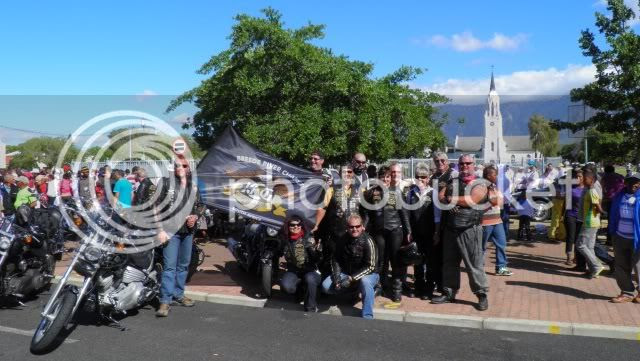 Persons with disabilities make up an estimated 15 percent of the world’s population.

Getting ready at the head of the procession, followed by 100's of kids on bicycles, followed by a brass band and finally some fire trucks. 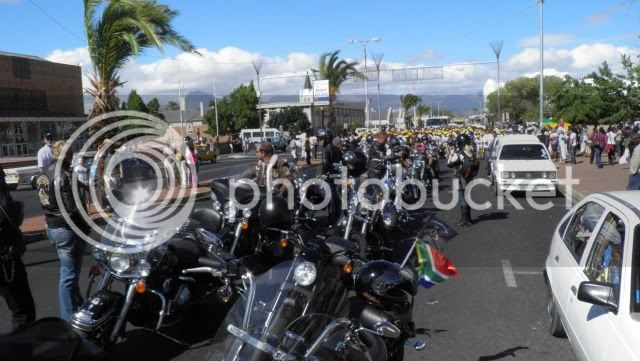 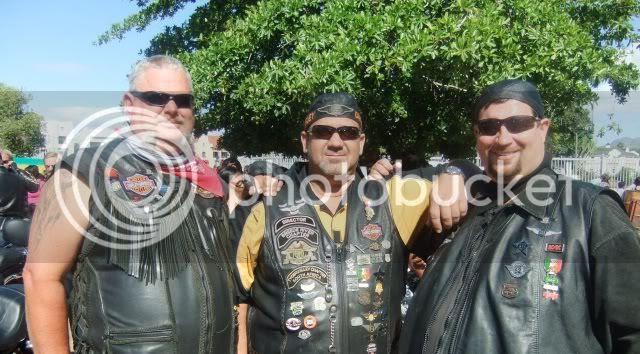 With the skinny lasses 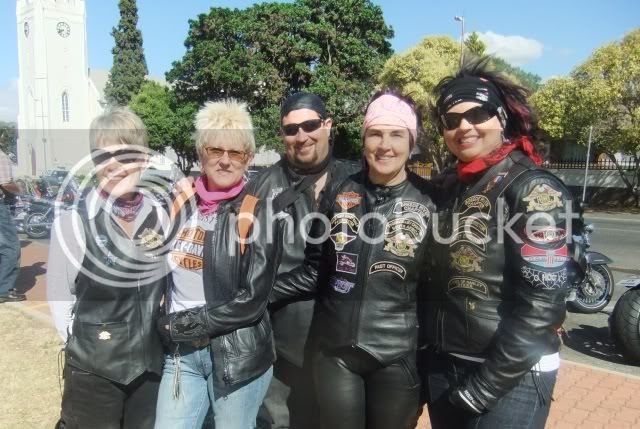 The procession stopped at a nearby sports ground / resort where the festivities commenced: 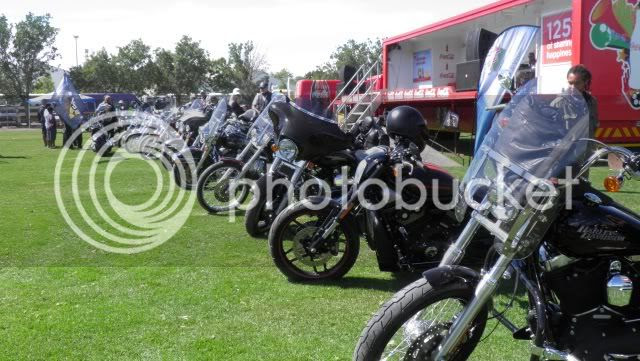 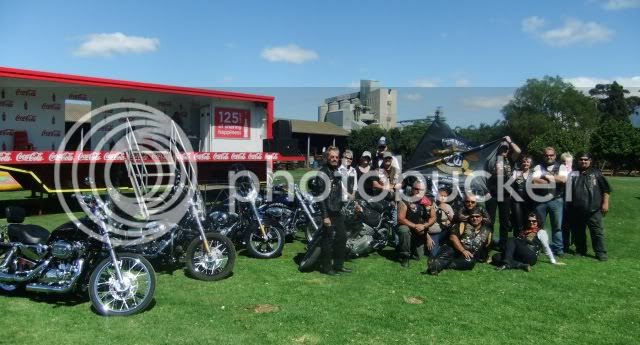 A nice brunch was in order. 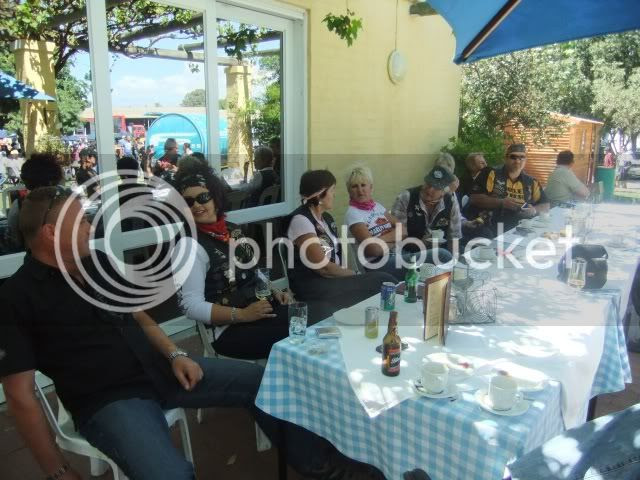 Speeches were made, donations were given and some of the underprivileged kids got Harley rides! Always a winner to put smiles on kids' faces. 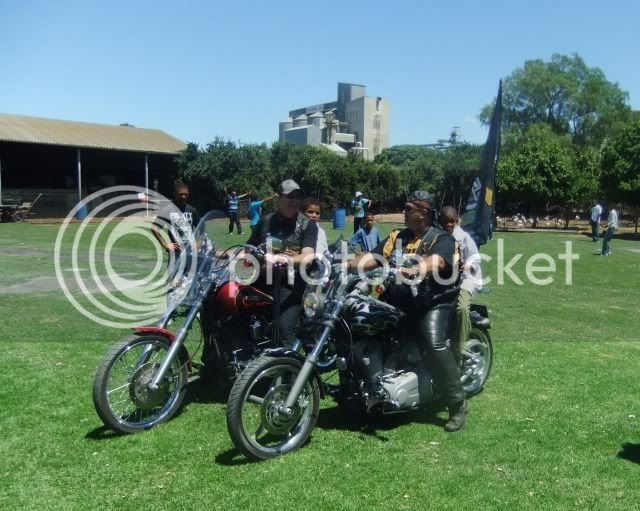 Even the dignitaries got in on the fun! My friend Willie doing the honours with his HD Rocker. 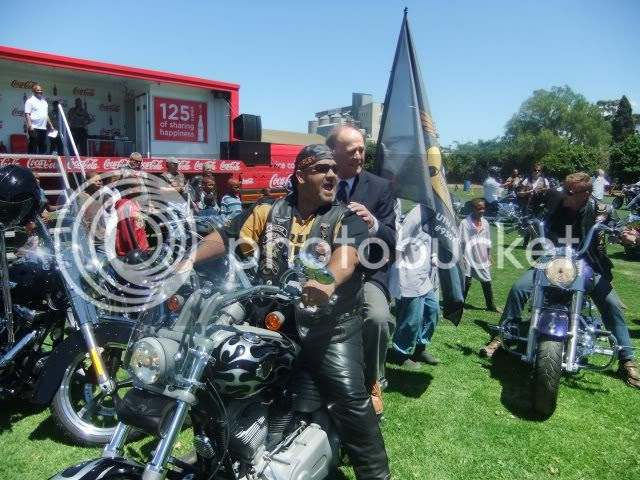 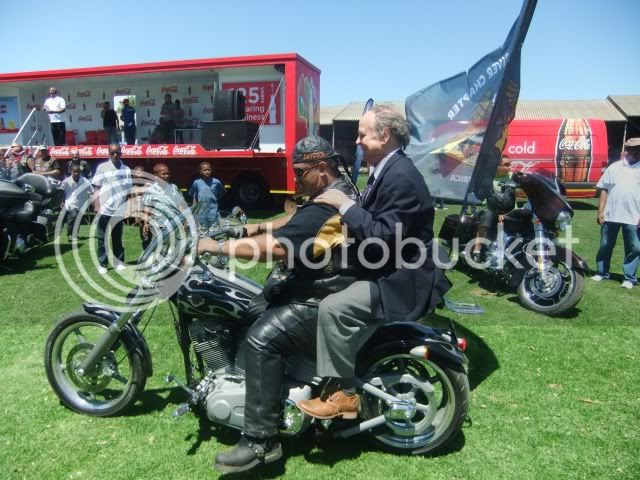 It was a good day with great people and one of those experiences that make you realize once again that you have to be truly thankful. “There, but for the grace of God, go I...”

After lunch I had to take my leave of this group and head out – it was time for the Breede Bash!