A hidden Gem - The "Other" Baviaans

There are very few gravel roads around the greater Southern Cape that I have not been on yet. Discovering new places has become all but impossible. I find it a great pity, because the excitement and anticipation of exploring a new route forms a big part of the attraction and experience that is DS biking.

There were two roads though, just gravel loops in fact, that still needed exploring. The first loops from Uniondale Poort Pass to the Langkloof, a stretch of only 40km, but virgin road non the less.

The second loops out of the R62 "Langkloof road" and eventually returns to it, but this road meanders through the magnificent Kouga mountains and includes several passes. It hugs the Southern hangs of the mountain range that forms the Southern border of Baviaanskloof. It's all gravel and it runs through breathtaking scenery. 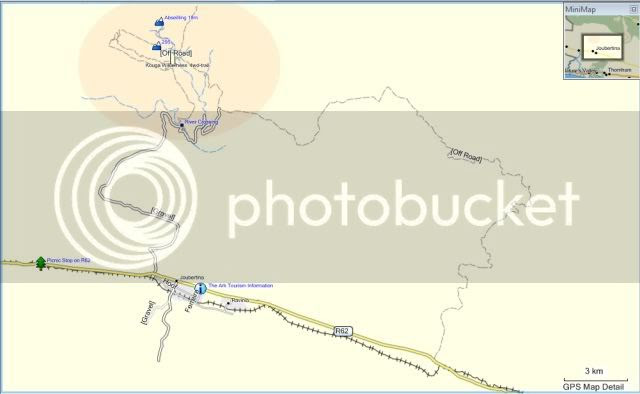 To be honest I have ridden this loop once before. On our way back from our Moordenaarskloof trip LGF, Rooipoot, ChrisL and I took this detour but we had way too little time and rushed the ride. Back then I vowed to come back. This time round I'll be taking my time.

The plan was to take a leisurely ride from George/Knysna through the Knysna forest, over Prince Alfreds Pass and almost to Uniondale where we'd turn East on the first gravel route that will loop us back to the Langkloof road. After a short 20 minute stint to Joubertina we'd get supplies and ride the start of the Kouga route to the Kouga Wilderness Holiday Farm: 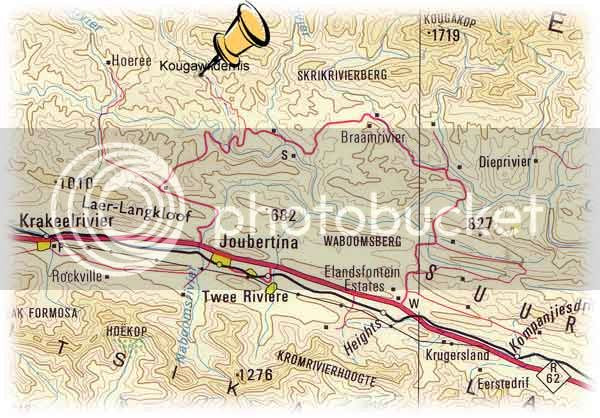 Kouga Wilderness is an Adventure Farm in the Kouga mountains. They have a camping site with a lapa and some chalets and they also have this Bush Camp: 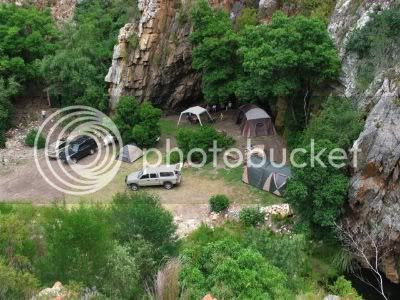 Look at this!!! With a pic like that, how can you even consider staying anywhere else?

The bush camp is removed from the other sites, situated at the dead end of a ravine, next to a river with a natural swimming pool. It has a gas shower, flush toilet and a tap with drinking water. That's it. That's enough!

No power, just the starry Karoo skies. And when you book this site it's yours, exclusively.

The plan was set! And this was not just another trip to somewhere I've been before, no, this trip had me excited again. My bike was packed and ready 2 days before the actual trip and we were chomping at the bit to go!!!