I recently spent a week on the new Honda NC700 X. Could this bike be a cheaper alternative as a Dual Sport bike? Some thoughts. 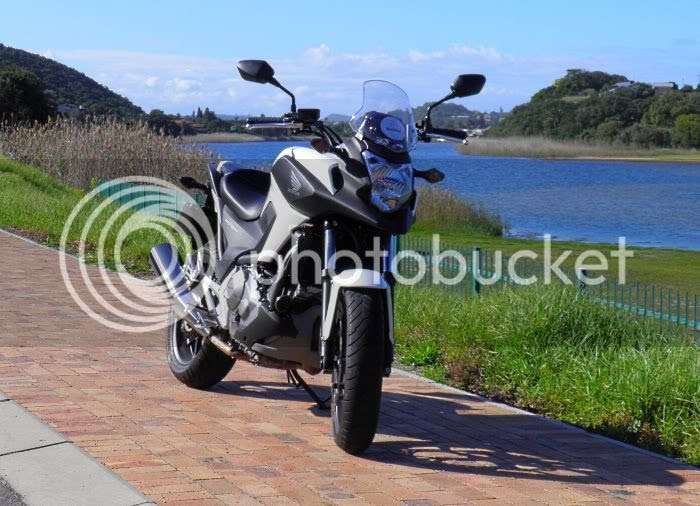 Firstly, you have to judge it for what it is - a commuter. As commuters go this is probably the best one I have ridden (not comparing it to Supermoto bikes etc, purely commuter). The seat is comfortable and the riding position upright with a good view over the traffic. The sitting position is very neutral with your feet below you, hands in front and back upright. Very comfortable. The standing position is also very good. Absolutely neutral. I would not change a thing. Not sure if someone with long legs will have the same experience, but the bikes fits me (or I the bike) like a glove. 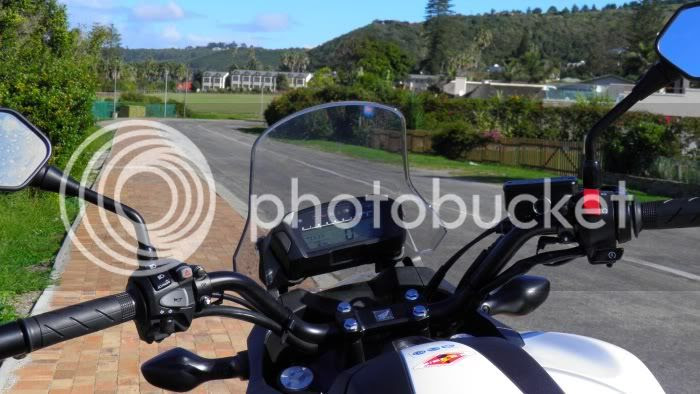 The power delivery is very linear, it feels almost the same regardless of where the revs is. So much so that I ran it into the rev limiter several times at first as you don't "feel" a natural curve in power where you automatically gear up. This is very useful in traffic as the power is always on tap. The bike is extremely user friendly and rides easily. It feels nimble and really zips through traffic. 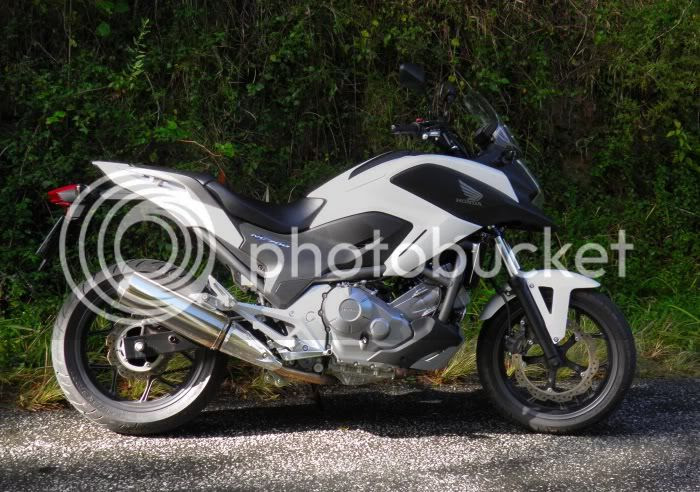 When you take it out on the highway it's a different story. The bike is not extremely fast or powerful, but adequate for a commuter. I pushed and pushed and I got it to an indicated 173km/h. I am a very big and heavy guy so that did not help the poor bike much. It runs up to 140km/h easily but to be honest there's not much after that. Going up an uphill on the N2 it could do no more than 140km/h and I had it absolutely pinned. 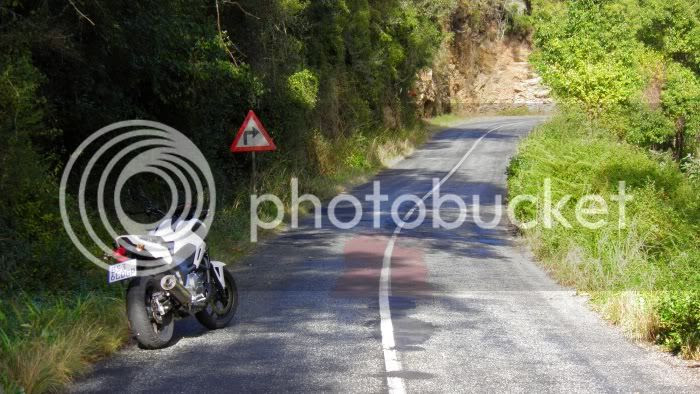 On the Saasveld road part of the Seven Passes the bike rides like a dream. The twisties and power on tap, along with the smaller front wheel and road tyres makes this bike really feel alive. It turns in quickly, feels nimble and handles well. The build quality also impressed. With this bike selling for so little I kinda wondered if it's not made in China or something to keep the costs down, but this is a solid bike with a quality feel. The cubbyhole also is a unique and very useful feature. It really takes a lot and things like a 2L coke fits easily with room to spare.

It's also a good looking bike that looks surprisingly similar to the VFR1200. 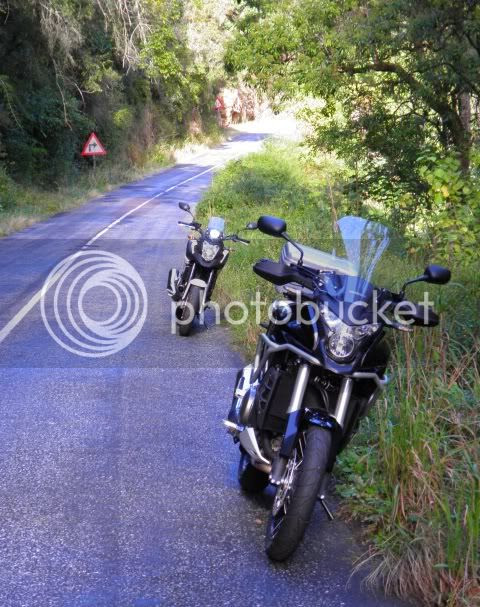 How does it compare to the TransAlp? Well, apart from the fact that both are 700's there is no similarity at all. Honestly I think the TA (as a DS bike) is better in all respects bar fuel consumption. The NC700X literally sips petrol. The V-Twin in the TA is smoother than the parallel twin of the NX700X. The TA has a lot more grunt. Both my TA's ran into their rev limiters in top gear no sweat (185km/h). That said, the TA is almost 50% more expensive.

Judging the NC700X as a DS bike is unfair as it was not built be a DS bike. The sump is exposed, it has mag wheels and comes with road tyres. But there is absolutely no reason why it could not be used as a DS bike on good gravel. I rode it on good roads, loose surfaces and over corrugations and this bike surprised the hell out of me. The suspension is good and it soaked up the corrugations and holes. It's comfortable whether you sit or stand and it's easy to take it up to the 140km/h mark even on gravel. I had to start braking a lot earlier due to the road tyres, but apart from that this bike is a pleasure on dirt. Casual cruising on gravel on a weekend you're also less likely to want the performance above 140km/h. 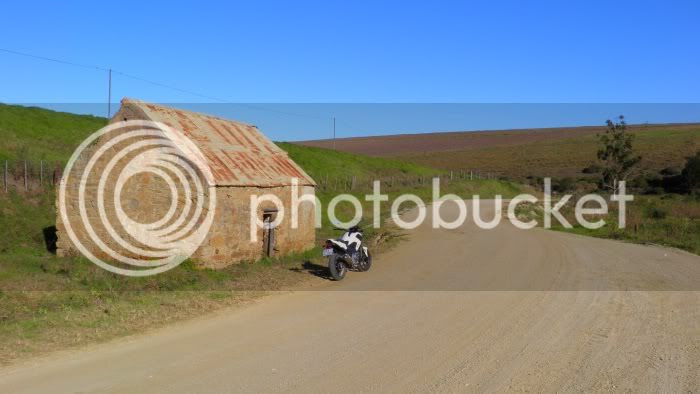 I ended up liking this bike a lot. It turned out to be my preferred mode of transport that week. If you're someone traveling to work and back every day (especially in a city) this bike will not let you down. It's comfortable, economical in the extreme and it will happily do outrides into the Karoo on weekends. For R66 000 you get a lot of bike for your buck. 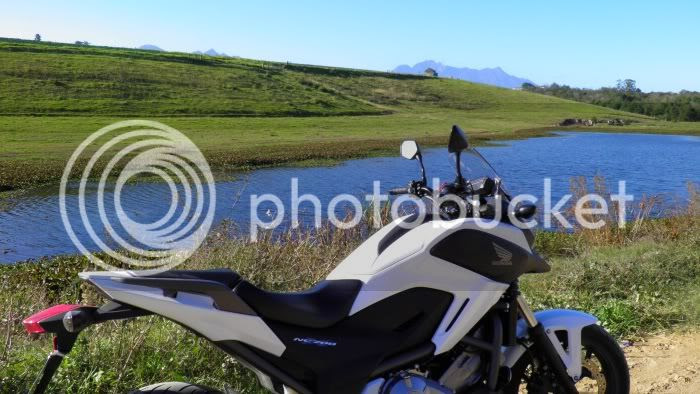 Also see my thoughts on the Honda NC750X.