Van Stadens is the first of 5 large concrete bridges on the beautiful N2 Garden route, a highway between Port Elizabeth and Capetown that runs along the southern coast of South Africa. This is the only highway in the world outside of China or Italy to have 3 bridges in excess of 500 feet (152 meters) in height. 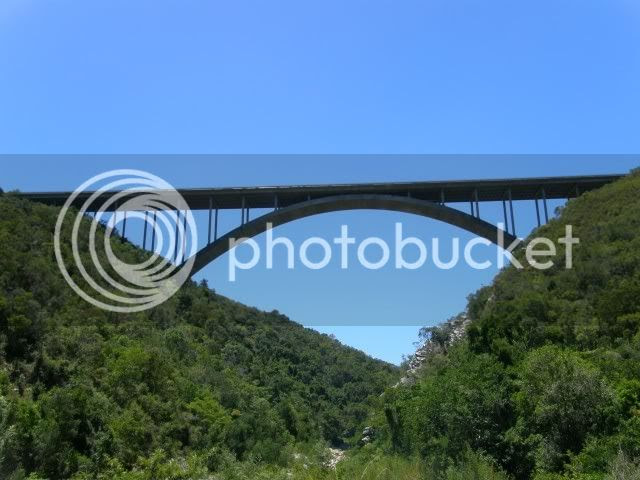 The Van Stadens Bridge is a concrete arch bridge over the Van Stadens River. It was opened on November 11, 1971. Just 12 days later, a Uitenhage man jumped to his death, and its reputation as the Bridge of Death grew from there. The death toll from suicides off the bridge is currently at 75.

A R1-million video-camera surveillance system, paid for by private donors, was installed in August 2005. Gauteng journalist Franz Kemp raised the funds after his daughter Inge had jumped off the bridge in 2003. The local police and pedestrians have rescued some twenty people from jumping off since that time. 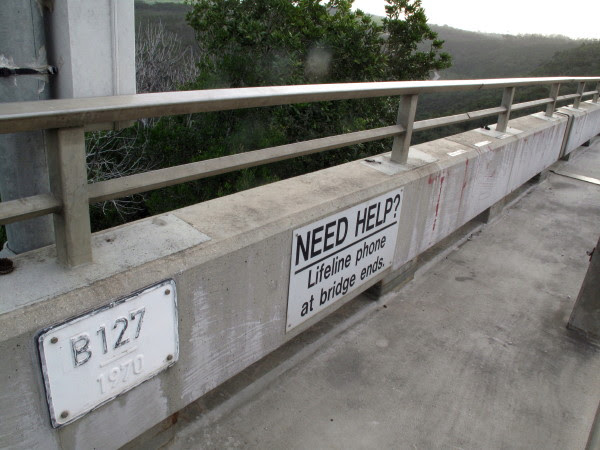 The Thornhill police department, who have a specialist-counselling team on hand for the bereaved relatives of these suicides, once retrieved the crushed bodies of an unnamed little girl, an older boy and a man on whom they found a suicide note. They believe, based on a suicide note, that the three people died shortly after October 31. Piecing together the events leading to the tragedy, police came to the conclusion that the man must have thrown the two children over the side, sending them plummeting to the rocky floor of the gorge, before jumping himself. The bodies were not found in one place, suggesting that one of the children might have panicked and tried to flee after the first victim went over the side.

Captain Anton Smit said the traumatic discovery was made by two Port Elizabeth teenagers who had gone for a walk during a picnic near the Van Stadens Wild Flower Reserve. Bryan van Vuuren, 17, and his friend Andre Trauernicht, 18, first discovered the body of the boy. The teens alerted Thornhill police station and showed them where they discovered the body. Soon afterwards, the body of the man was found a few metres away. There was also a note indicating that there were another body somewhere among the bushes. The note also mentioned three women who should be notified of the deaths.

A police sniffer dog was called in and the body of the girl was discovered several metres further from where the other two bodies were found. The bodies were not severely decomposed and were identifiable. There was no sign of a vehicle parked near the bridge.

While the suicides averaged about one every 18 months, there was a rash of suicides in 2008: besides the 80-year-old Afrikaner man on October 8, Humansdorp teacher Nicholaas Martinus, 26, jumped off on June 4 and a day before that, Kensington man Chris Botha jumped off.

A later suicide happened on the 8th of August 2009 when a 20 year old man jumped to his death while onlookers from Cape Town and a family from PE stood admiring the bridge. Standing here I could imagine that it must have been a terrible sight as you are quite close to the bridge.

The latest suicide saw a 32-year-old traffic officer from Knysna ump to his death.

Email ThisBlogThis!Share to TwitterShare to FacebookShare to Pinterest
Labels: Bridges