.
After more exploits in the Camdeboo, including an attack on Willowmore on 1 June 1901 where 10 British soldiers were killed and one Boer lost, Gideon Scheepers found himself on the farm Veerenkraal near Steytlerville in August 1901. Scheepers decided to head South once more, crossing the mountains into the Baviaanskloof where they had another skirmish with British forces. After moving down the Baviaanskloof they cross the Kouga Mountains and enter the Langkloof with 240 men on 14 August 1901.

I travel East from George to Knysna along the Garden Route and the N2 and across the Kareedouw Pass into the Langkloof. It is here, in the East of the Langkloof near Kareedouw, where I will pick up Gideon Scheepers' trail.

And so the ride begins...

It was the earlier attacks at Willowmore, Uniondale and Avontuur that led to the building of the Fort in Knysna:

"News of the attacks by Boer commandos on Willowmore and Avontuur in January 1901 resulted in the declaration of Martial Law in Knysna and the immediate formation of a Town Guard about 70 strong, which set pickets at the entrances to the town and at the gaol every night."

The Town Guard was mobilized in less than half an hour on 27 February after a body of men had been reported to be approaching the Knysna bridge. Fortunately, these materialised as a party of mule drivers from Pacaltsdorp near George. Furthermore, the books and assets of the Standard Bank were sent by sea to Mossel Bay for safekeeping and several suspicious characters, including the minister of the Dutch Reformed Church and others with Dutch names, were arrested on various pretexts.

Knysna Fort in its heyday, with the Heads beyond: 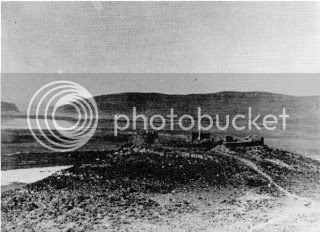 Situated on the rounded top of the hill, Knysna Fort comprised two loopholed circular towers - towers with vertical slits in the wall - at the north-east and south-west corners, connected by a drystone (mortarless) perimeter wall enclosing an irregular area about 35 x 32 m. A circular stone base in the centre of the fort carried a flagpole and two small guns (carronades), dating from c1806. To the south of this was a rectangular two-roomed garrison office. Unlike the connecting wall, the two towers and the office were constructed of mortared masonry and finished at the top with crenellated parapets or battlements.

The designer of the fort appears to have been an enthusiast for medieval military architecture, because, in both plan and general design, it closely resembles a small English castle. 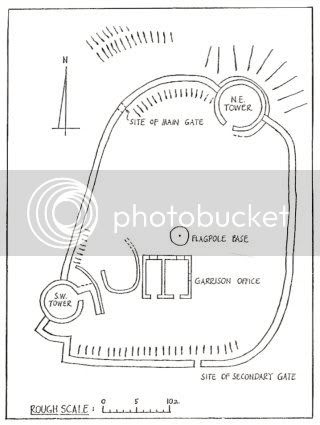 Interior of the Knysna Fort as it was, showing the garrison office, the stone base with flagpole and two carronades and the the south-west tower behind: 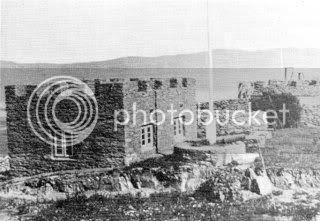 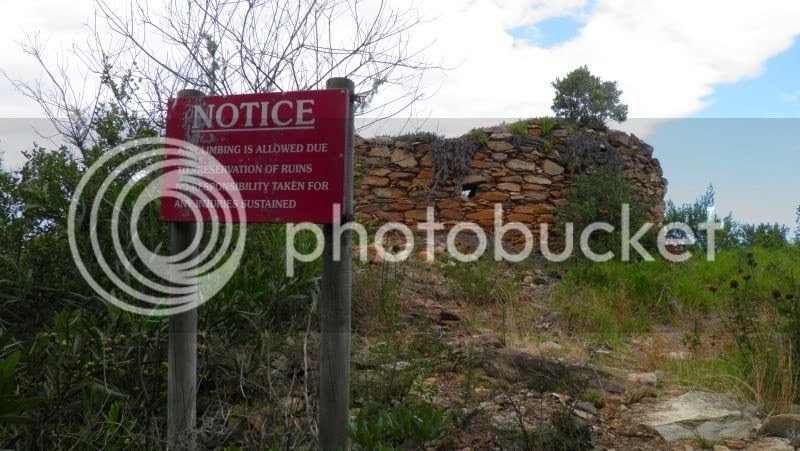 You still enter where the main gate used to be right next to the N.E Tower: 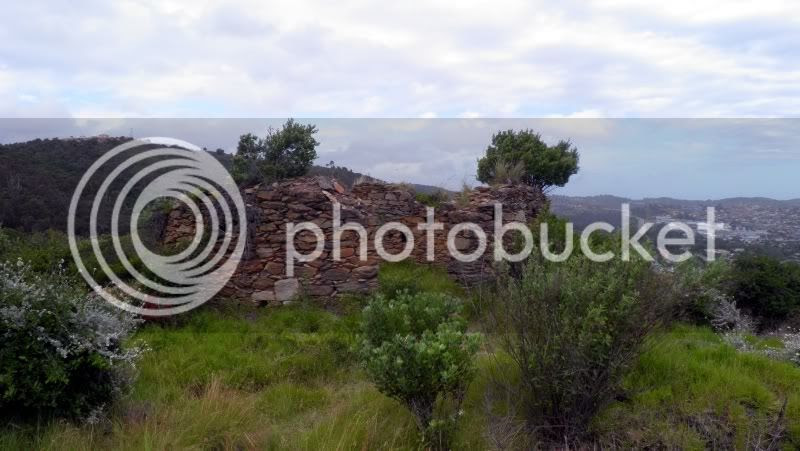 The N.E. Tower as seen from the Garrison Office: 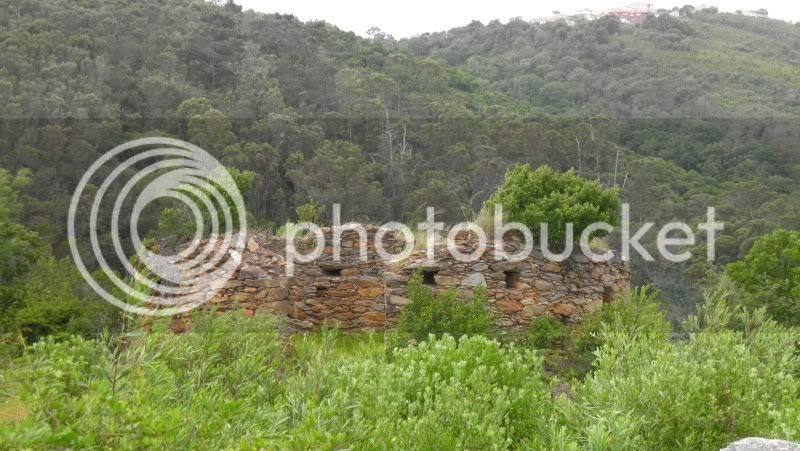 The ruins of the Garrison Office: 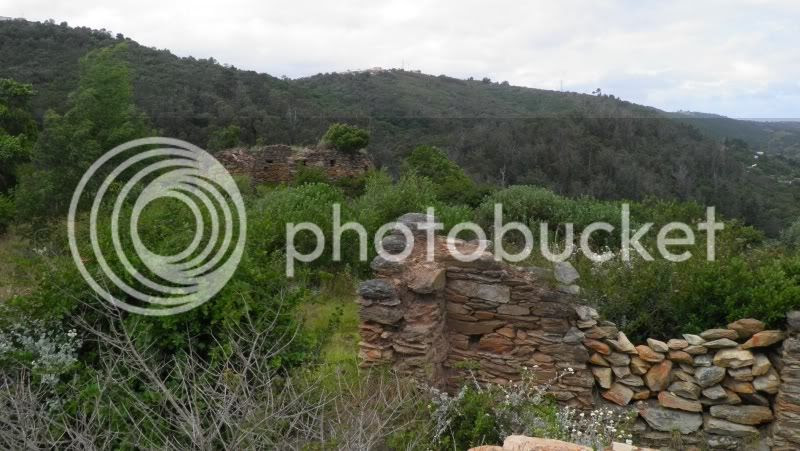 Looking towards he S.W. Tower: 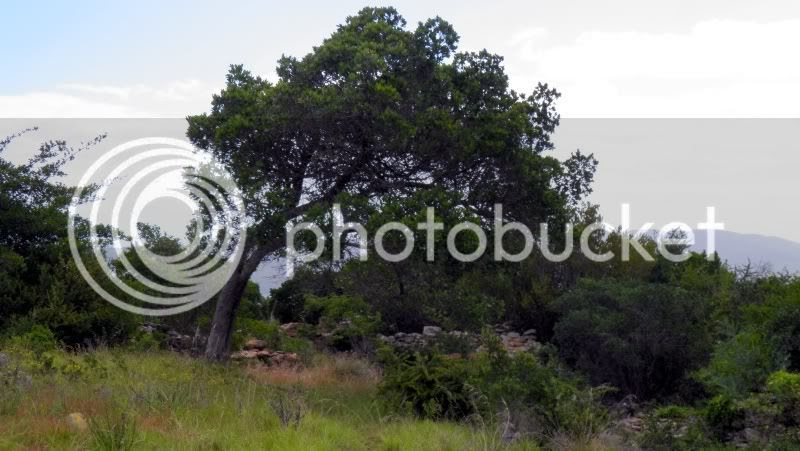 View of the Knysna Heads as seen from the fort today: 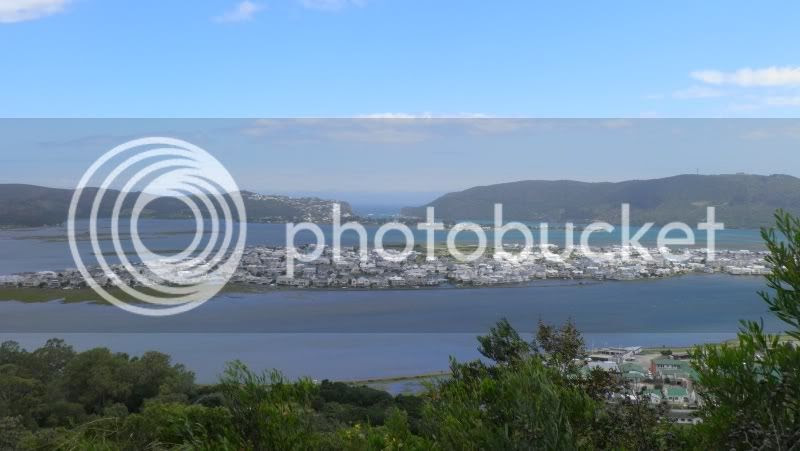 The fort is in an enclosed locked area and you have to obtain a key to enter. It involves a walk with some "bundu bashing" and it is a serious climb from where you park (See how high above the traffic I am in one photo above

). The fort is behind the Knysna Hospital and the keys can be obtained from the workshop area during office hours. Google place mark here.


The source of information on this fort is Richard Tomlinson's website here.

Knysna Fort never saw military action and was referred to by locals as "Thomsons Folly". It's probably the most southerly fort dating to the Anglo-Boer War in South Africa.