A Day on a Ténéré

.
Another day, another ride.

The steeds for today's ride: 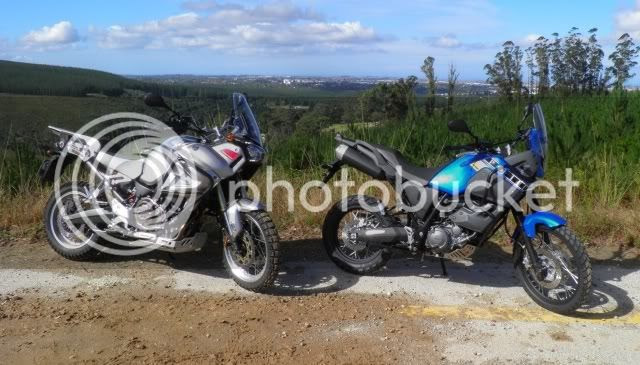 Two brand new Ténéré's. How lucky can one get?

My friend Hamster from Graaff-Reinet bought this beauty: 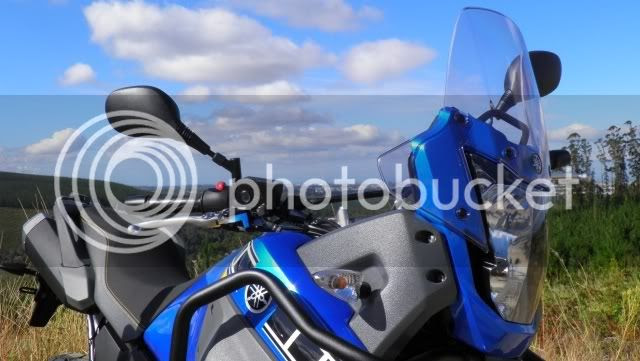 Lucky bugger. He was smiling so much if his helmet wasn't fastened to the bottom of his chin the top of his head would blow off! 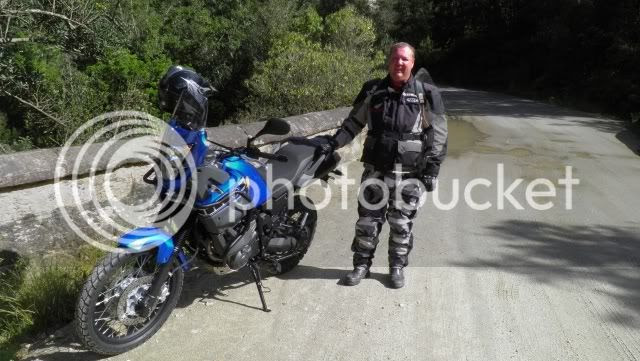 This is the 2011 Yamaha XT660Z Ténéré. As far as tour-ready midsize DS bikes go, this might quite possibly be the best bike on the market at the moment. And that's saying a lot coming from a Honda fan. The TransAlp might have an edge on speed or if you are going to carry a pillion a lot, but the Ténéré definitely has the edge on almost everything else. Great range, ground clearance, suspension, it's definitely is much more dirt orientated. And it's no slouch either.

And this is my bike for the day: 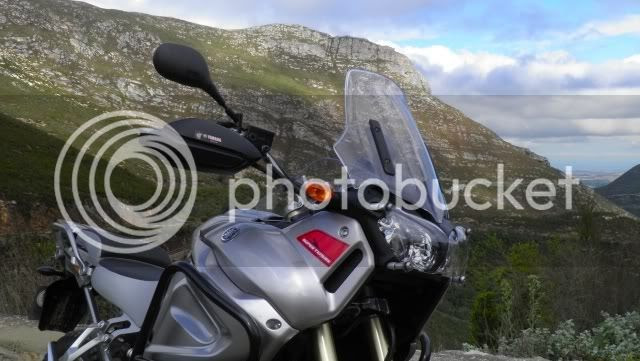 I am seriously impressed with this bike. I have ridden and tested the latest BMW 1200 GSA also and after this there is no doubt in my mind that the Super Ténéré is the new King of the Hill. I have several reasons for this verdict which I will come to later. There are rumours that BMW will be launching a new version of the GS and we know that Honda will be launching their own 1200cc shaft-driven Adventure Tourer soon. They certainly have their work cut out. The Super Ténéré set the bar high. Very high. Anybody in the market for a 1200 Adventure bike who does not at least take a test ride on the Super Ténéré as well is an idiot. Period. Test all bikes available. You owe it to yourself.

Back to today's ride - I've been meaning to test the XT1200Z for a while now, so when I heard that Hamster bought a XT660Z I knew this was an excellent opportunity to have the two Ténéré's on a single ride. 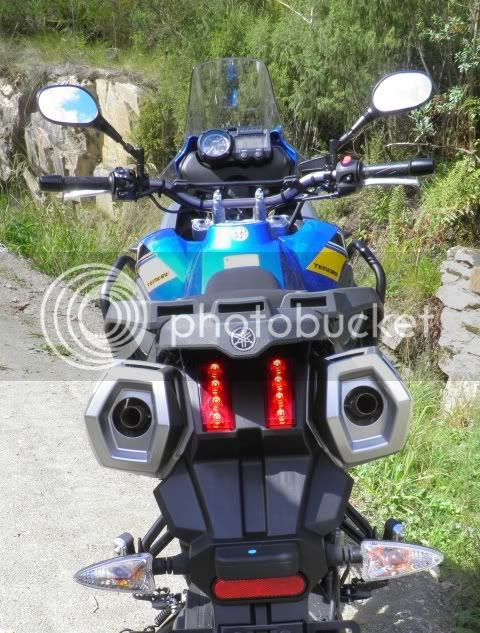 Hamster was on his way back to Graaff-Reinet so I joined his ride for a short section over Montagu Pass. Thereafter I could ride (play

) around a bit before taking the Super Ténéré back to George. Most of the ride pics were taken on Montagu Pass. After that the riding was just to much fun to stop. 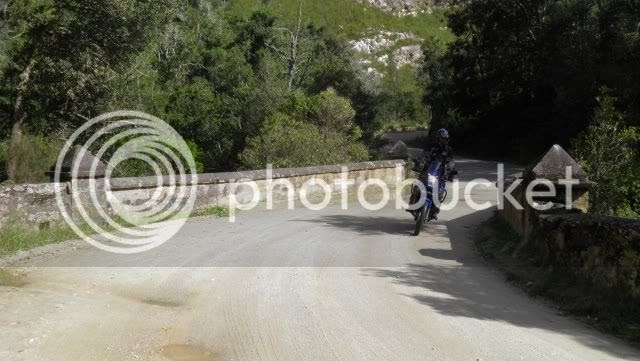 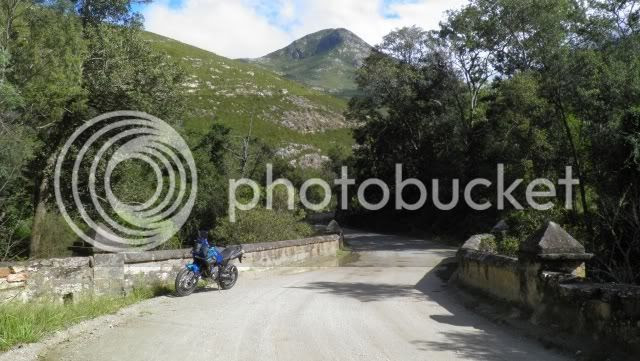 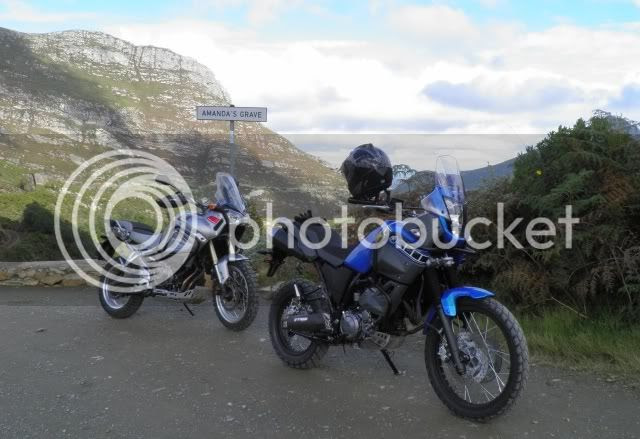 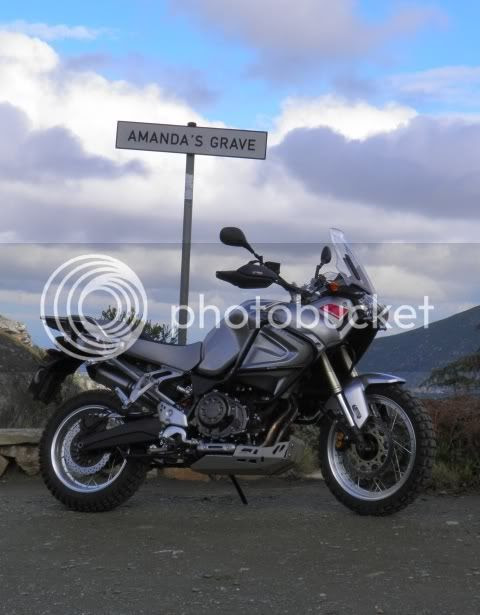 The short straights and twisties in the pass were fun and we floated over the speed humps and corrugations no problem. These are easy-to-ride user friendly bikes. The controls are where you expect them to be and you instantly feel at home on these bikes. The Super Ténéré has a really neutral standing position perfect for my height. It handles light and nimble and I found it amazing that it was a 1200 that I was throwing around like this.

Hamster still had some way to go so after more congratulations before he headed off: 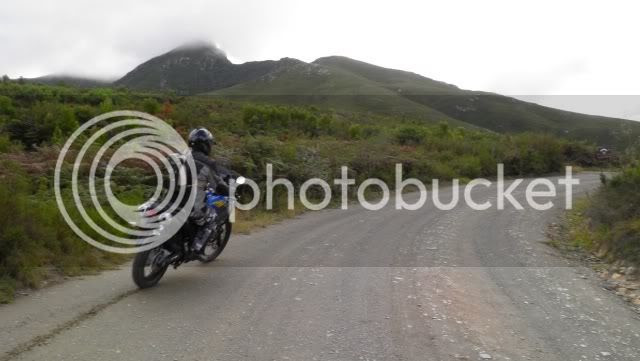 Now it's me and you baby. The TransAlp will never know! 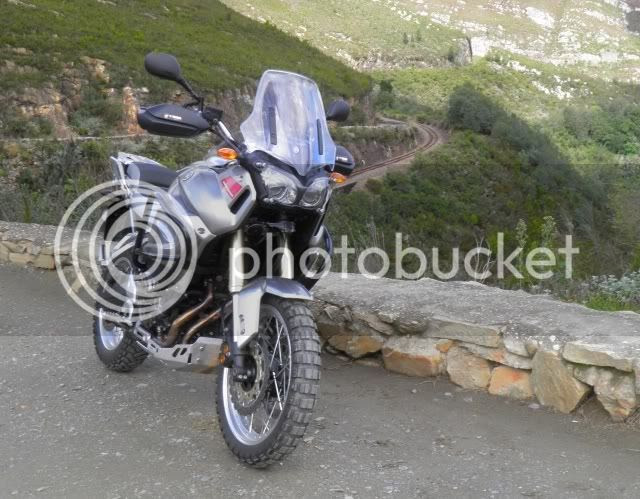 Some impressions on this bike:

On the spec sheet it's heavy, but unless you drop it you will never know it. The seat is low enough so you wont have to hold the weight on the one side and as soon as the wheels turn he weight totally disappears. It feels no heavier than my TransAlp. Granted the TransAlp also is no MX bike, but it is around 50kg lighter than this. Also, the Super Ténéré doesn't feel big. When I rode the BMW 1200 GSA the weight also disappeared when the wheels started to turn but the bike still felt BIG. That is not the case here.

On the dash you have several buttons and modes to keep everybody happy. The bike can be ridden in one of two modes: Sport mode and Touring mode. Touring mode gives a smoother ride so I opted for Sport mode! 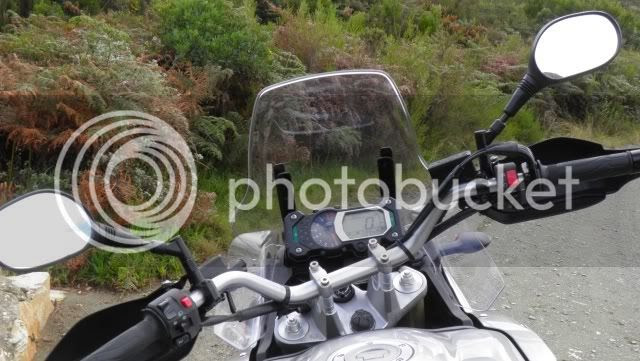 The ABS on this bike actually works - I tested it.

Yamaha has a clever system where you have a linked brake system when using the front brakes, but a single system if you use the back brakes first. The best of both worlds.

I disliked the idea that the ABS on this bike has no "off" switch, but the ABS works so well that I doubt if you would have needed to switch it off often (still would have been nice to at least have the option). There is no way I can be sure, but I would not be surprised if this (heavier) bike stopped even faster than the ABS TransAlp. 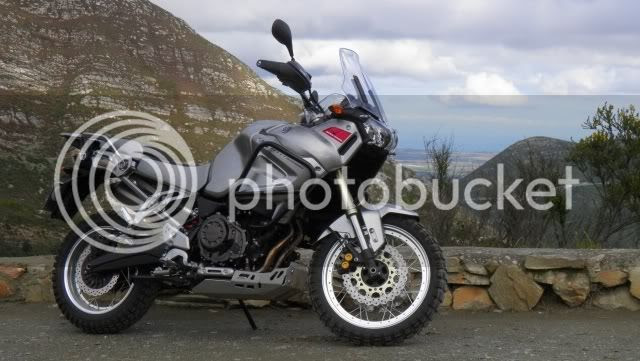 That was my first experience of traction control on a bike. I remember thinking at the time that TC on bikes had a looooong way to go before we get to the smooth operation felt in cars where the only indication that the TC is working is a flickering light.

Coming through a damp corner giving it full taps in the T1 mode the Super Ténéré simply grips through the corner. You can feel the traction control working, but it's not violent at all. Actually "reassuring" might describe it best. It does leave a nice line on the road though.

Coming through the corner giving it horns in T2 the back steps out (I almost got a fright initially) before "catching" you and keeping you in a nice controlled power slide. It seems you can buy skill after all. On this bike you can look like Alfie Cox in every corner - without the danger of overcooking it!

After turning the Traction Control off you realize just how well it really works. With all that power on the rear wheel you can spin the bike at will in these conditions. I rode through the same corner but did not have the guts to gun it. I would surely high-side it. 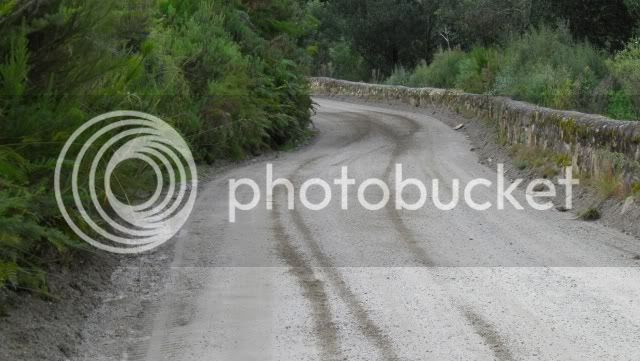 This is in no way a comprehensive test. Just a quick outride and some thoughts. It was enough though to know that this bike is a serious contender in the liter class of DS bikes. It seems to be more advanced with rider aids that work better. While I did this test my friend Vis Arend and his wife were touring in Namibia, two up, through sand, water and mud on a Super Ténéré and the bike performed flawlessly. See that Ride Report here, it's well worth the read. 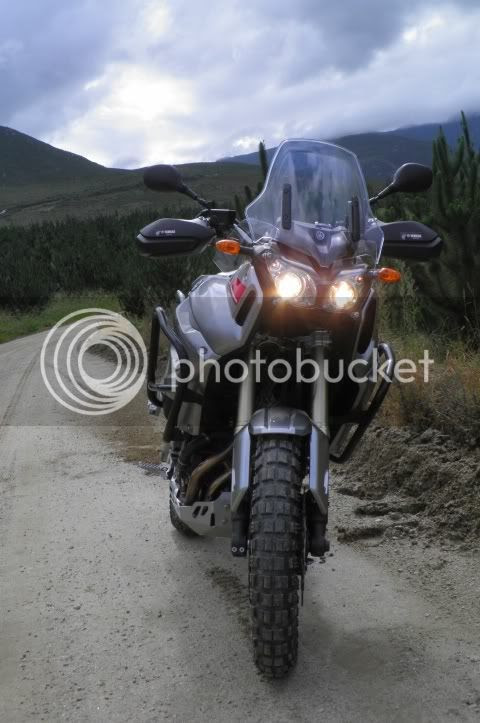 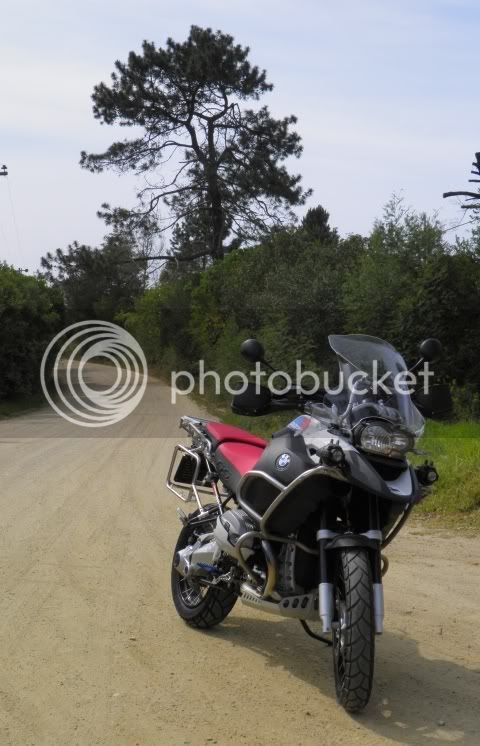 There's a reason why I put one picture above the other

but that is just a personal choice. What is certain is that anybody in the market for a 1200 should ride both. Why the hell would you not? They cost a lot of money so it's important that you get the best product for your $. At least make an informed decision.

Will I buy one? I considered it but my bank manager just laughed!