.
On a recent ride to the EC Bash we made a last stop in Kareedouw for fuel and supplies. At the petrol station I came across another Wilddog called "Cacher". "Cacher" as in "Geocacher"!

I already had everything I needed (come prepared

) so while the others went to the shop Cacher quickly guided me to a nearby cache called Vorster's rest. There's always time for a quick cache!

The GPS brought us here: 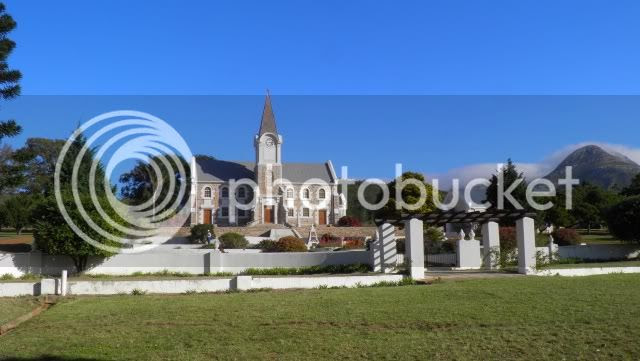 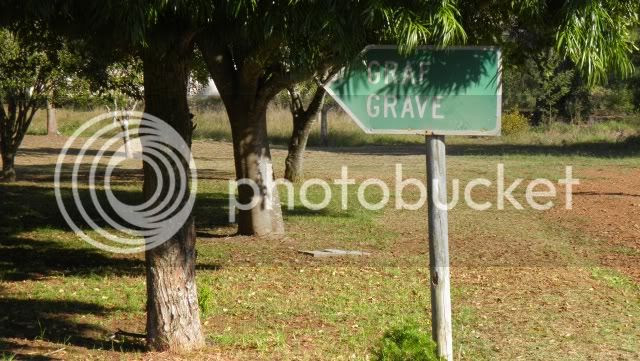 The grave of B.J. Vorster. 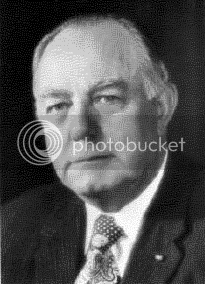 Vorster was born in 1915 in the district of Jamestown in the Eastern Cape. As Republican, he was strongly opposed to South Africa's participation in the Second World War. He was imprisoned at Koffiefontein for anti-war actions. I mentioned this before when my wife and I visited Koffiefontein on our Karoo Ride. 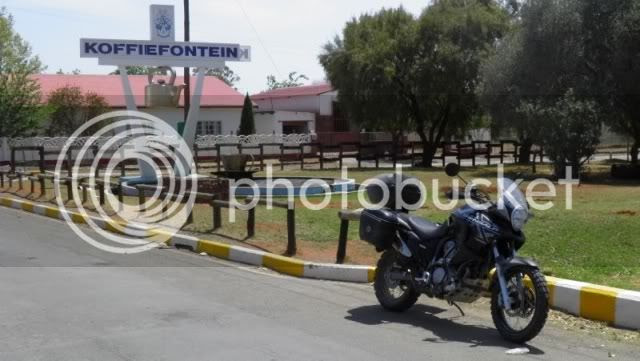 After the war he practised law in Port Elizabeth until he was elected as member of Parliament for Nigel in 1953. In 1958 he was elected as deputy minister for education, arts and Science as well as welfare and pensions. Three years later he became Minister for Justice and Education and in 1966 the portfolio for police and prisons were added. With the assassination of Dr Verwoerd in  that year he became Prime Minister. 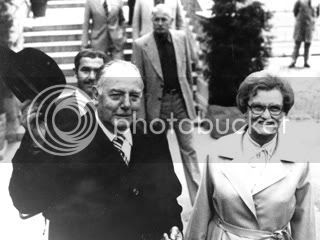 Despite the fact he was found innocent in connection with the "Information scandal", he was forced to resign as Prime Minister in 1978, after twelve years in office. Following his retirement as Prime Minister, Vorster was elected to the largely honorary position of State President, but again was forced to resign due to the shadow of the Information Scandal that followed him. He died in 1983, aged 67 years. 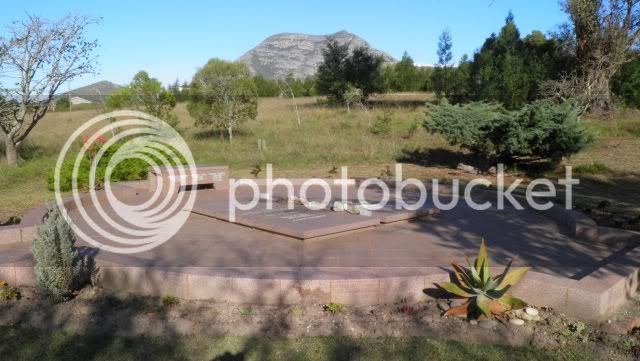 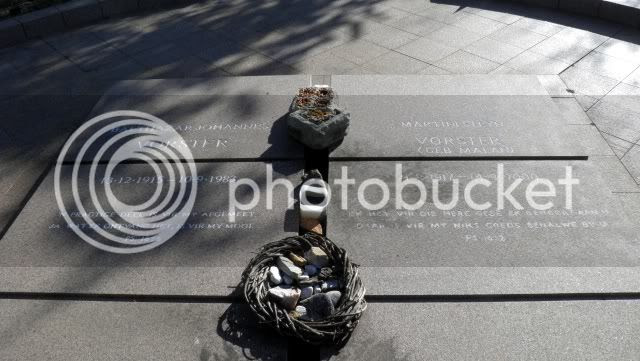 He was succeeded by P.W. Botha, who began the first reforms to moderate the apartheid system.

The Cache hint says it's about 30cm from "Boltstone". 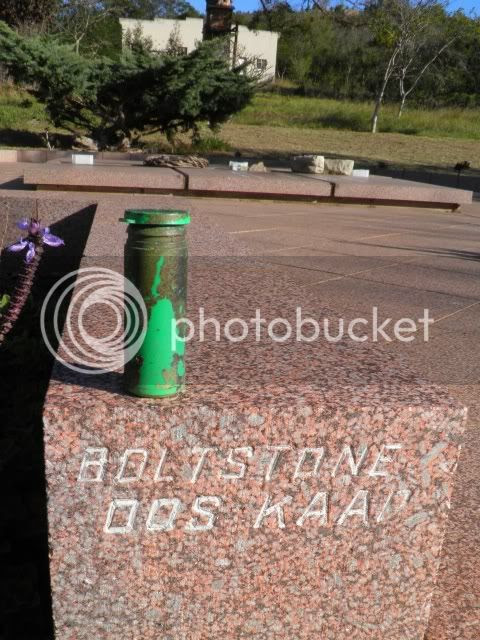 What a cool cache. I love just the history stuff. Had it not been for Geocaching I would never have known this is here. TFTC!