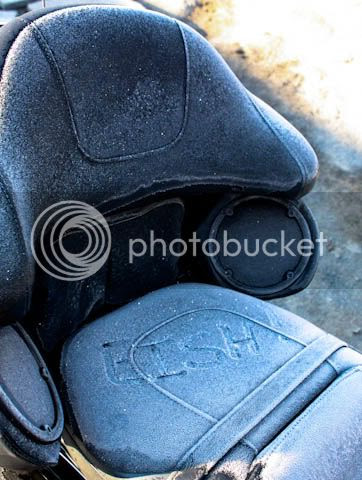 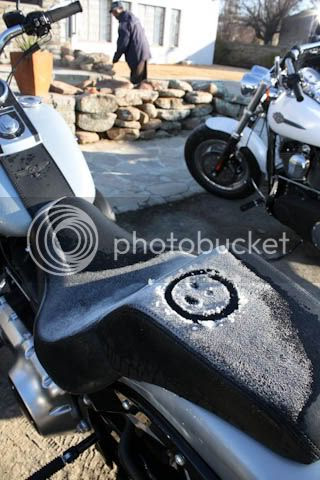 We had a warm night's sleep though. As it happens Firefly and I were booked in the honeymoon suite,

It took a while for the bikes to thaw and no-one complained about sleeping a little late after the previous evening's festivities. 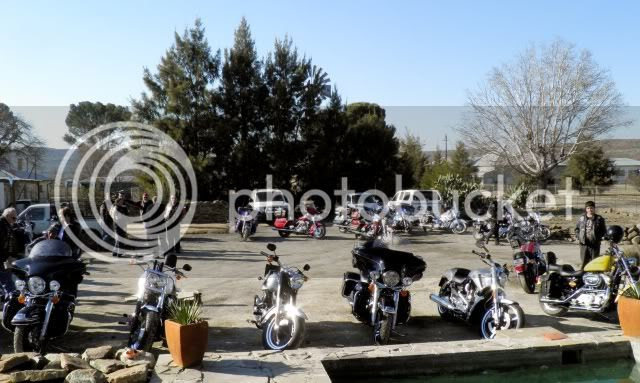 This morning the mass ride was the main thing on the agenda. The Harley "Legends on Tour" truck was there as well stocked with the latest models and soon I organized a Muscle bike for the mass ride, with Firefly deciding to rather pillion on another Ultra. She's sold on that bike. 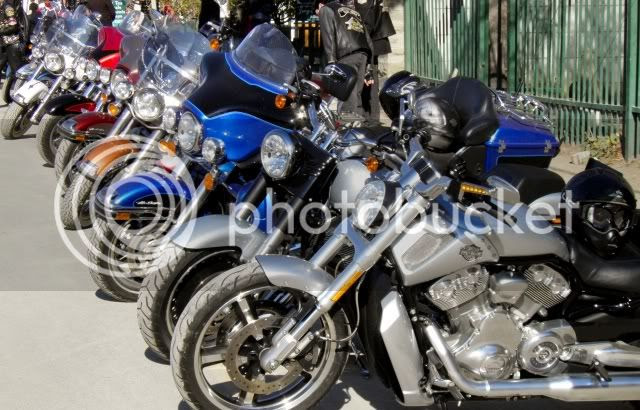 Sutherland also has their version of two wheeled vehicles, complete in Harley orange! 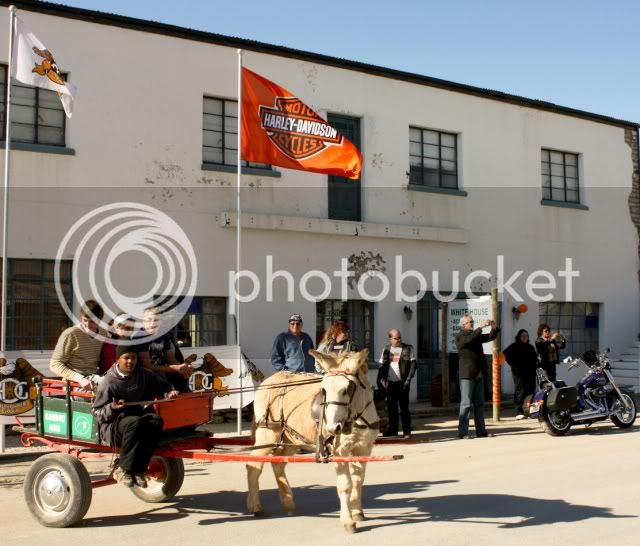 The mass ride took us 18km out of town to the observatory near Sutherland. 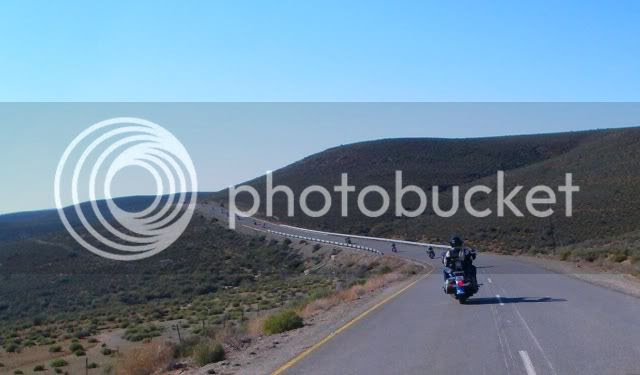 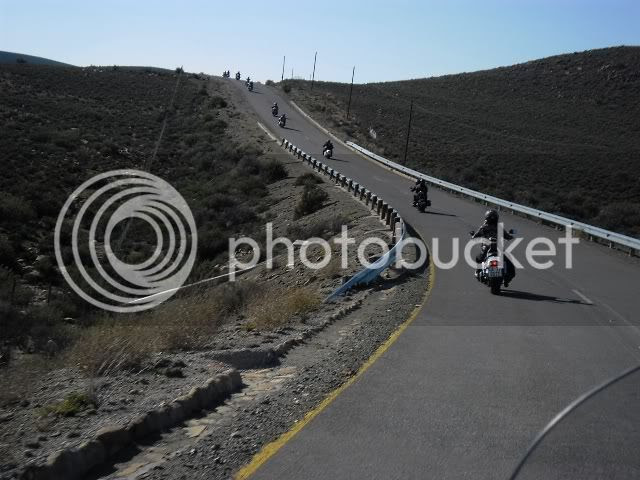 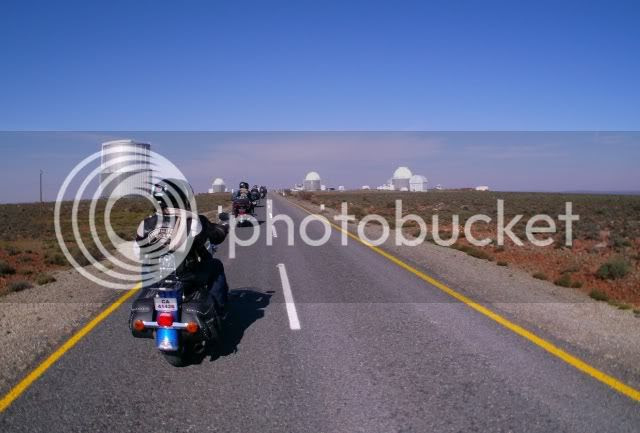 The Southern African Large Telescope (SALT) is the largest single optical telescope in the southern hemisphere and among the largest 5 or so in the world. It has a hexagonal primary mirror array 11 metres across, comprising 91 individual 1.2m hexagonal mirrors. Although very similar to the Hobby-Eberly Telescope (HET) in Texas, SALT has a redesigned optical system resulting in a larger field of view and effective collecting area.

This thing is HUGE! 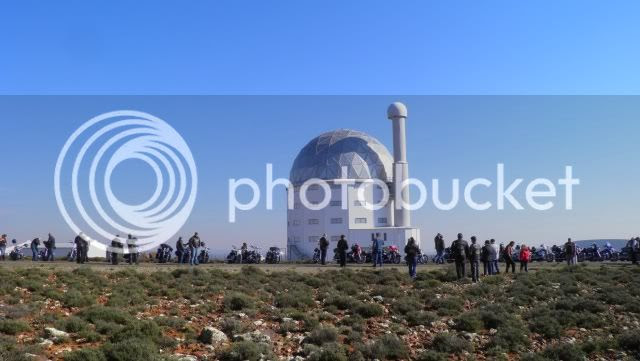 What a great line-up: 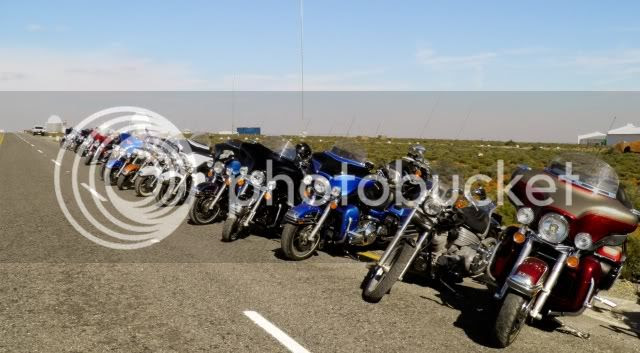 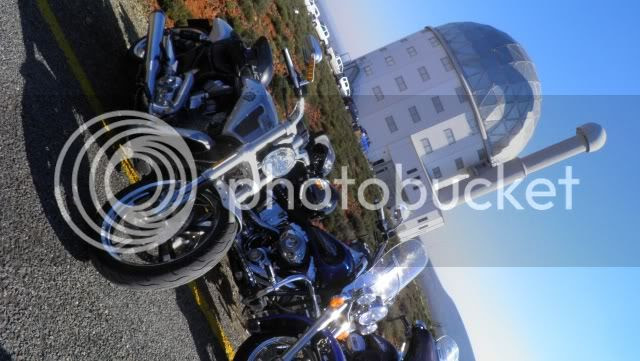 I decided not to join the group on the way back, as I needed to test the bike. 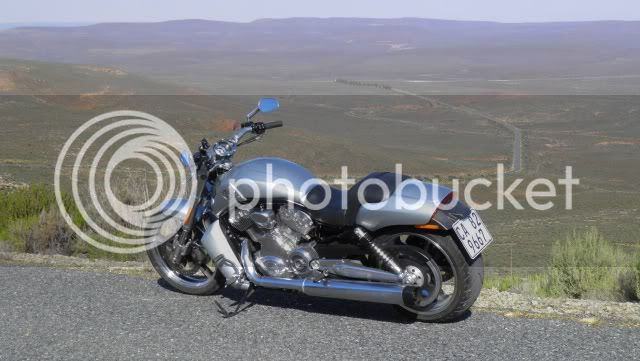 The Harley Davidson Muscle is part of the V-Rod line-up and quite different from other Harleys. So much so in fact that some Harley purists don't consider it a true Harley. It looks different, sounds different, is different. This is a bike focused on one thing - acceleration and straight line speed. 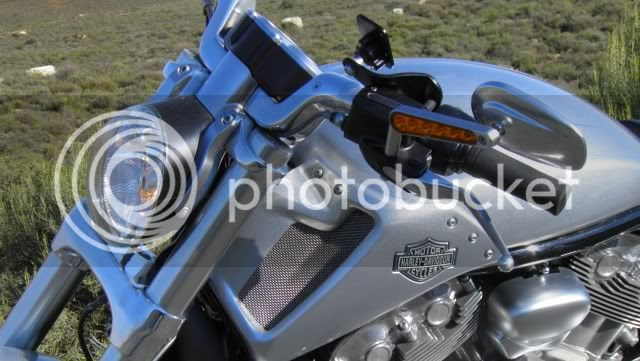 You sit with both your arms and feet forward and there is no wind protection. It sounds uncomfortable but surprisingly it's not. You feel the wind and the power, you feel alive! The torque on this machine is something to experience. It pulls and pulls like a freight train. 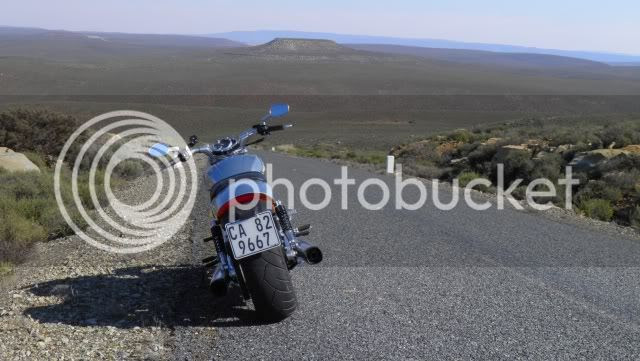 And this is what 200km/h on a Harley Muscle looks like:

And where better to test a bike like this than on the vast straight stretches of road of the Karoo? 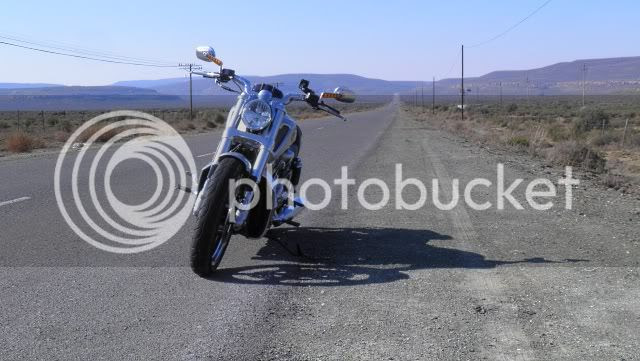 Back at the Rally site the people were really getting into the spirit of things. My mate Willie: 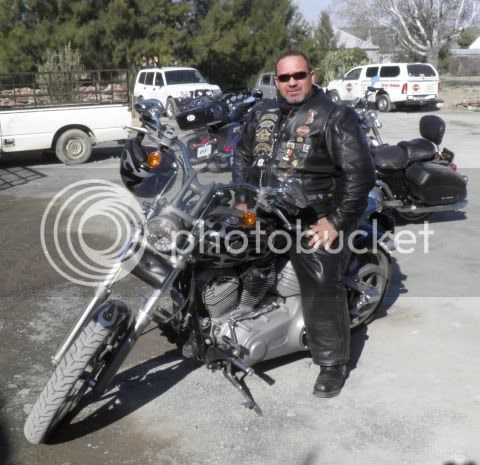 His Rocker is done in the Tribal theme, a beautiful bike.

While the Harley experience truck was here Firefly and I decided to ride some more Harleys to see which model would be the best fit...

She really liked the Fat Boy: 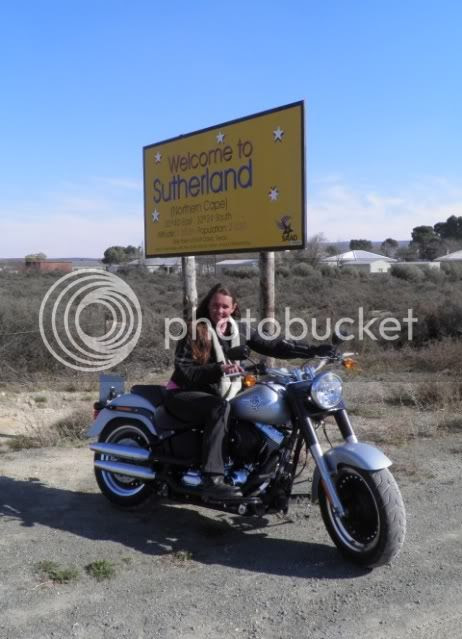 We tested some more bikes and came to the conclusion that one can never have enough bikes.

Back at the White House we rejoined the rest of the group.

On the menu for dinner: 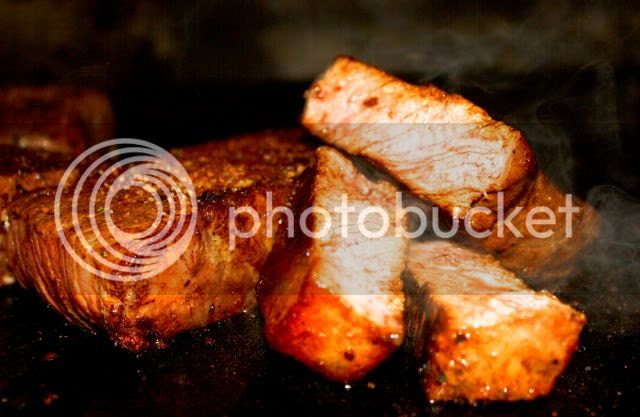 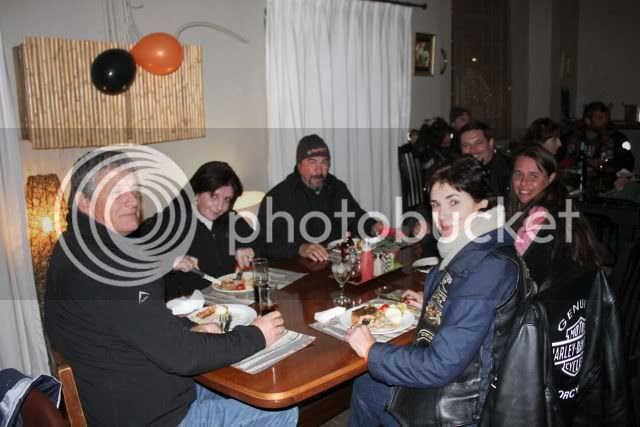 The Harley Chapters all have charities they support and this chapter is no different, so that evening they auctioned the Rally mascot. 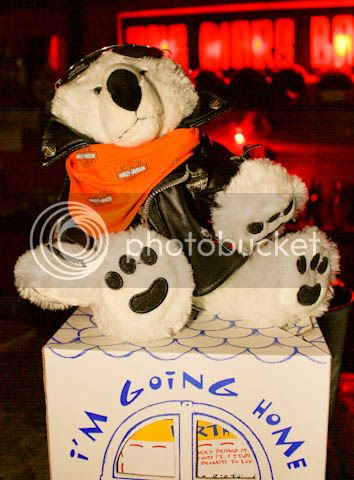 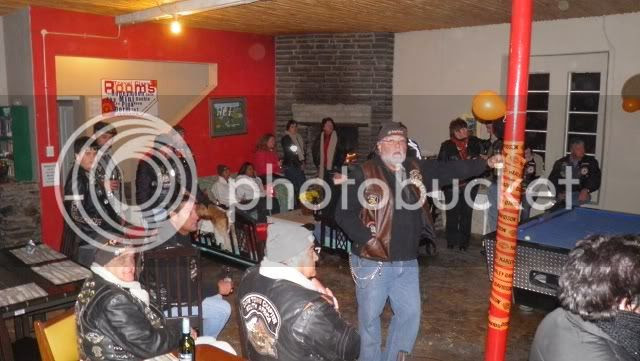 The money will train two seeing eye dogs for the blind and supply them with food for a year! 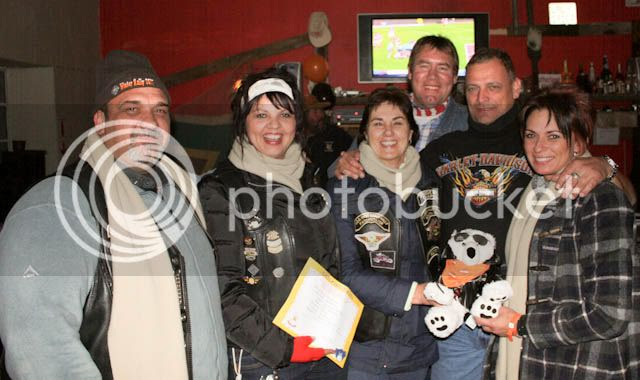 Then the party started in all earnest... 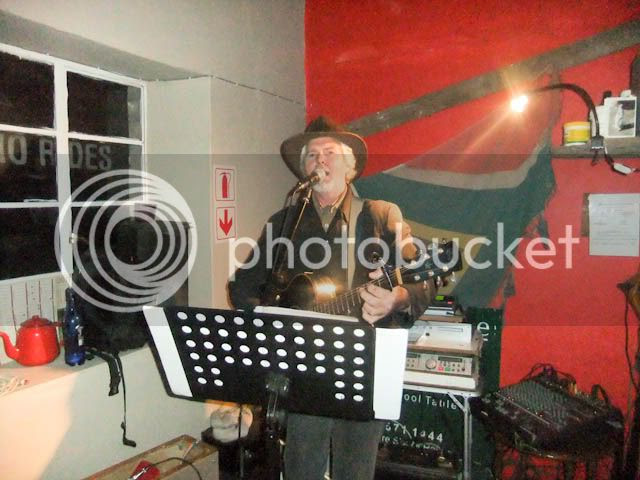 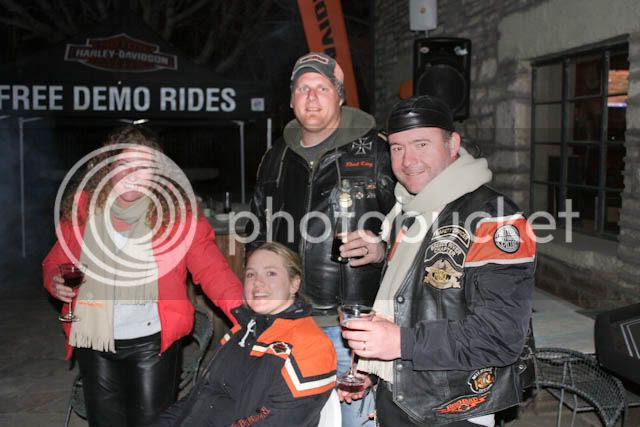 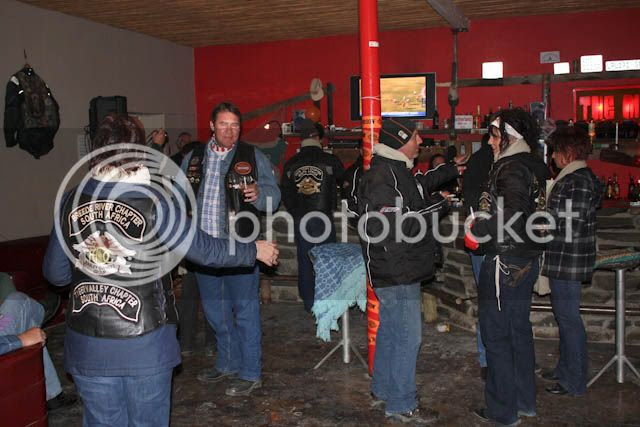 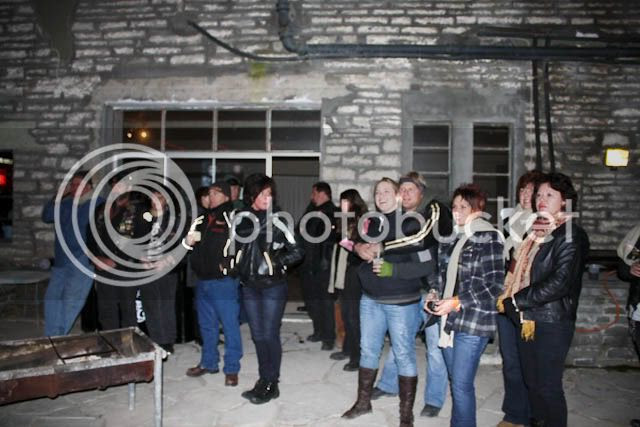 Later (much later) some of the Rally goers even joined in on stage. 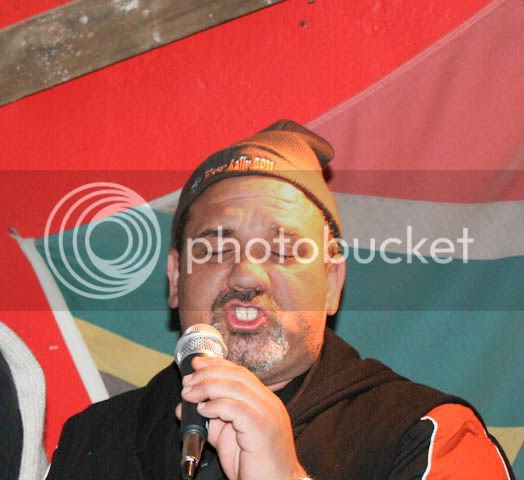