Heading to the Moon

Early on the morning of the 26th the sun rose as I headed to the rendezvous point. 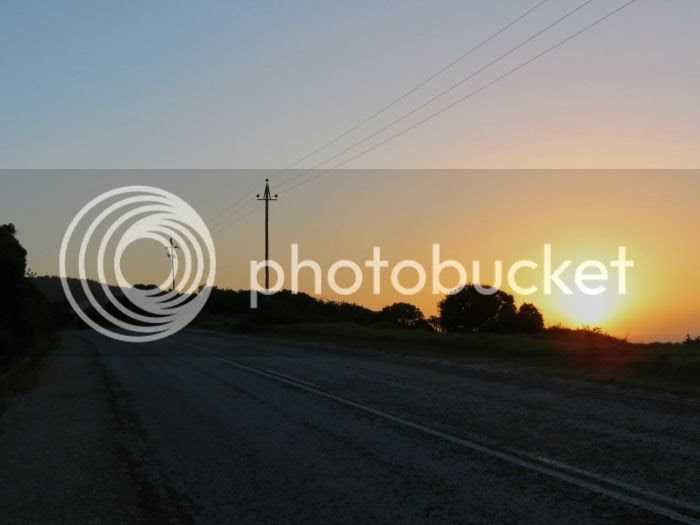 This is the best time of the day to be on a bike. Fresh air, beautiful scenery, all your senses tuned in to your surroundings. The smell of the ocean, the cold when the road dips, the contrasts between the shadows and the light. As starts to a weekend go, they don't come much better than this.

I was the last to arrive and found my riding buddies for the weekend in high spirits, already laughing and joking around. 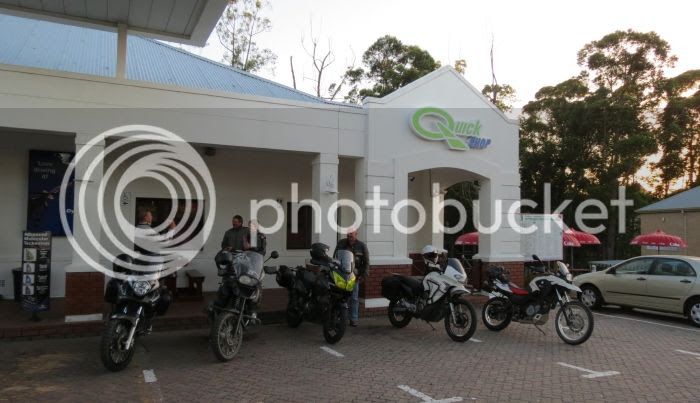 Dusty, being the only lady on the ride, even got a present - a Barbie Lucky Packet! 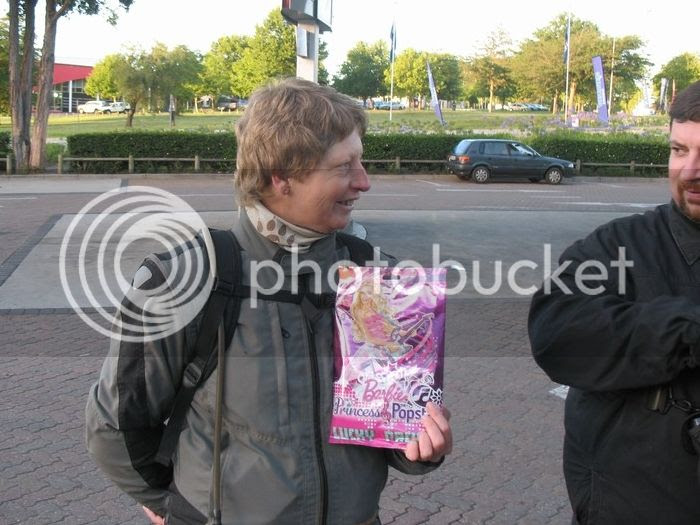 Just before 6am we hit the road. Today we head North over the magnificent Outeniqua Pass (as opposed to Montagu Pass) to make up some time. Temperatures approaching 40 degrees Celsius has been forecast for the areas we'd be riding through, so we hit the road early to avoid the midday heat. 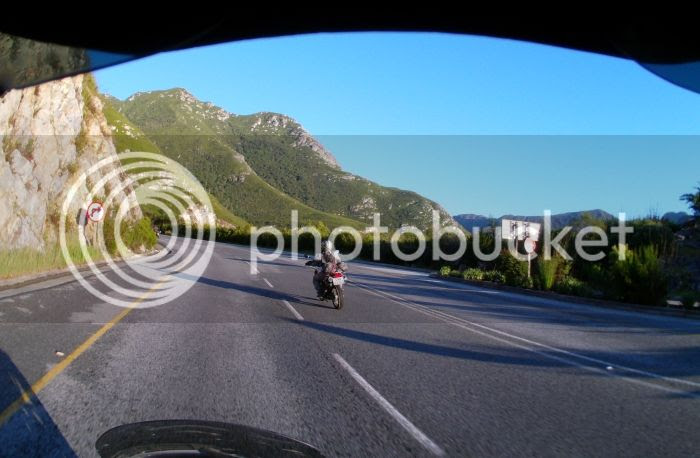 Outeniqua Pass ranks right up there with the best of them as far as scenic passes go. It is 14.5 kilometers long and was opened on 20 September 1951 by Paul Sauer, the then Minister of Transport. The original plans for Outeniqua Pass included two short tunnels near the summit, but in the end the route was taken over a neck in the mountain range, some 60 meters higher than the original route. 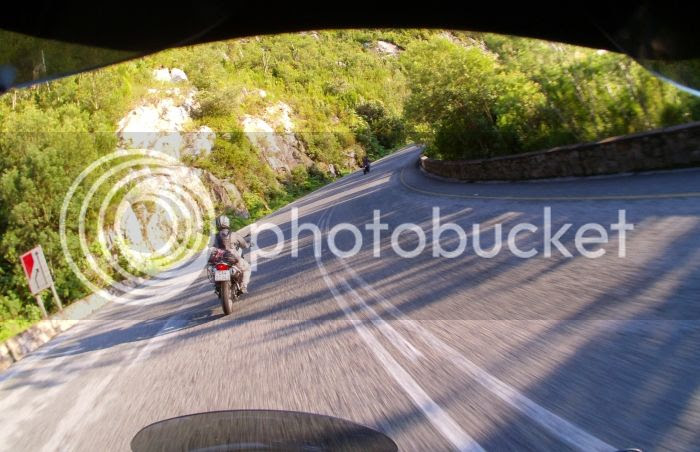 Just over the summit the road deposits you in Waboomskraal, an area famous for Hop farming. 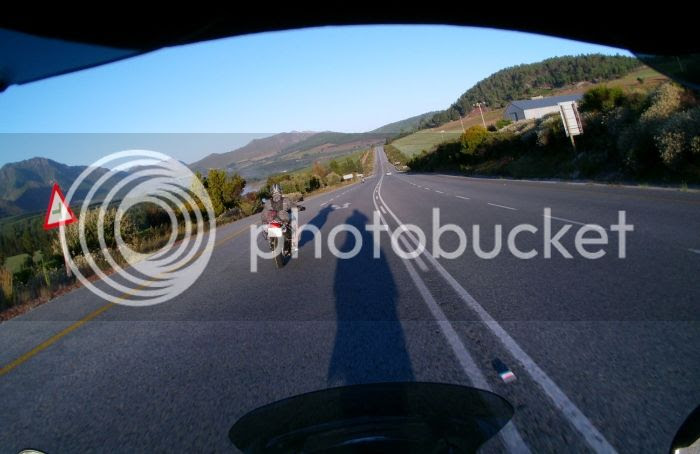 Hops are a climbing plant. They are trained to grow up strings or wires which support the plants and allow them significantly greater growth with the same sunlight profile. The pants can be seen on both sides of the road in the photo below: 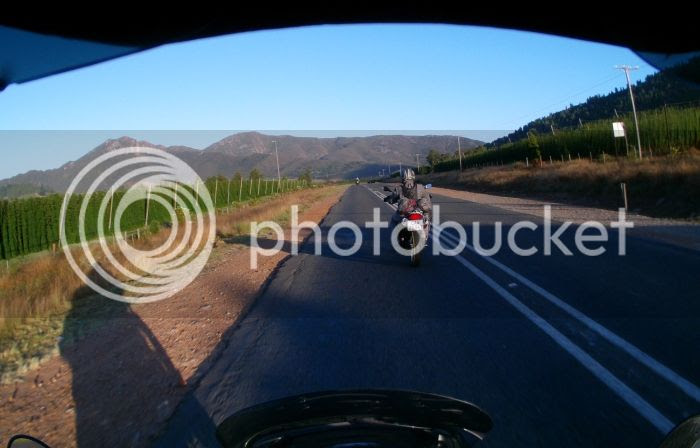 Hops are used in the beer making process.

It's the ingredient that gives beer it's distinct bitter, tangy flavor.

A short way further we emerge out of this valley and into the Klein Karoo. 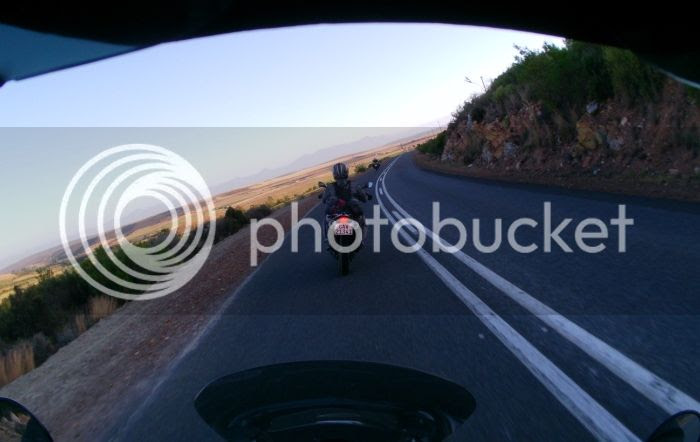 And the first gravel.

(I love these in-ride shots.) 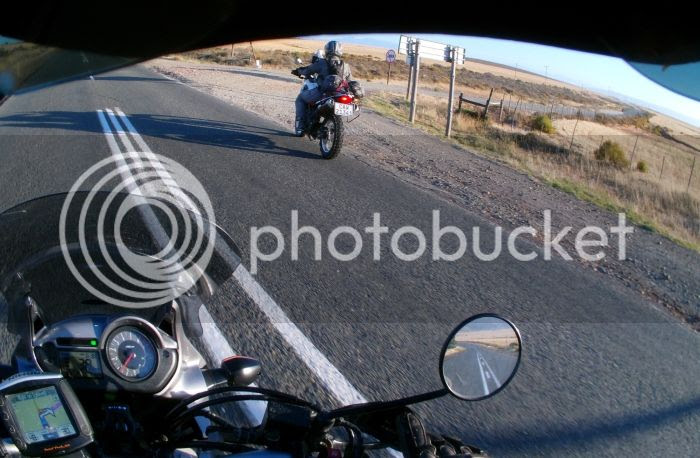 Eating dust - the job of the sweeper: 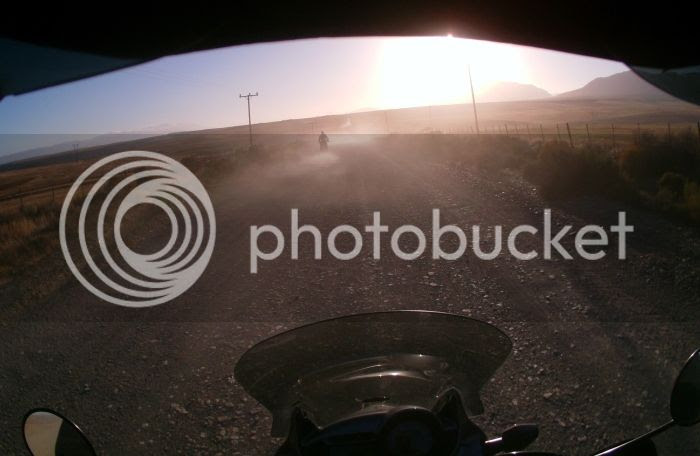 This is about 40km into the ride and we were settling into our rhythm now. Having ridden a lot less during 2012 I once again realized how much I missed it. I hope to take a lot more photos like these during 2013. 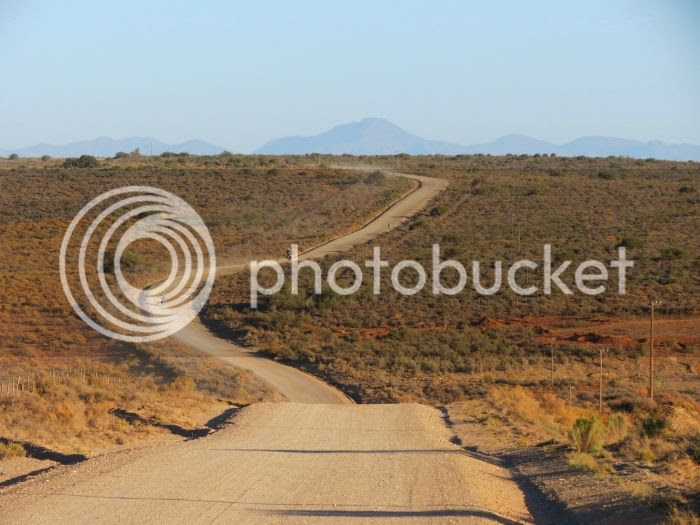 Riding past the Kammanassie Dam: 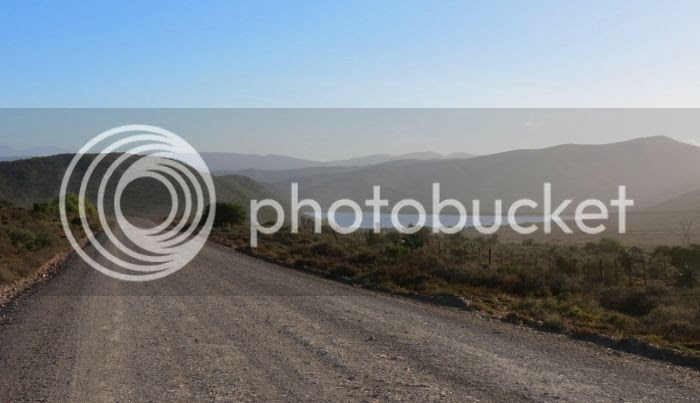 Approaching the redstone hills near Dysselsdorp. 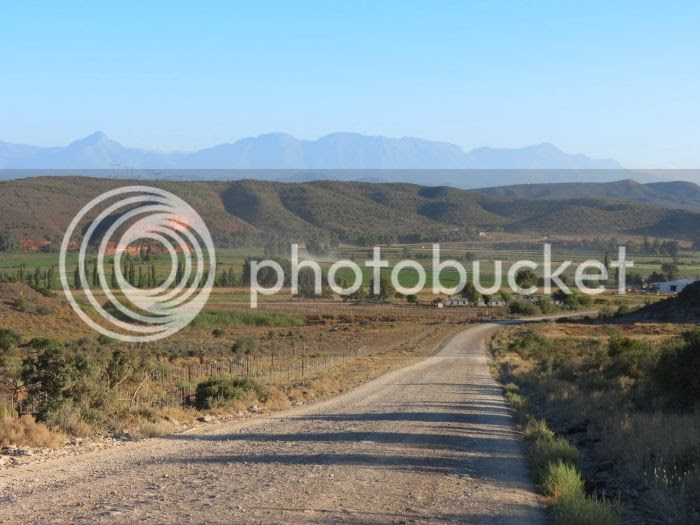 This time of the morning it catches the sunlight and is quite a spectacular sight. LGF taking a photo: 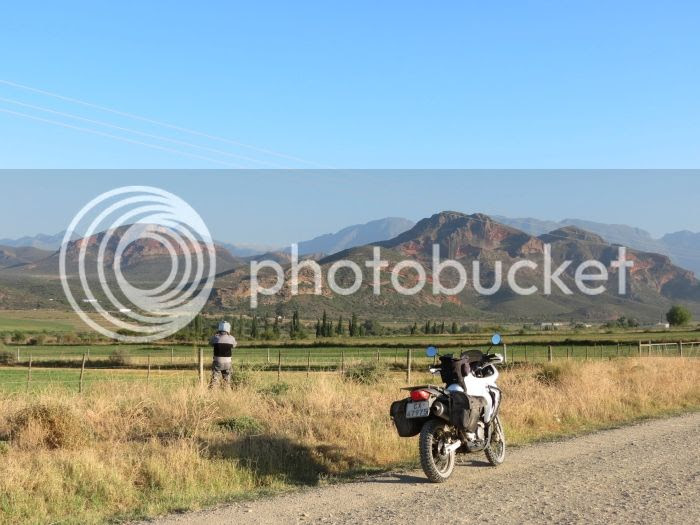 Somehow the pics don't capture the majesty of the real thing. 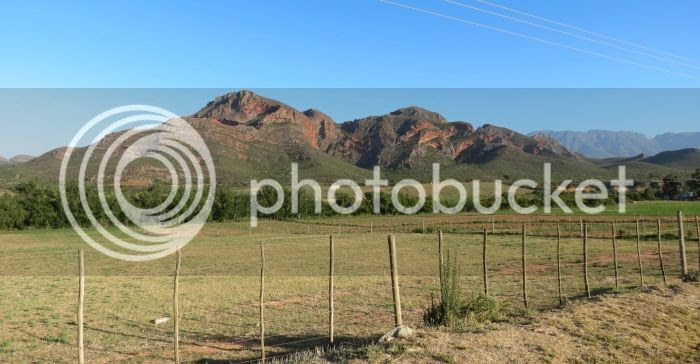 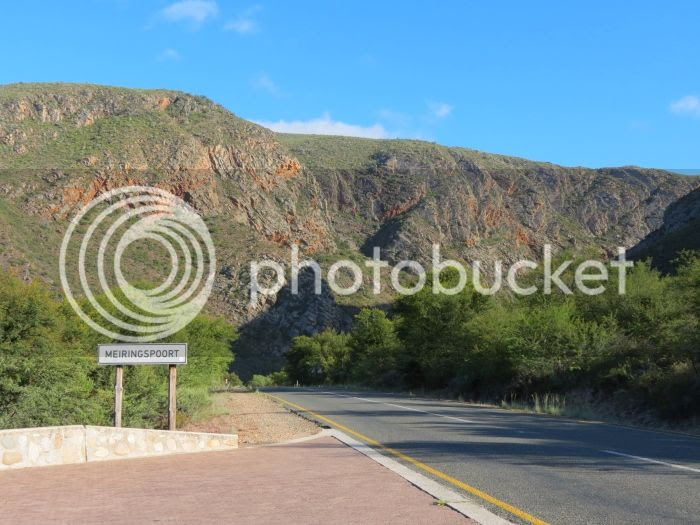 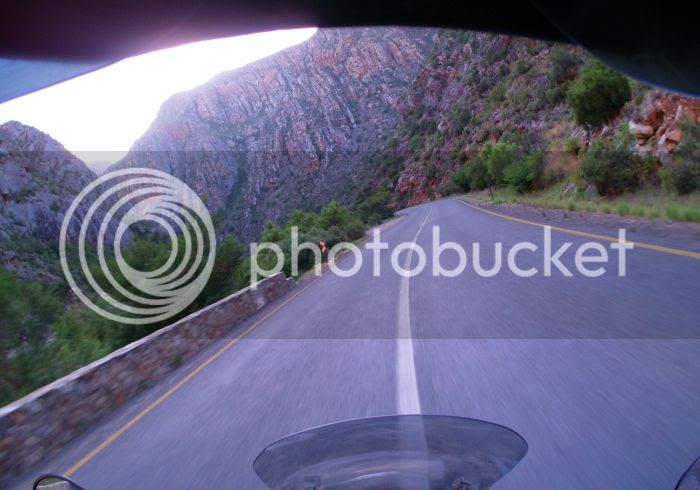 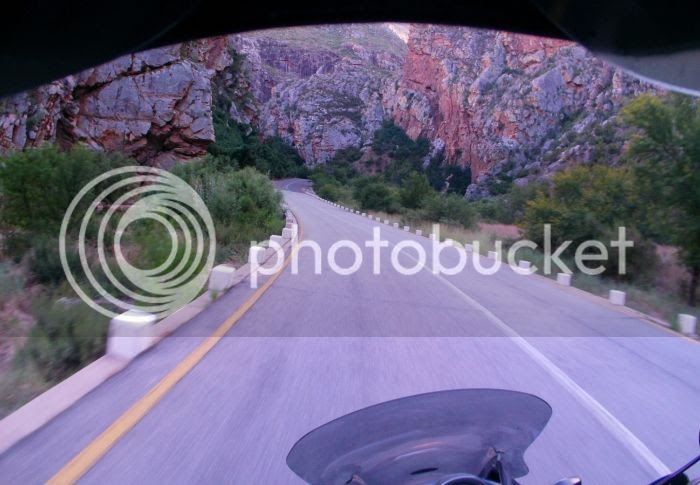 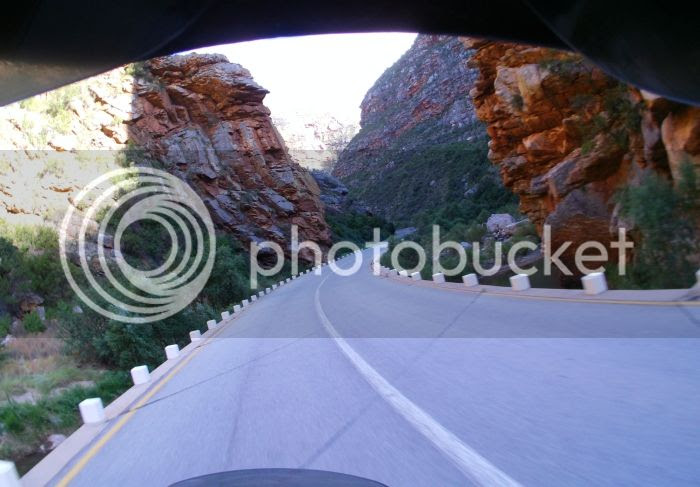 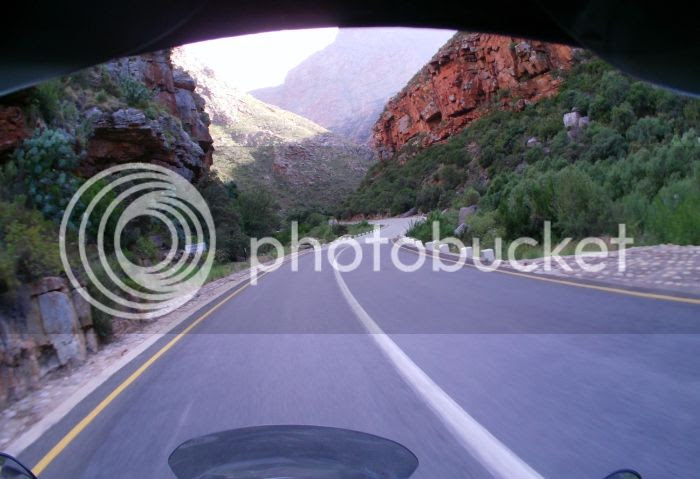 Just on the other side we regroup. It's still early, but it's clear that this is going to be a very hot day. 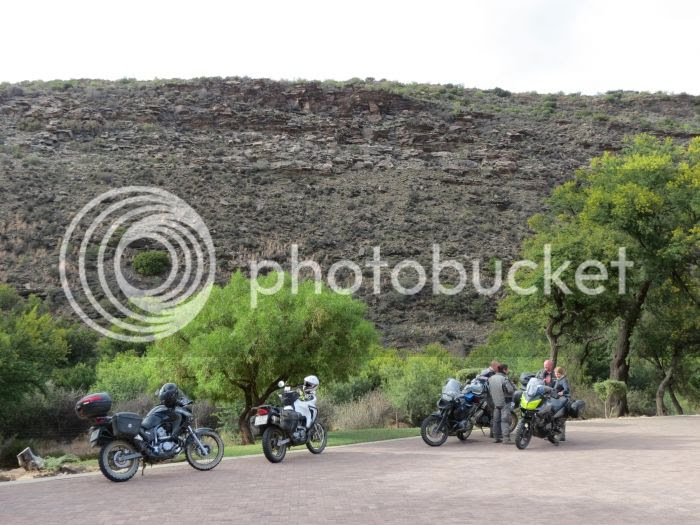 My pride and joy. Having ridden various new bikes over the past year, I appreciate this bike more and more.
Comfortable, versatile, reliable. 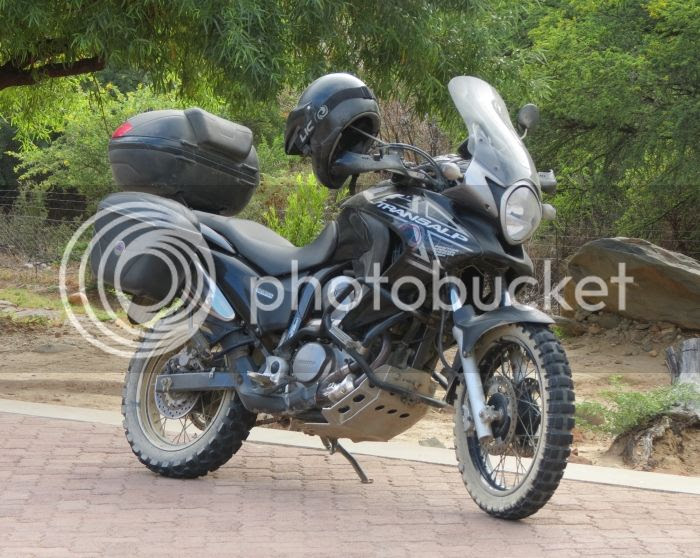 Soon we were on the road again heading for Prince Albert. The sun doesn't wait for anybody. 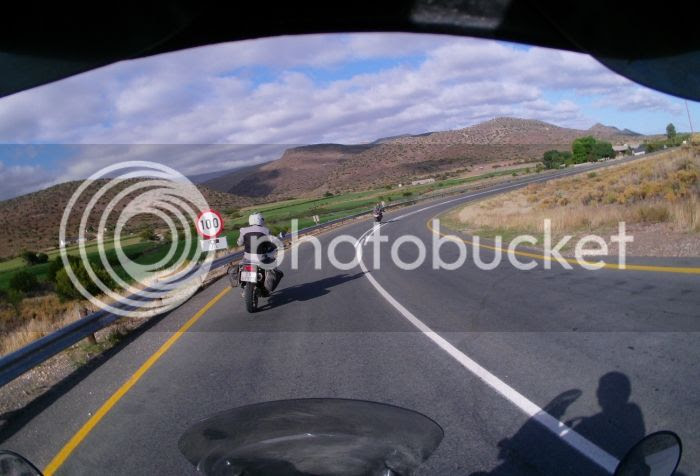 Prins Albert valley in the distance: 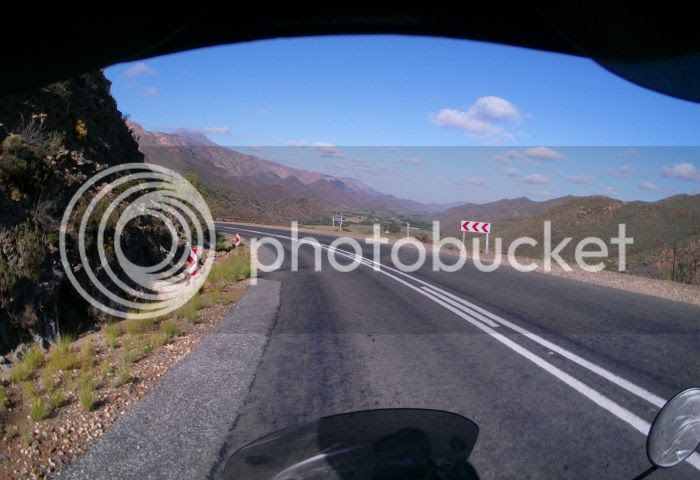 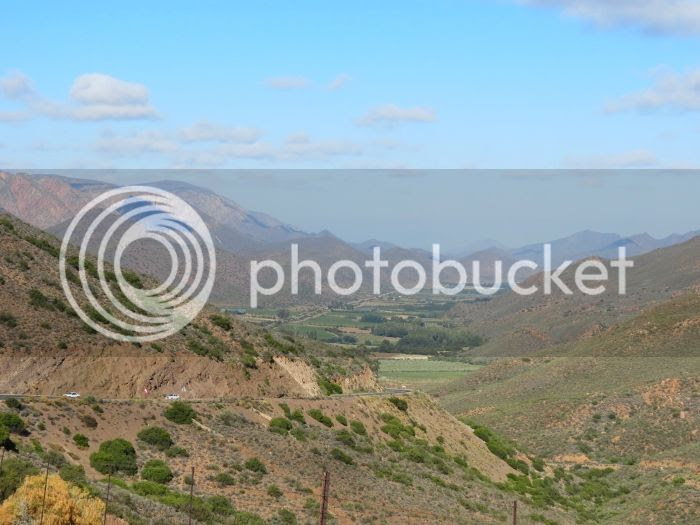 And finally, breakfast at the Swartberg Hotel. Our aim was to get here early, mission accomplished. 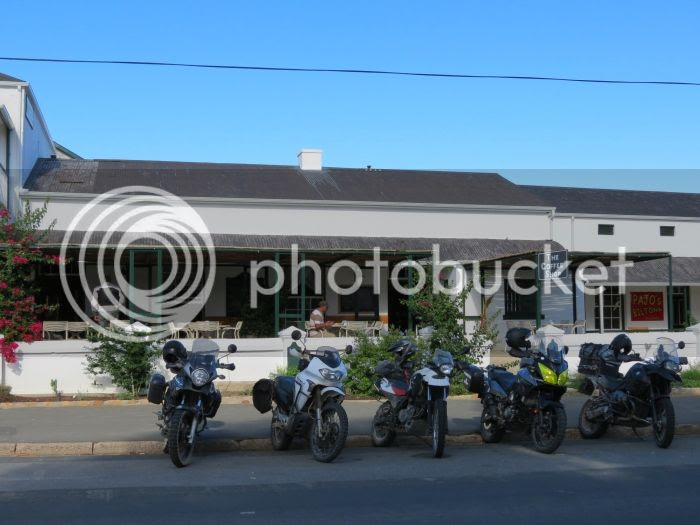 A full tummy is just the thing before you tackle the Great Karoo.

absolutely awesome and on our doorstep!I have just bought a 800gs and love your blog - would so like it to join you on your rides!!!