The young man who did this ride with me, recently acquired new wheels. His first Big Bike!

I had the privilege to fetch and deliver the bike to the eager new owner. 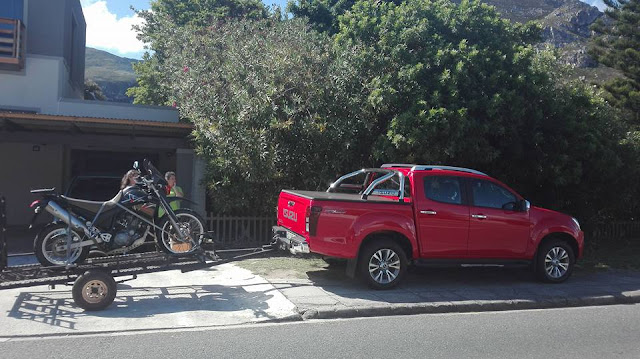 The previous owner has featured on this very blog a few times, although not on this bike. It used to belong to Eisbein.

For this young man this is a dream come true. And he bought the bike with his own money. 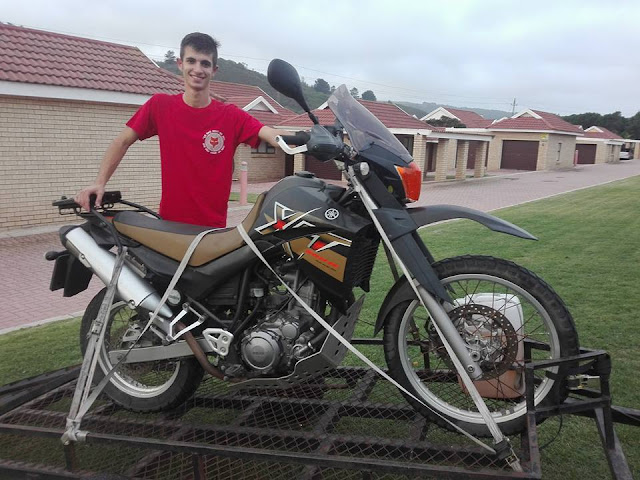 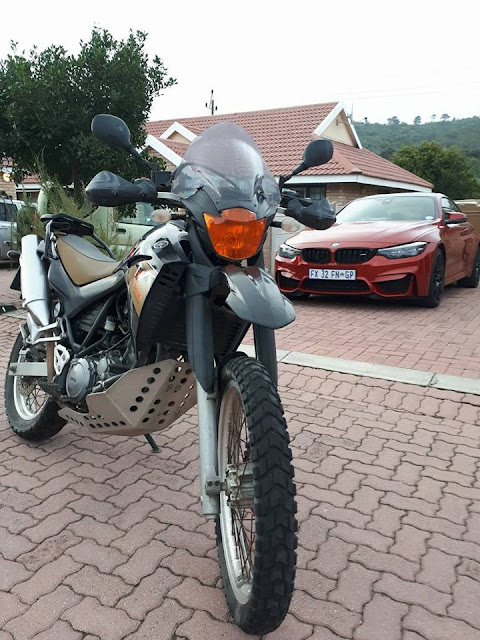 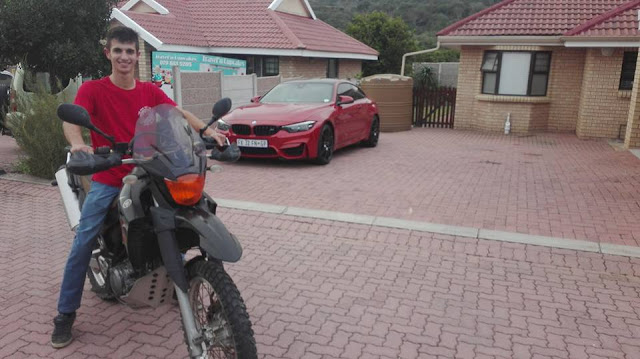 So does this mean this blog is coming alive again? Indeed it does! And yes, that is still the Trusty TransAlp. It's going nowhere and it's going everywhere. Meaning it won't be replaced by something new and yes I am still riding! 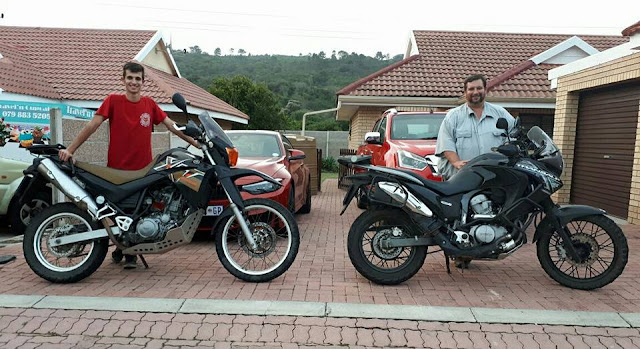 Since he took delivery he has made several modifications and plans to share those on his own blog post. We also have our first trip all planned - I'm going to show him Baviaans!

The date was chosen, the plans set. Then we got thrown a curve ball: 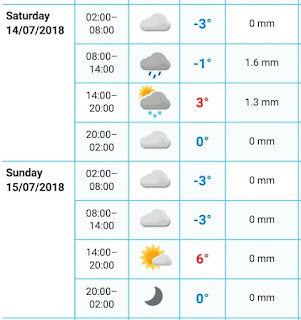 It's supposed to be an adventure right! In two days we ride.