San rock paintings located in the driest of Karoo areas depict Mermaid-like creatures, suggesting that she has been around for longer than any of us can comprehend. As previously stated there are 25 known sights of rock art depicting the Watermeid, but the location of these paintings are not public knowledge as they are protected. The sites range from the Ladismith district in the West to the Joubertina district in the East. There are different opinions to what these paintings actually depict.

Many experts who have studied San culture and rock art believe that rather than being a realistic depiction of something they've seen, these paintings are symbolic of the experience a shaman went through when calling for rain, and that they depict swifts or swallows (birds associated with rain), rather than mermaids.

In Prince Albert local experts Judy Maguire and John Begg are willing to show visitors the "mermaid" rock art they found on their farm. Judy is a palaeontologist and John a geologist, so they are the perfect guides. They also believe that the paintings depict swallows and looking at the painting on their farm you can see why:

It does kind of look like a swallow and might well be? This painting is on the Northern Side of the Swartberg range and thus in the Karoo (the only such painting in the Great Karoo?). There are a lot of paintings in the Klein Karoo though that clearly are not swallows. Examples where the painted figures are holding objects in their 'hands' so it can't possibly be wings.

Here is another well published picture of paintings depicting the Karoo Mermaids: In the above picture you can clearly see a fishlike creature holding something, perhaps a flute?

Through careful research I happened to figure out where some of these drawings are and of course I just had to go have a look! With permission of course.

These places are not easy to find and usually not easy to get to either. I'll use the photographs sparingly here, but here is an example of one of the places visited: To be honest it would be easy to ride past here and never know that there were San living there. In the next picture you can see the river in the foreground: 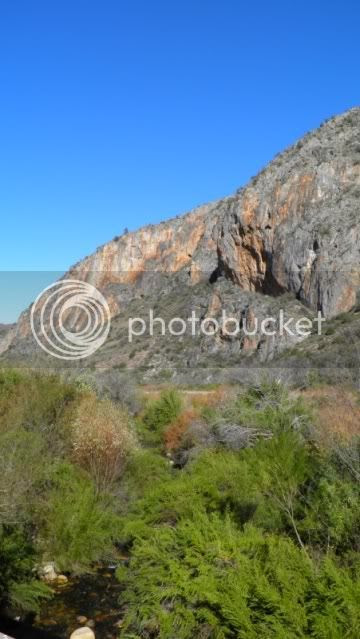 Some of the paintings at this location: In the picture above the two figures in the top right might also be swallows. In the picture on the left the figure is clearly holding something in it's hand with an arm with an elbow, still with a fish tail.

The next picture is clearly NOT a swallow. Decide for yourself: 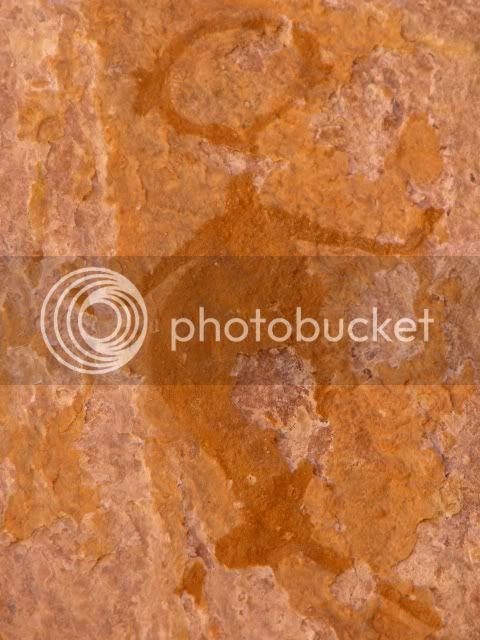 Skeptics argue that the San paintings are rather images depicting a ritual that a Shaman conducts to ask for relief from a drought.

Many other people point out that the San people were known for directly depicting what they saw - not interpretive rituals - implying that these were creatures encountered and recorded by the San people.

I am not an expert, but I have to wonder... The San people were found all over Southern Africa, some lived in areas much much drier than the Klein Karoo. Certainly those San would also have had rituals for rain? Why then did they not draw "mermaids"? Why do you only find the mermaid drawings in this area?

San who have never seen an elephant would not have drawn an elephant. Maybe the San in the other parts of Southern Africa never drew a mermaid because they never saw a mermaid?